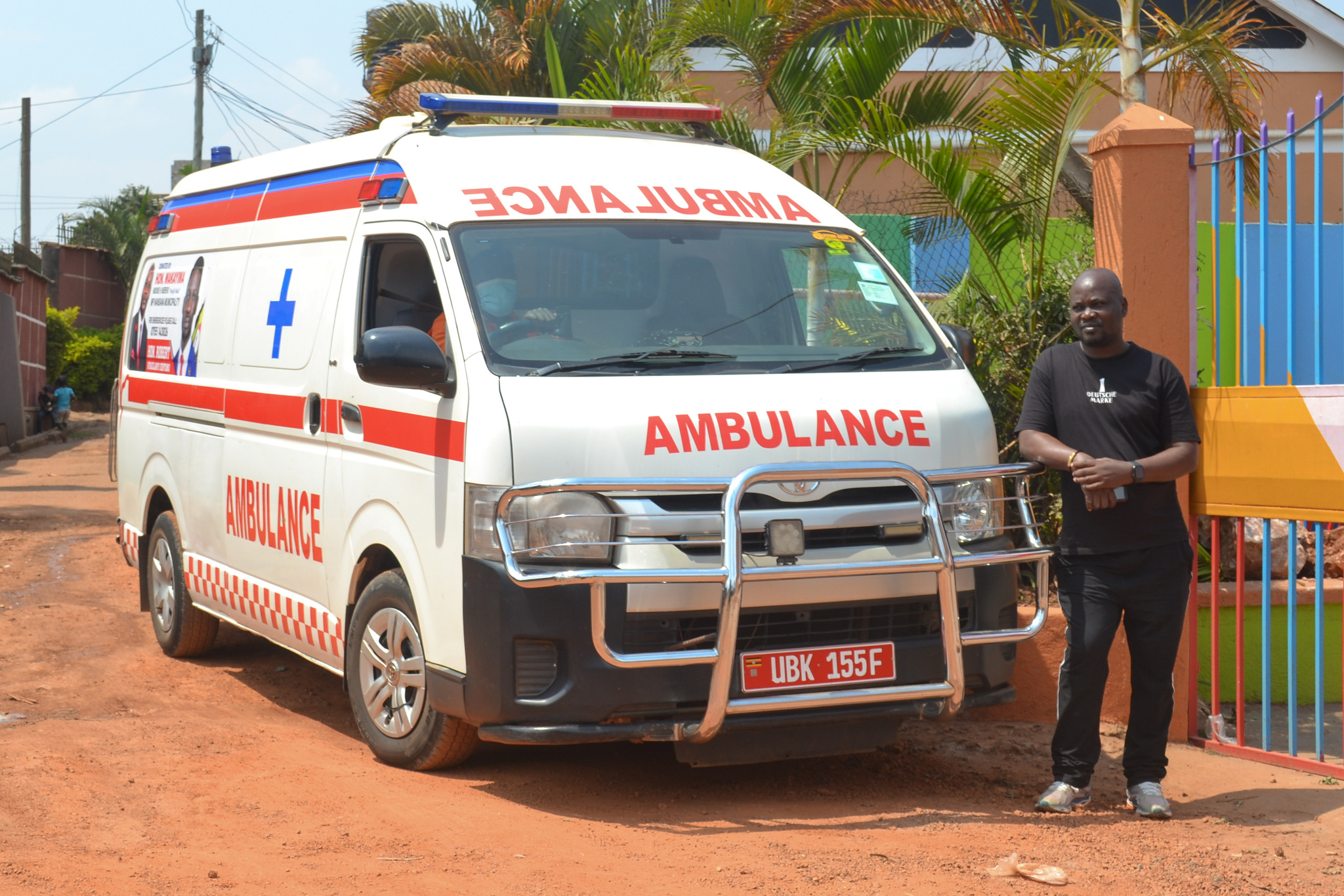 KAMPALA, UGANDA — From time to time in Kampala, the capital, an ambulance will weave its way through traffic, its red and blue lights flashing. The vehicle might have a politician’s name, picture and constituency represented in Parliament plastered on it.

These vehicles don’t belong to Uganda’s Ministry of Health or private health care facilities. They belong to an unlikely service provider: members of Parliament. Some provide ambulance services directly to their constituents — an effort, they say, to complement the country’s struggling emergency medical service infrastructure.

Betty Nambooze Bakileke, member of Parliament for Mukono municipality, owns three ambulances. Nambooze says she bought the first one in 2011, when a woman who shares a name with her died during childbirth in Mbale, a district in eastern Uganda, because she couldn’t get to the hospital quickly enough. There was only one ambulance at Mukono General Hospital at the time. “It moved me,” she says.

To use her ambulances, Nambooze says constituents contribute a subsidized amount of money to help with operational costs such as fuel. “I replace brakes weekly and wheels biannually,” she says. 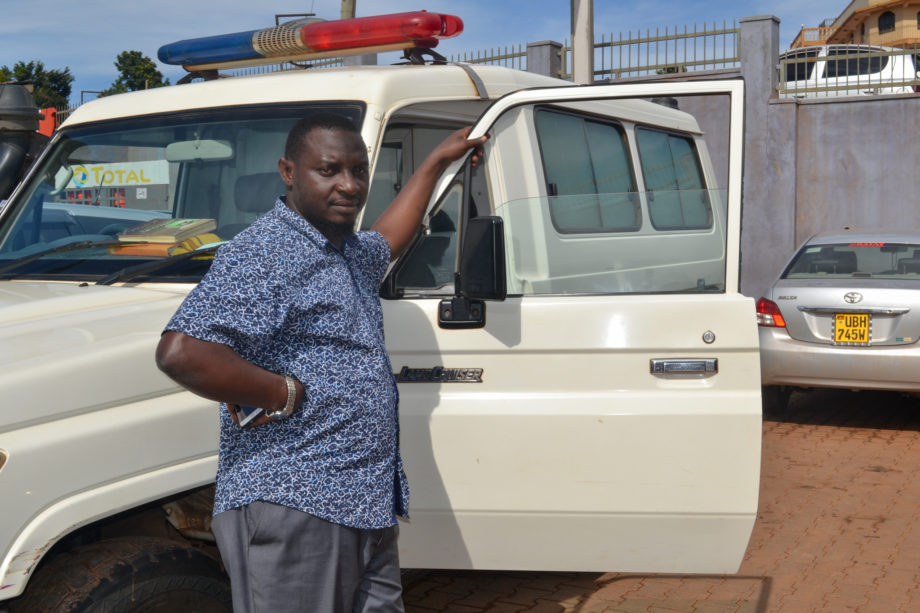 Sheik Abubakari Kayiwa waits for clients at a fuel station along Bukerere road in Kampala. Kayiwa, who drives the ambulance for Betty Nambooze Bakileke, member of Parliament for Mukono municipality, transports three to six people daily.

But some government officials are wary of this trend, saying that these ambulances don’t meet the specifications required by Uganda’s Ministry of Health and risk the lives of patients. Other critics worry about the shifting role of members of Parliament, who they accuse of providing public social services instead of legislating.

Uganda’s entire population of about 48 million people relies on 127 public ambulances, says Maria Nkalubo, principal operations officer at the Ministry of Health. Many of these ambulances can’t offer any sort of emergency care, according to a study on the state of emergency medical services published in BMC Health Services Research, a global health research journal that relied on data collected in 2018. The study found that the ambulances lack equipment or medical supplies and trained personnel. Only 27% of the health facilities that participated in the study had permanent staff trained to provide emergency services. Most didn’t have emergency services operating 24 hours a day.

There are private health facilities offering emergency medical services, but Nambooze says they could cost up to 400,000 Ugandan shillings (about $103), an amount many Ugandans can’t afford. It’s this gap that members of Parliament are trying to fill by purchasing ambulances for their constituents, she says. About 185 such ambulances operate across the country. 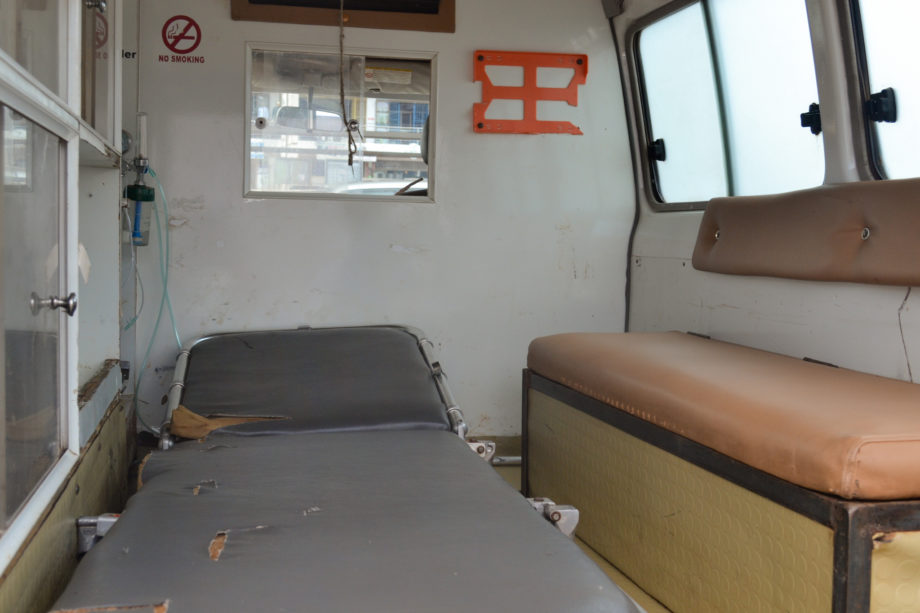 The interior of Betty Nambooze Bakileke’s ambulance in Kampala, Uganda. The Ministry of Health has raised concerns over ambulances bought by members of Parliament, saying they are not up to standard and serve only as publicity material.

While this is helping communities access emergency medical services, a Ministry of Health assessment in 2017 and 2018 revealed that most of these ambulances failed to meet the required specifications to safely transport patients, Nkalubo says. Although ministry officials notified members of Parliament to consult them, very few did.

In a more recent move to ensure quality emergency medical services in the country, the Ministry of Health issued norms and standards in 2021 to which service providers must adhere. The standards outlined different types of ambulances and their specifications, including the appropriate vehicles, accessories, medical equipment requirements for handling patients, and personnel.

Drivers operating the ambulances should receive at least the World Health Organization-certified in-service training for defensive driving skills and basic life support training, which the ministry provides, Nkalubo says. But many drivers of the ambulances donated and operated by members of Parliament do not have these skills. “An ambulance cannot run without a fully trained driver and emergency medical equipment,” she says.

While there is no recorded data on harm or fatalities caused by lack of equipment or underqualified staff in these ambulances, Nkalubo says chances of survival in an ill-equipped ambulance with no trained staff are minimal, especially for life-threatening emergencies.

Sometimes, it’s a different kind of risk. Juliet Nimusiima says she was riding with her sister, who was pregnant with twins and due for delivery, in an ambulance owned by a member of Parliament when supporters of another political camp pelted them with stones. “We were both scared,” she says.

Although the driver managed to get them out of danger, she and her sister sustained minor injuries.

Uganda’s population of about 48 million people relies on 127 public ambulances.

Sabiti Makara, professor of political science at Makerere University in Kampala, sees a problem with members of Parliament providing services, which isn’t their responsibility. “MPs are mandated to do legislation and oversight,” he says. “They should pass legislation and advocate to ensure the government provides emergency medical services for their constituents.”

Members of Parliament already have come under fire from voters and experts for taking on the responsibilities of public agencies to win elections. A 2020 report by the Alliance for Finance Monitoring, a Kampala-based organization that monitors election spending, found that immediately after winning elections, members of Parliament focused on community projects to establish ground and prepare for the next election cycle. This could increase political corruption in the country and rob voters of good representation, according to the report.

While Nambooze agrees that she should help her constituents receive better services by passing legislation, she says it can be a lengthy process. She could have pushed the ministry to provide more ambulances, but she says her constituents’ needs were too urgent.

Her ambulance fleet meets the ministry’s standards, she says, as she consulted officials before purchasing the vehicles.

Hannington Wakayima Musoke Nsereko, member of Parliament for Nansana municipality, bought an ambulance for his constituency during the pandemic. His constituents badly needed one, he says, and there wasn’t time to consult the ministry. “It was like a fire brigade.” 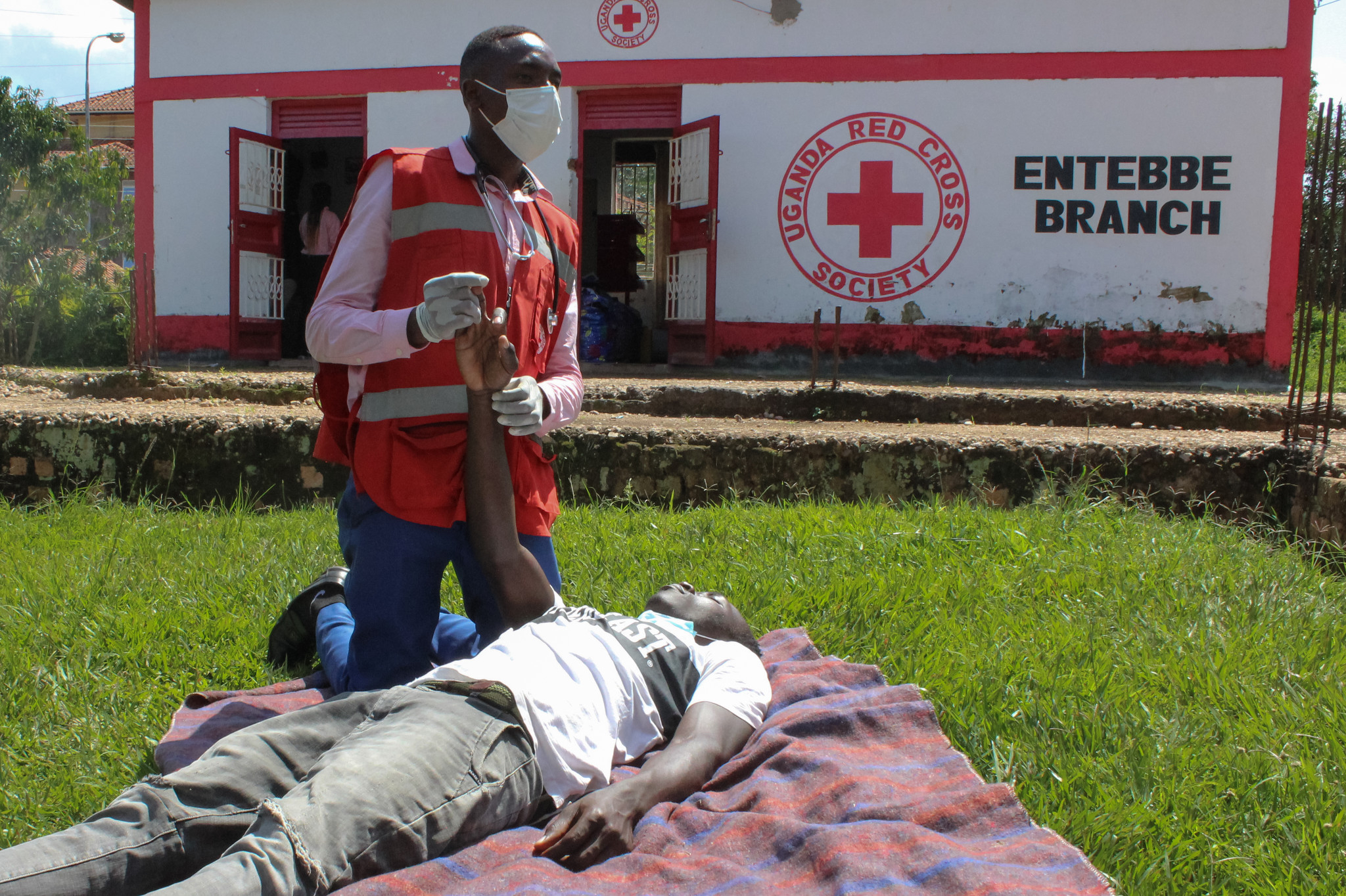 There’s no major government health facility serving his constituency. Those who need emergency referral services must hire a private ambulance for about 250,000 shillings (about $65). But for his ambulance, constituents contribute 50,000 shillings (about $13) for transport. He pays the driver and for maintenance of the vehicle. In some emergencies, he provides fuel. His ambulance has the right specifications, he says.

Wakayima admits that sometimes his ambulance breaks the Ministry of Health’s rules and transports bodies to the mortuary or to funerals, which is illegal. There are specialized funeral vans for this. But, he says, it’s often the only option available for those who can’t afford such services.

Nkalubo sees the need for officials in both branches to collaborate and ensure that services are up to standard. “We need to agree on how to operate the ambulances,” she says. “Let [members of Parliament] remember that ambulances provide special services that are supposed to be provided by the government. Health is about life and death.”