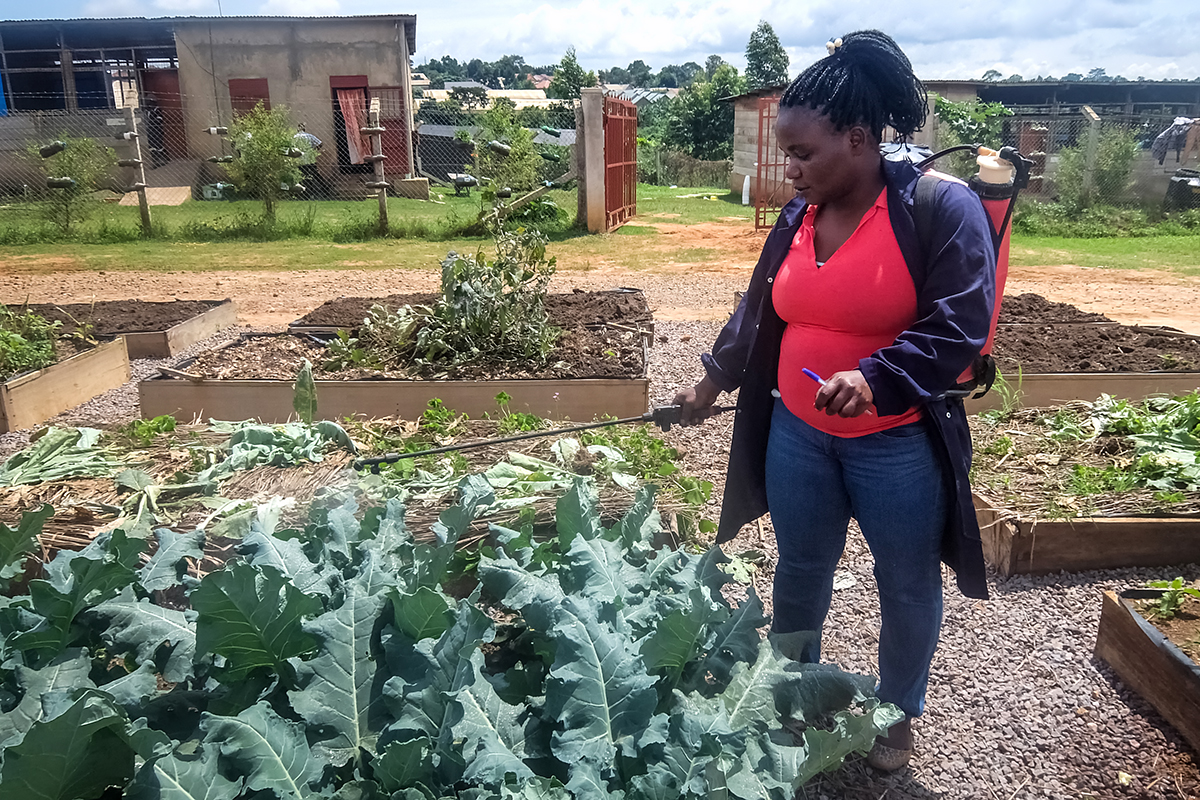 KAMPALA, UGANDA — A customer with watery eyes weaves through a maze of stacked stalls at Sebco Arcade, formerly known as Container Village. Another customer trails behind, letting out a loud cough. It’s impossible to escape the strong smell of chemicals at this shopping hub in Nakivubo, in Kampala’s central business district.

“This day has begun well,” Haruna Muwanga says with a smile, as his brother and business partner, Hassan Mbidde Muwanga, hauls a 60-liter container of pesticides worth 450,000 Ugandan shillings ($121) to a customer’s van parked nearby.

Ugandan farmers are turning to chemical pesticides and other agrochemicals to keep their crops safe and to increase yields. To meet the growing demand, people are mixing and selling pesticides in some of the city’s major markets. As medical experts warn against constant exposure to the potent mixtures, the government is stepping up efforts to better regulate the sale and distribution of farming inputs used for soil fertility and pest control. 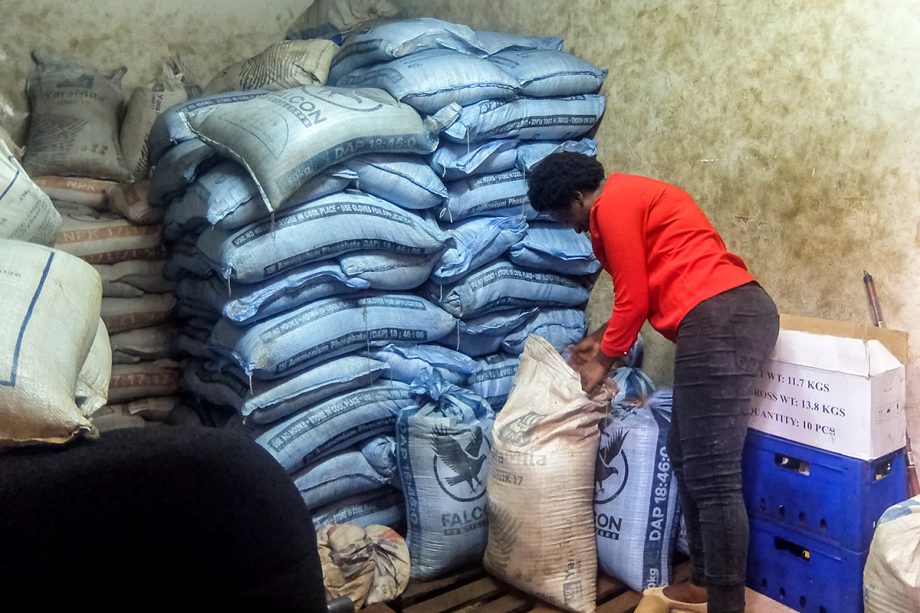 Agatha Kobusingye, whose cousin owns a shop at Sebco Arcade, shows off their stock of pesticides, which are kept in a small office attached to the store.

Uganda’s agriculture sector employs nearly 75 percent of the population and contributes 85 percent of export earnings, according to the United States Agency for International Development (USAID). Uganda’s Ministry of Agriculture, Animal Industry and Fisheries reported that the agriculture sector grew at an annual rate of 2.2 percent between 2010 and 2015. But during some of those years, agriculture’s contribution to the gross domestic product declined.

Despite setbacks, the government intends to expand the agricultural sector, especially its export market. An increase in agricultural productivity among small-scale farmers will help the government reach this goal, experts say. But a lack of adequate farming materials, tools and capital is limiting farmers’ output.

Fertilizer usage in Uganda is among the lowest in Africa, with many small-scale farmers unable to afford the high prices. Pesticides, however, are widely accessible in the East African country, as imports have increased.

There are more than 300 registered pesticides in Uganda, according to USAID. Legislation to control the quality, sale and distribution of these products exists, but hazardous counterfeit pesticides have made their way on to the market.

Around the world each year, acute pesticide poisoning causes 200,000 deaths, according to sources cited by the United Nations Office of the High Commissioner for Human Rights. Tom Mwambu, a heart surgeon at Mulago National Referral Hospital, says pesticides are particularly harmful to farmers, many of whom do not use protective gear when applying chemical-based mixtures to their plants. Pesticides can also be detrimental to those who sell them and who constantly are exposed to the products and are inhaling the fumes, Mwambu explains. Cardiac arrest, cancer, and kidney and liver damage are some of the health problems caused by pesticides, the surgeon adds. 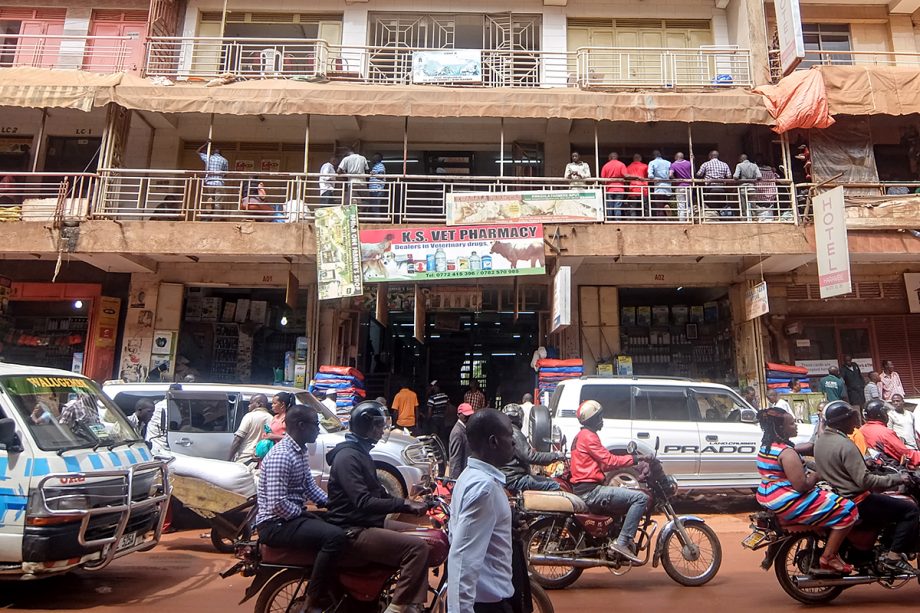 Sebco Arcade, a major shopping complex in Nakivubo, an area in Kampala’s central business district, is known for the strong smells of pesticides sold by many vendors.

At Sebco Arcade, there are 53 shops, each with more than four employees, says Badru Deen, manager of the privately owned complex. Vendors of pesticides are mixed in with sellers of shoes and other items. Despite the health risks associated with exposure to agrochemicals, vendors say that business comes first.

Hassan Muwanga says that he and his brother started selling pesticides six years ago.

“Before I got used to the chemicals, the smell was intolerable,” he says. “But after a few weeks, I started feeling normal.”

Jane Tushabe, who sells previously owned shoes at Sebco Arcade, says she occasionally has to leave the shopping complex because the smell of chemical pesticides dries her throat, clogs her nose and makes her chest feel heavy. But to earn income to support her seven children, the 51-year-old businesswoman says she has to keep coming here.

Hassan Muwanga says drinking lots of fluids has helped him cope with the chest congestion caused by the polluted air.

While government officials acknowledge that pesticide vendors are growing in number in some parts of the country, they say there are procedures in place to guarantee safety among sellers and consumers. 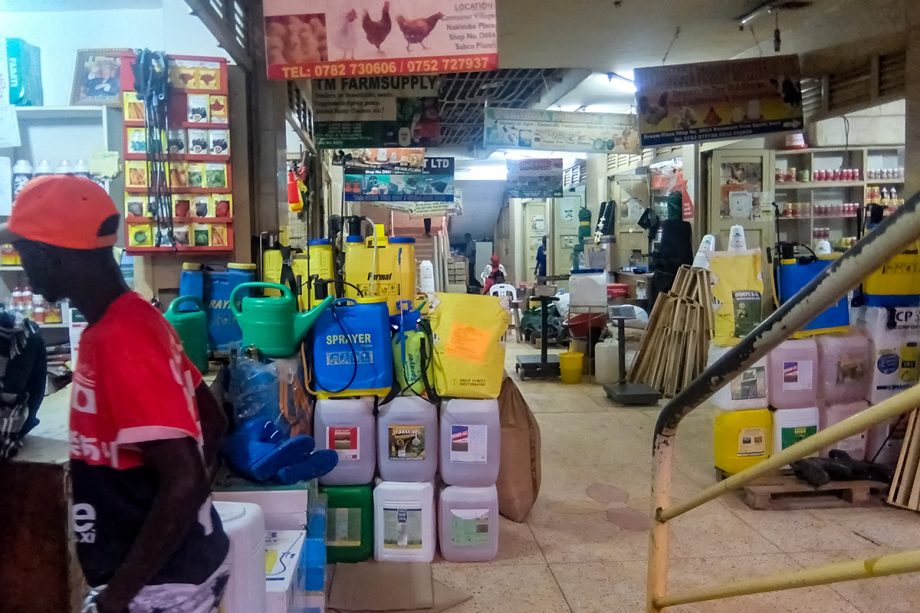 Vendors store and sell pesticides in bulk at Sebco Arcade, a major shopping complex in Nakivubo.

“We ensure that every trader is certified and licensed,” says Andrew Byamugisha, senior inspector of the Crop and Pesticide Control Unit in Namalere, a village in the Wakiso District. Those who want to sell pesticides must apply for a license through the Crop and Pesticide Control Unit, under the Ministry of Agriculture, Animal Industry and Fisheries, and are required to hold a diploma in agriculture or a related field of study from a postsecondary institution or its equivalent, Byamugisha adds.

But unlicensed vendors and those selling counterfeit pesticides are many, because they often work in the shops of friends and family who have licenses, says Stephen Byantwale Tibeijuka, commissioner for crop protection at the Ministry of Agriculture, Animal Industry and Fisheries.

John Grace Sewanyana, the agriculture law enforcement officer with the Uganda Police Force, says he and colleagues perform inspections at Sebco Arcade at least four times a month. Sellers who are using the pesticides in a manner considered harmful to the environment or to customers and other vendors are subject to a fine of 2 million shillings ($538) and a prison term of up to two years, Sewanyana says.