Skip to main content
The story you are reading was published on Wednesday April 26, 2017. To read more recent stories click here. 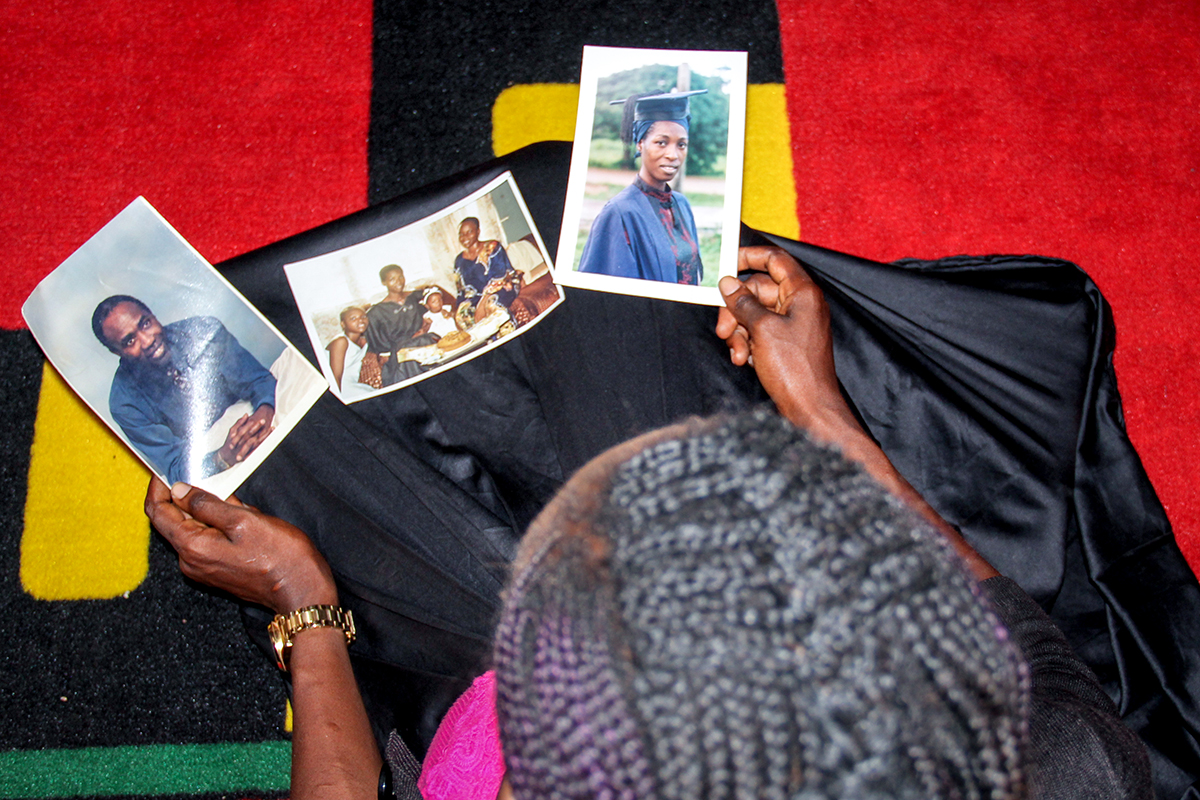 IBADAN, NIGERIA — The loss of a loved one is usually traumatic. For many Nigerian widows, they live not only with psychological challenges, financial constraints and the burden of raising their children alone, but also with the cultural demands of widowhood.

The duration and requirements of the mourning vary from culture to culture, from in-laws to in-laws. 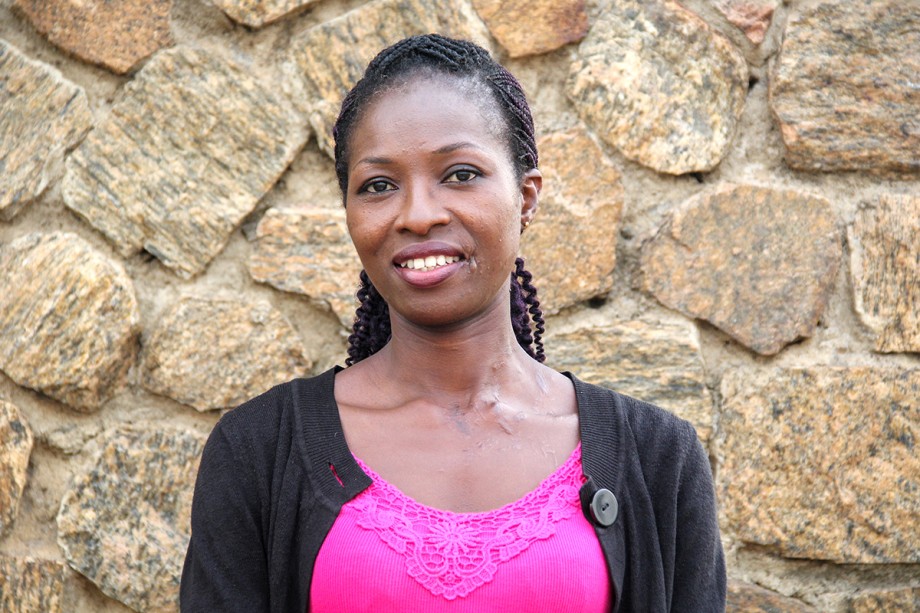 Folasade Johnson poses for a portrait to show scars that she sustained from the car accident that killed her husband.

After a car accident that led to the death of her late husband, Folasade Johnson was still recuperating with a plaster of Paris cast supporting her neck when she finally was allowed to enter her home. Members of her late husband’s family would not let her go there alone, or take anything out of the house.

After an intercession by a female member of the family, who also was a widow, Johnson was allowed to take her own personal effects — clothes, shoes and bags.

“They followed me everywhere to supervise the things I took. I noticed some things were missing … his guitar, keyboard. I wanted to pick some music CDs.” But she says she was told, ‘No you can’t pick this, that belongs to bros’ – referring to her late husband.

Johnson says that she could not take even the things that she bought with her own money.

New Foundation and Support Group Created for Widows in Nigeria
Inhumane treatment of widows is common in parts of Nigeria. The Hope Soars Foundation for Widows aims to offer abandoned women support and a sense of belonging. Read the story.

“They took everything, even spoons and pots,” she says.

Once displaced from her marital home, she and her 10-month-old daughter were kindly taken in by her godmother.

For one year after his death, Johnson mourned her late husband by wearing only two dark-colored outfits.  She cut her hair, refused to use body cream and wore no jewelry. During that first year of her widowhood, she says every morning was filled with regret.

“My mind was blank. I looked at life and asked was it really worth it? I hoped for death every day. I never wished to see the next day. Anytime I wake up, I would sigh and say, ‘I am alive again.’”

On May 27, 2017, it will be 11 years since her husband’s death. Johnson says that she is in a better place now. She is using her own experience to encourage other widows.

“What if we left the hospital and had nowhere to go? Will we go and sleep under the bridge? What if this happens to other women and they don’t have anywhere to go?”

She has founded a group to support widows called the Hope Soars Foundation for Widows. (See the related GPJ story here.) 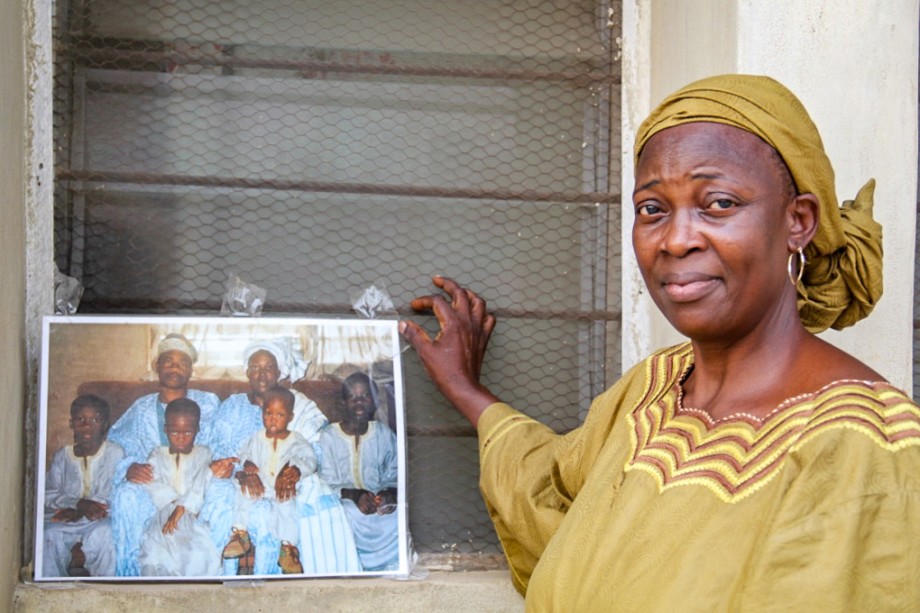 Modupe Oyebode stands beside a family picture that includes her late husband.

Modupe Oyebode lost her husband in 2002 after 17 years of marriage. Their wedding picture hangs in the sitting room.

“He is a complete gentleman,” she says, a smile appearing at the corner of her lips. She hardly refers to him in past tense for the first 10 minutes. Her husband had been sick and when he died she says the pastor of her church sent a nurse around with a sedative.

Yet sleep was far from her. The sedative did not work, she says, and it was the beginning of three months of using sedatives without effect. It was also the beginning of hostilities from her husband’s family.

“After his death, eight of his family members moved into our house. They told me that culture demands that immediately when your husband dies you start wearing clothes with dark colors.”

She says that kept her inside for 21 days even though she needed to go to her job as a school teacher so that she could provide for her children.

Her husband’s family, Oyebode says, ate whatever food people brought for her during the mourning period and left her to entirely raise her four boys alone.

On June 6, 2003, a year and one week after her husband’s death, death struck again. Two of her sons were involved in a car accident. One died, the other survived after days at the hospital. This second strike of death was particularly disturbing as there was no one to share her grief with.

Today, Oyebode says that she still struggles with loneliness.

“We were so close. I never had friends. After his death, I was very lonely. Many times, I would forget that he is dead and ask: So what do you think? Then realize that he is no more.” At moments like this, she says she would cry. To cope, she threw herself into activities, like attending seminary, her work as a teacher and farming.

On May 23, 2017, it will be 15 years since her husband’s death. Oyebode says he would be proud of his sons. The second son is now a medical doctor, the last two are at university. She says she struggles to pay their school fees.

“I know that he keeps watching over them,” she says, her gaze fixed on the ceiling. 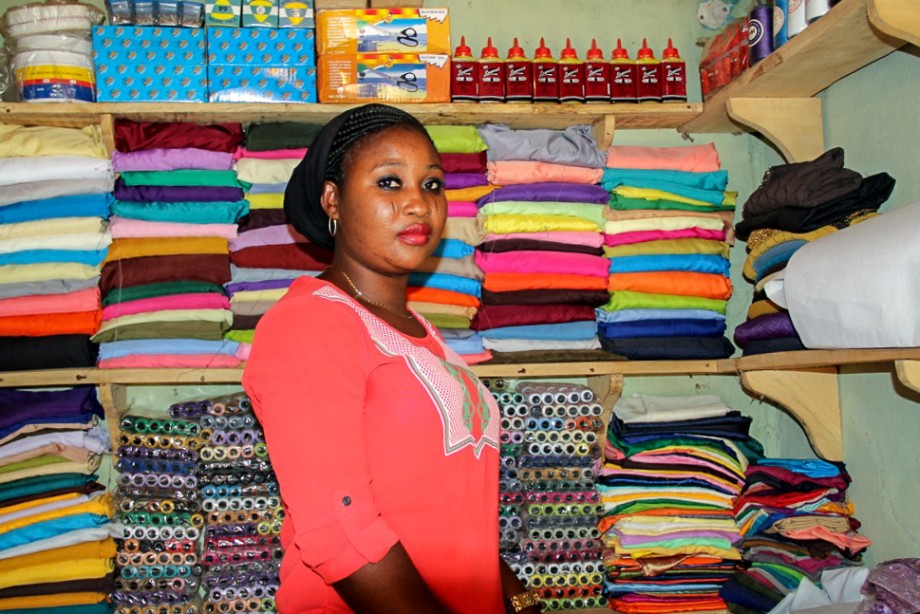 One of the major issues following the death of a spouse is the question of whom will be responsible for the children. They had three children: ages 8, 5 and 5-months at the time of their father’s death. Her late husband’s family wanted to take the two older girls away from her. But her father stepped in to say that they all should stay together and if they wanted to take the two girls, they would have to take the mother and baby too.

“You either take all four of them or leave them,” she says was her father’s response.

So they left them to stay with her father.

“They gave me 5,000 Nigerian naira ($16.34). Then gave me their phone numbers that I should call whenever I need anything. I would call but they never picked up my call.” She says she suspects that they had agreed not to answer.

Adedeji says she remembers her late husband often, especially when it comes to responsibilities they shared.

“Is it when I want to buy things for the children? Or is it when the school threatens to send them back home for unpaid fees? You know I remember him and say: if he were here, we would do these together so there won’t be a lapse.” She says that the baby who is now two calls her grandfather “Daddy,” but that her older girls understand that their father died. 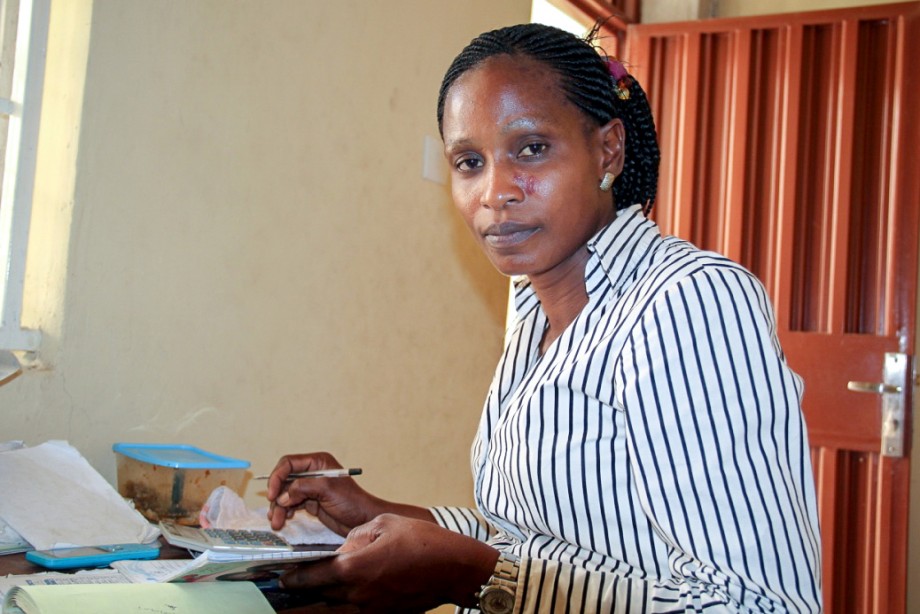 Oluwatoyin Alabi lost her husband after he contracted Hepatitis B.

Many Nigerian women rely on their husbands as the main decision makers in the home and such was the case for Oluwatoyin Alabi, whose husband died from Hepatitis B.

“He had been sick for two weeks. We treated malaria. When he didn’t get better, his colleagues said maybe it was yellow fever. So he took herbs.” She says that the hospital told her that the herbs made his liver worse.

The hospital bills had drained their accounts such that when he died, she did not have money to buy a coffin. When she solicited for funds from his siblings, they told her that they did not have any money.

“It was the church that bought the coffin in which he was buried, and took responsibility for the burial,” she says.

She was left to raise her 3-year-old twins, a boy and a girl.

“The day after his burial, his elder brother told me that there was nothing he could do, that I should raise my children with what my husband left behind.”

After staying home during the traditional mourning period of 21 days, she took up his job as a building contractor. In preparing for work, she cut her own hair as no hairdresser in her community was willing to touch it. She later learned why: “If a non-widow makes my hair, there is fear that she will also lose her husband.”

Alabi says she worked with her late husband’s apprentices on the several ongoing projects. However, she says that because of her lack of expertise, the apprentices swindled her.

“If my husband was alive, all that would not happen,” she says.

That was the beginning of several more rip-offs. Before her husband’s death, they had started plans to travel to the United Kingdom and had paid a deposit. After her husband’s death, the travel agent visited. She was told to sell her late husband’s car to pay for the money they still owed for the trip. She did, but was never able to reach the agent again by phone.

“I miss him so much. He was my partner when it came to decision making,” she says, her voice shaking.