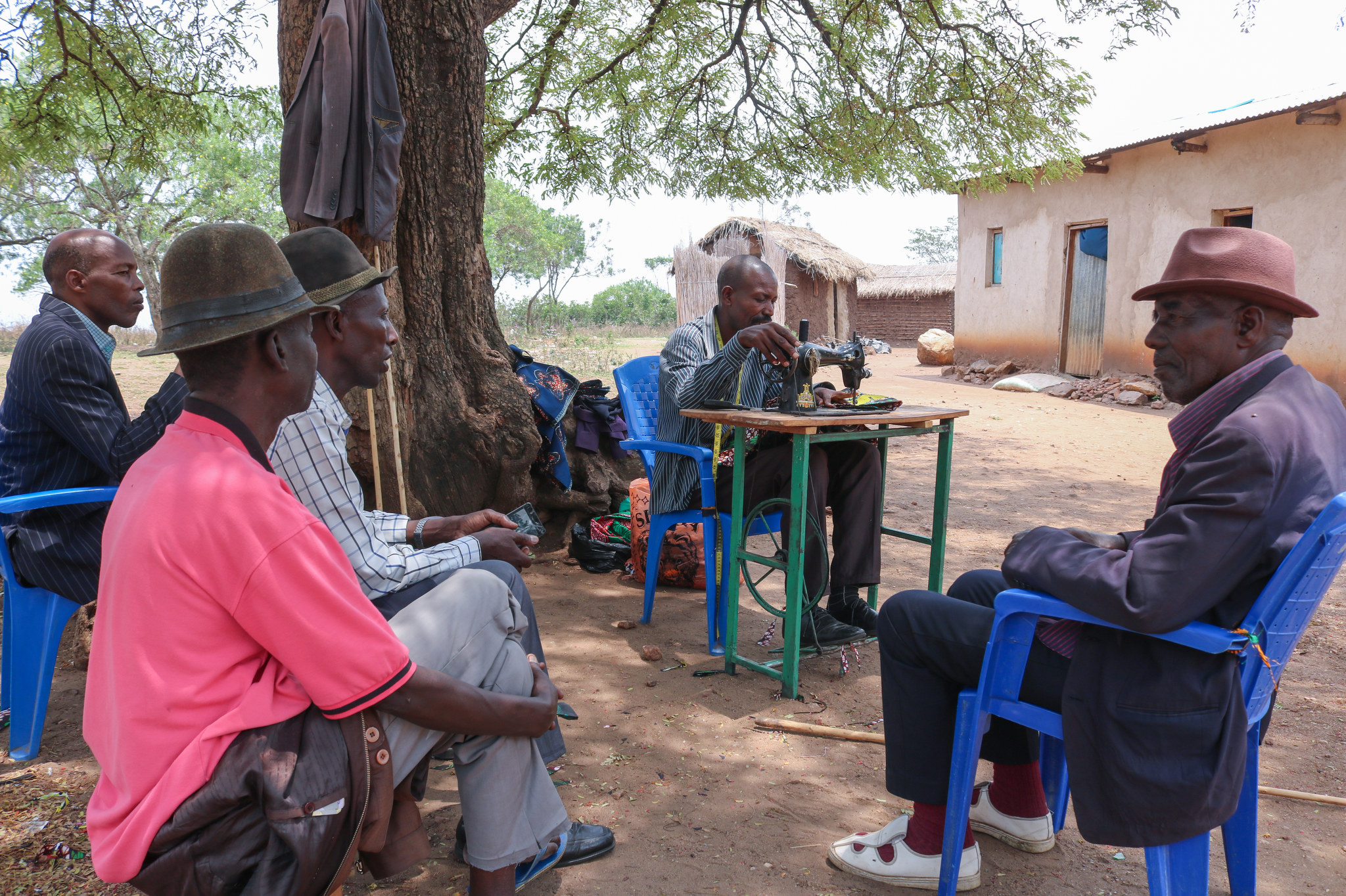 UVIRA, DEMOCRATIC REPUBLIC OF CONGO — Gone are the days when men sang as they herded cows, goats and sheep to green pastures, when joyful women carried fresh milk home, and when children prepared for school with bellies full of breakfast.

This simple, peaceful life no longer exists for Manassé Hatungimana and other members of the Banyamulenge community from the eastern DRC village of Minembwe, who were hounded out of their homes by a Mai Mai armed group that attacked the village in March and April.

“I would give anything to go back to my village and have my life back,” says Hatungimana, 54, who still manages to smile.

Once a cattle herder, he now spends his days sitting under a tree with a sewing machine, which he uses to make and repair clothes for a small fee, surrounded by friends who are yet to find work. Without cattle, the men have lost their main source of income. “There are days where I make no money, and I’m ashamed to go back empty-handed to the host family sheltering us,” Hatungimana says.

For months, about 5,700 displaced Minembwe residents — including Hatungimana; his wife, Jeannette Nyirasuku; and their five children and grandchildren — have been living about 200 kilometers (124 miles) away, in the village of Bwegera. The hospitality of Bwegera residents stands in contrast to the violent conflict ravaging eastern DRC. 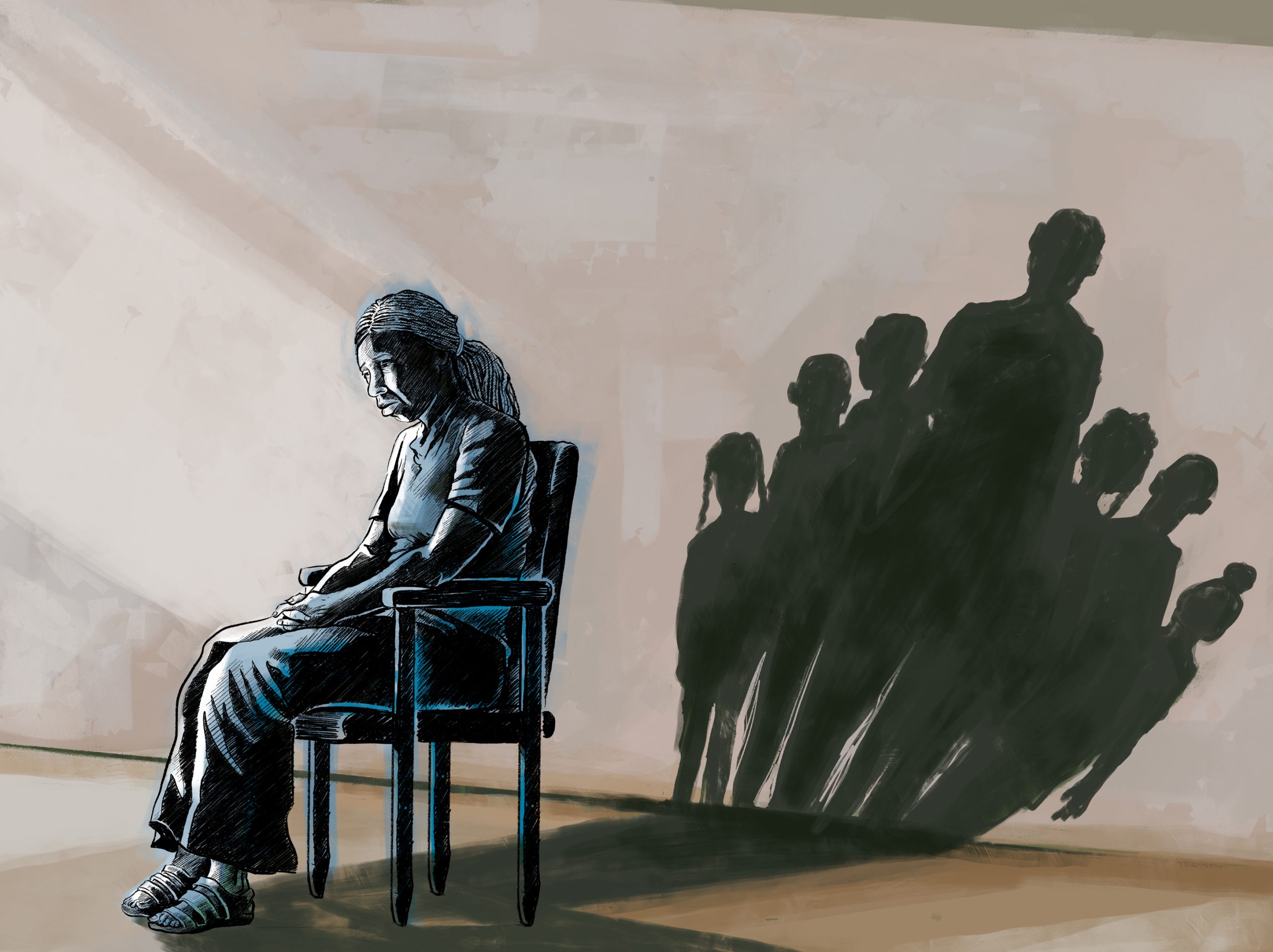 Bwegera, a diverse village whose 7,800 residents belong to the Banyamulenge, Bafuliiru and Bahavu communities, exemplifies how people from different backgrounds can live together peacefully. Evelyne Musabande, a 48-year-old leading figure in Bwegera, says residents recognized the danger the Banyamulenge faced and opened their doors to shelter them.

“Our aim was to prevent the displaced persons from ending up in a refugee camp where they would have been isolated and easy targets,” Musabande says. “This is why every member in our community has welcomed between three and five persons into their home.”

Chantal Neema, a 44-year-old mother of six, is sheltering six people in a house with three bedrooms and a living room. It’s a difficult situation for Neema, who has been raising her children on her own after her husband died two years ago.

“We sleep on the floor and struggle with food, but I’m happy to help them,” she says. “Because what happened to them today could happen to me tomorrow.” 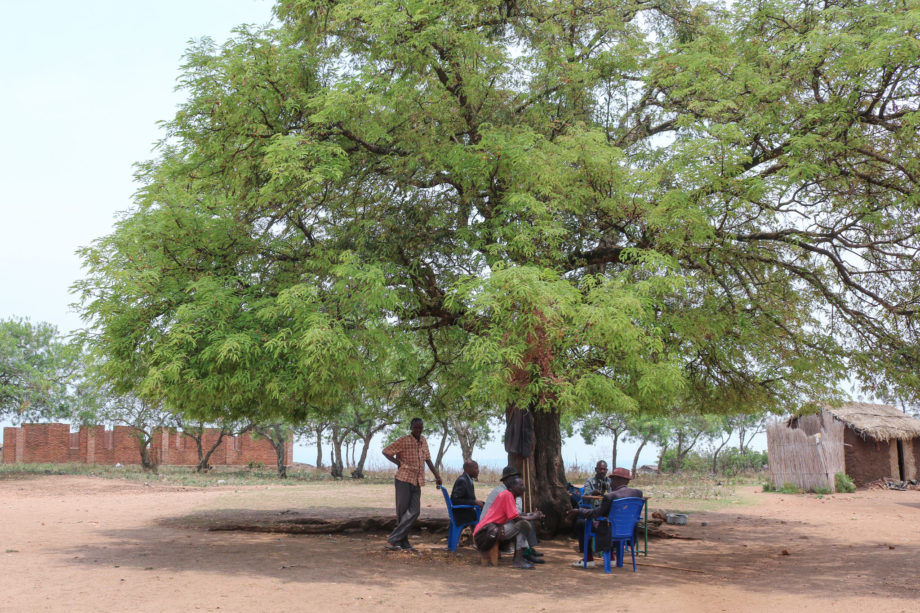 Manassé Hatungimana and his friends sit together in the village of Bwegera, where residents shelter them.

Members of the DRC diaspora, in particular Banyamulenge who took up residence as refugees in the United States, have joined efforts with Ebenezer Ministry International, a nongovernmental organization working in South Kivu to provide food and supplies to the displaced persons, says Gadi Rugaza, the president of the displaced Banyamulenge community in Bwegera. Provincial authorities in South Kivu, the province where Bwegera is located, have provided food assistance as well.

Government officials and local groups have initiated talks in the region between the various communities. And at a March meeting in Kinshasa, the capital of DRC, community representatives agreed to encourage local armed groups to lay down their arms and work toward a sustainable peace. Yet the violence in the region has continued.

Chanceline Nyiraminani, a slender 34-year-old woman, hopes she and other members of the Banyamulenge community can eventually leave Bwegera and return home. She recognizes that the influx of people has burdened local residents. Still, she’s grateful to the people of Bwegera for their support and hospitality.

“Our village was looted, so we arrived here with nothing,” Nyiraminani says. “But we are lucky to be alive.”