Skip to main content
The story you are reading was published on Saturday August 13, 2016. To read more recent stories click here. 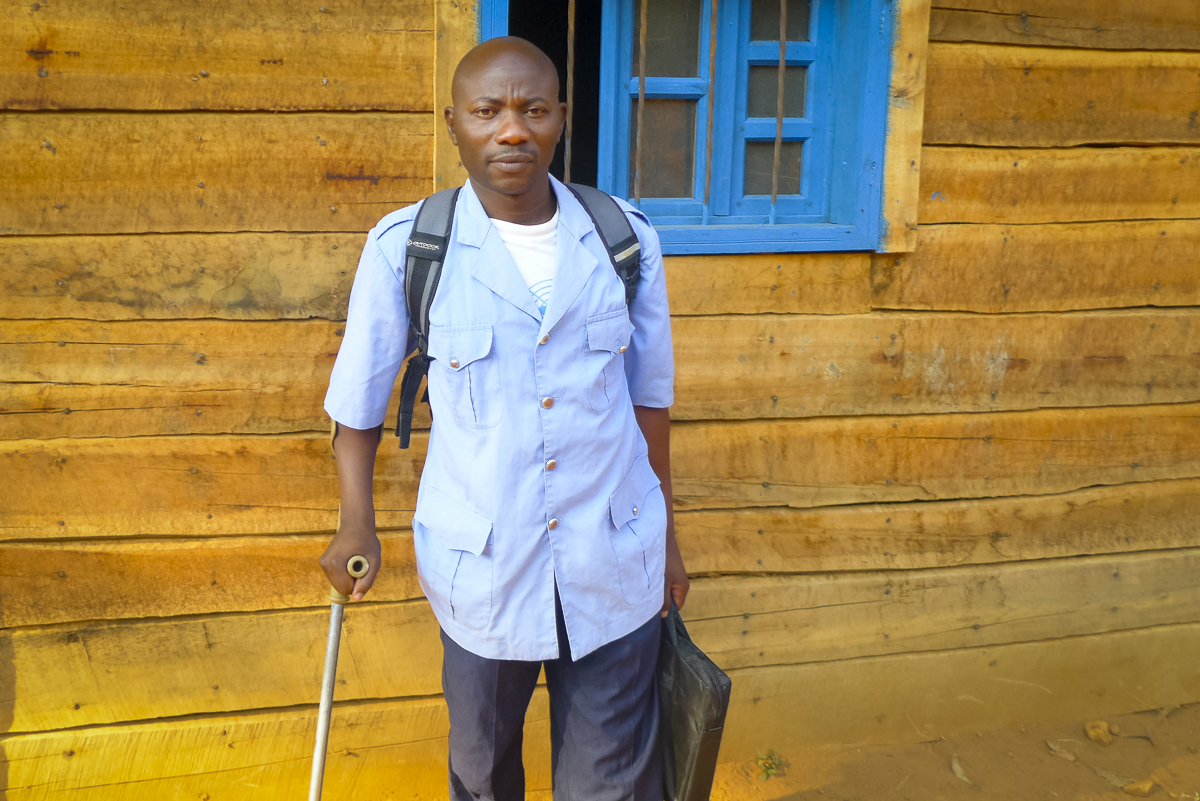 KIRUMBA, DEMOCRATIC REPUBLIC OF CONGO — For years, DRC has had an ominous label: rape capital of the world.

Countless human rights organizations and United Nations reports have justified the moniker, providing heartbreaking data that demonstrates that insecurity, violence and poverty often put women and children at great risk. For example, in 2010, nearly 40 percent of women in eastern DRC reported having been exposed to sexual violence in their lifetime, according to the Journal of the American Medical Association. The majority of these women said rape was the most common form of the violence.

In the Lubero Territory in eastern DRC, an area plagued with crime and government clashes with armed groups, a new law enforcement group has been formed. The civilian unit seeks to combat violence against women and children, and finally undo the long-time rape-capital-of-the-world tagline.

INSIDE THE STORY: After witnessing the growing state of fear among women in her community, GPJ reporter Merveille Kavira Luneghe sought out the leader of a new civilian police unit working to stop the rising number of rapes in the Lubero Territory. Any evidence of success she found was undone by corruption. Read the blog.

Kisolu says his primary objective is to hold perpetrators of violence accountable for their actions. In the last year, he says, many rape cases were reported in South Lubero and, for the first time, perpetrators were brought to court.

In an interview with Global Press Journal, Kisolu explained the types of crimes the unit is seeing and his efforts to bring justice to local women and children.

Why did you establish the PEVS unit in Lubero?

Over the last few decades, a new type of large-scale crime has emerged, especially Eastern DRC. As a result of economic and socio-political interests we’re seeing increasing acts of sexual violence and abuse against women and children.

In response to this scourge, a continued appeal has, for some time, been made to the national and international community as well as to the civil society, both locally and nationally, to provide special care and protection.

Many women and children continue to be abused and discriminated against here. As if that were not enough, women are still becoming infected with HIV/AIDS or are victims of trafficking in increasing numbers. And to add insult to this injury, many children live on the streets where they further become victims of sexual and economic exploitation. Some also join armed forces and groups.

We cannot allow this to go unpunished.

Are there frequent cases of sexual violence here in Lubero?

Since the establishment of this unit, rape has continued with frequency.

Since March of this year, 17 rape cases were reported to the unit. Perpetrators include military personnel, Mai-Mai groups and civilians.

In Kirumba on May 9, 2016, a 37-year-old man dragged a mentally incapacitated 16-year-old girl into a guava garden and sexually abused her.

Perpetrator types seem to vary by town. In South Lubero’s village of Miriki, numerous rapes committed by Mai-Mai group members have been reported. Of the 17 rapes reported to us, Mai-Mai fighters have been accused in seven cases. While here in Kirumba, and in Kanyabayonga, perpetrators of rape have mainly been civilians.

Describe some recent successes the unit has had in bringing perpetrators to justice.

Here are some of our recent claims:

On May 22, 2016, at 8 p.m., a 22-year-old fisherman sexually assaulted a 3-year-old girl at his home. The fisherman confessed to rape after several denials and after being challenged over repeatedly contradicting himself. Also, a medical report confirmed rape.

That fisherman was found guilty of rape by the unit.

(GPJ investigated this man’s case and found that, after his arrest, he was transferred to a prosecutor in North Kivu. He was provisionally released after paying a fee of as much as $500 USD. Kisolu confirms this information.)

On May 11, 2016, we were asked to investigate a rape case at a school in Buvogho in South Lubero. There, a principal was accused of sexually abusing a mentally ill girl for the period of over a year. Our investigation included gathering many witness testimonies and eventually yielded the suspect’s confession.

Since this is a punishable offense under Article 170 of the Congolese Criminal Code, the unit found him guilty of rape.

(GPJ investigated this man’s case and found that he, too, received a provisional release after paying as much as $500 USD. Kisolu confirms this information.)

In Kirumba on May 9, 2016, a 37-year-old man dragged a mentally incapacitated 16-year-old girl into a guava garden and sexually abused her. Our investigation revealed many testimonies that indicated this man was a serial rapist as it turned out that previous acts had always gone unreported.

He was also found guilty.

(GPJ investigated this man’s case and found that he was later tried in a mobile court in front of the community, where he was also found guilty. He was taken to Lubero prison. Kisolu confirms this information.)

On April 12, 2016, a 17-year-old girl in Kayna was raped by a man with a machete. Witnesses indicated that the man forcefully entered the house and threatened the victim’s family. He made them believe he was acting with other criminals. After raping the girl he disappeared. Witnesses who saw the perpetrator identified him and suggested he belonged to the Mai-Mai Mazembe, an armed group active in Ikobo in North Kivu’s Walikale area. The victim was taken to the Congolese National Police station in Kayna on April 13 and was then taken to the General Referral Hospital for medical care.

The man was found guilty in absentia of rape with violence.

Why are some of the men being released after your unit has found them guilty?

Corruption is still a big challenge to our work.

After the judgment, many guilty persons can pay [a bribe] and enjoy their freedom. We need to end this culture of impunity but we will need other forces to join us in this fight.

Recently, a territorial committee was created to fight against this. In this committee, there are representatives from MONUSCO, the United Nations mission in DRC, human rights and child protection NGOs, other civil society partners and others involved in the fight against all forms of gender-based violence.

What strategies do you employ to detect cases of violence?

Only God can detect what happens on Earth. But we do our best to work together in this  fight. We have civilian police officers and community policing committees. Alone, we can do nothing. Our goal is to involve the whole community in this fight.

How have the unit’s action allowed for victims to get justice?

First, our presence in South Lubero helps to bring justice closer. Also, PEVS is unique to some extent in the provision of service. No fee is asked prior to the filing of a complaint. Vulnerable people enjoy services through our structure without frustration, which is not the case elsewhere. We’re civilian police members who are available to assist the victims free of charge.

(Kisolu and local sources confirm that it is common for local police to ask for money to investigate crimes. The cash is often used to pay for transportation fees and to help ensure that police give the report sustained attention.)

What challenges and problems do you face in your work?

The resources available for our work are insufficient or nearly nonexistent. We have no transport means. Neither do we have offices. And yet, we need appropriate work environment because we have to work in confidentiality. Our facilities should allow us to take into custody children in conflict with the law as well as adult offenders.

Also, the shortage of qualified staff still constitutes a major problem. For instance, I am the only staff member trained to investigate violent crimes.

What’s next to in the fight to end this violence?

There is a need for increased awareness through radio programs and greater involvement of all community members. Community members have to join hands with police in this war on violence. All of us must be involved in the fight because the children are our country’s future and the woman is the cradle of humanity, a sacred source of life which produces children.