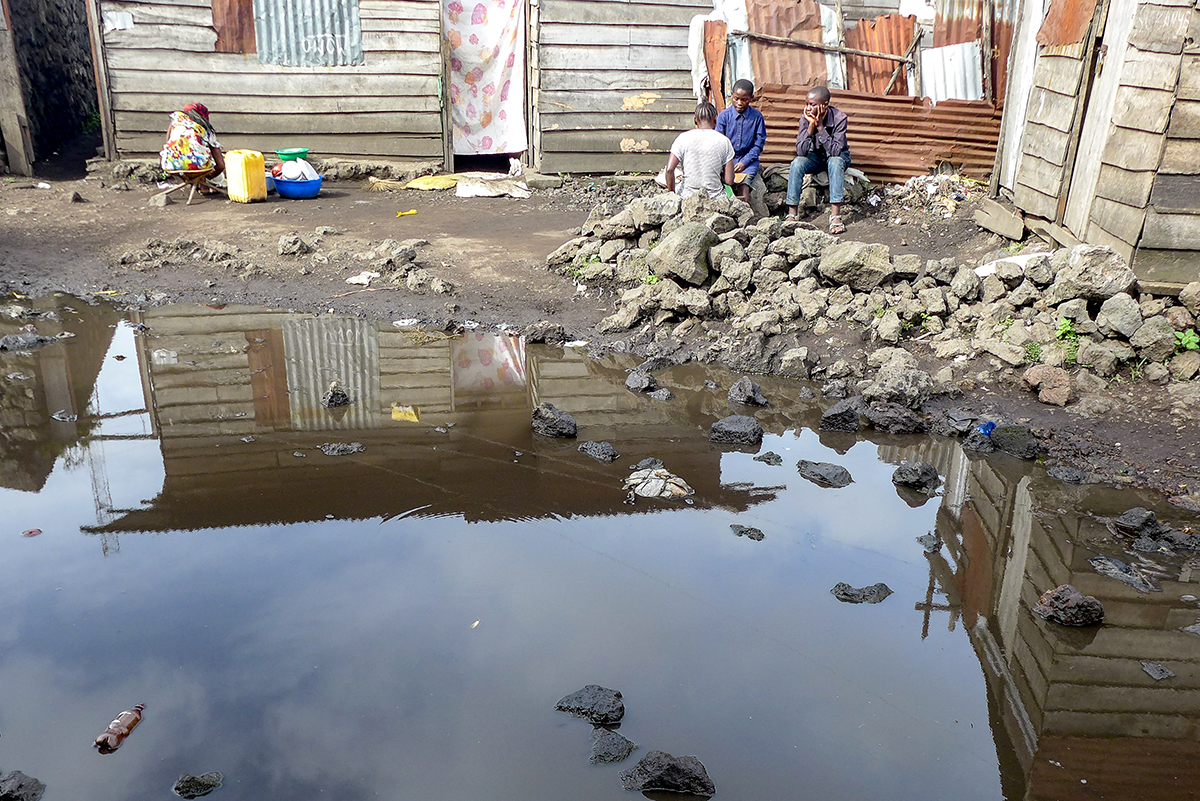 GOMA, DEMOCRATIC REPUBLIC OF CONGO — Zainabo Bahati is on her way to the local drug store. She says she’s pretty sure that her eight-year-old son, who came home from school yesterday with a fever and a headache, has malaria.

“I quickly discovered that he had malaria,” Bahati says, acknowledging she hasn’t taken him to see a doctor.

But she says there is no need to rush her son to a medical facility. It will just waste time and money. She prefers to get him on antimalarial medicine quickly.

“Whenever someone does not feel well, they simply take antimalarials,” she says before mingling with other people waiting their turn to be served in the area’s most popular drugstore.

“So my son Jimmy will feel better once he takes a dose of Amodiaquine. It is our usual daily coping routine,” she says.

Malaria is the major cause of death in the Democratic Republic of Congo, with the World Health Organization reporting at least 39,054 deaths from the disease here in 2015, the most recent statistics available. The disease, caused by parasites transmitted through the bites of infected female Anopheles mosquitoes, is responsible for the deaths of 40 percent of children who die under the age of five, according to government reports. 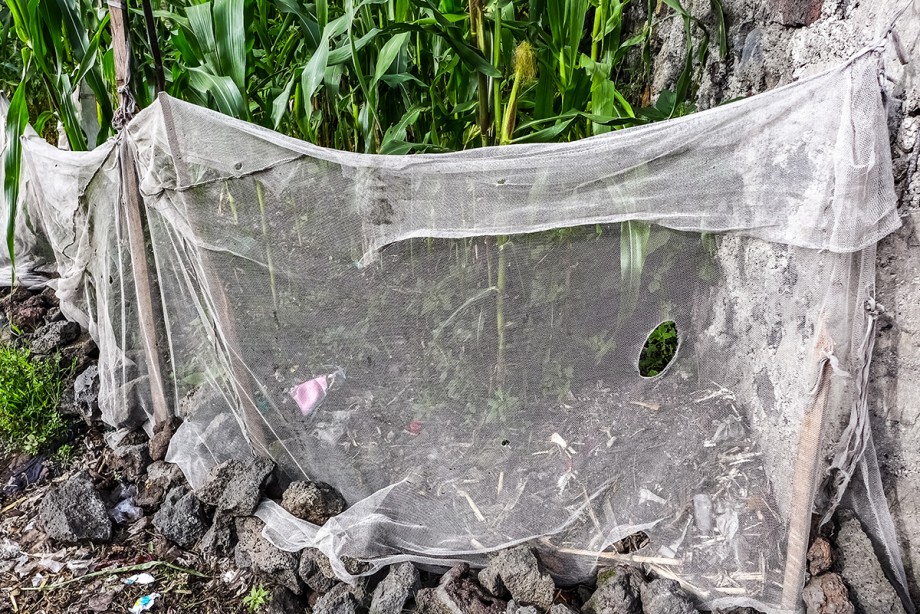 Insecticide-treated bed nets distributed in April 2016 to help protect against malaria-carrying mosquitoes. But many in Goma say they prefer to use the bed nets to protect plants in gardens around houses.

In the eastern DRC’s North Kivu province in 2016, more than 9,000 cases of malaria were recorded, including 3,066 deaths. That’s an alarming level across the province, says Dr. Demson Kayisavera, the director of the National Malaria Control Plan in North Kivu.

But assuming fever and headaches are caused by malaria without a diagnosis is dangerous too. If incorrectly diagnosed, the real source of the headaches and fever remains undiagnosed and could cause further harm without proper treatment. Another consequence is suffering an overdose or underdose or taking wrong medication, leading to medical complications, Demson says.

It also eventually has ramifications for the larger community as overuse of antimalarial medicine makes it less effective.

Dr. Adolphe Mujinya, a practitioner at Centre de Sante Munyantware, a health center in downtown Goma, says Chloroquine, an antimalarial, is no longer used because it has become resistant to malaria. Today in DRC, positive cases of simple malaria are treated with Atesunate-amodiaquine (ASAQ) or Artemether-lumefantrine (AL).

But local experts say it’s difficult to convince people that self-diagnosis can be dangerous.

Papy Bisimwa, a welder, says he knows when malaria has struck.

“I see no reason why I should waste my time going to the hospital where treatment can wreak my meager budget,” he says. “I am able to tell if I have malaria, and I know a drugstore where I can buy medicine.”

“As a result, many people prefer a drugstore over healthcare facilities,” says Ruben Mwissa, a Goma resident who says he learned the hard way not to self-medicate. His headaches and fever weren’t from malaria at all. They were from typhoid.

“I sought medical treatment at the hospital far too late,” he says. He got so sick from misdiagnosing himself that he ended losing significant weight, going from 77 kilograms (170 pounds) to 53 kilograms (117 pounds). 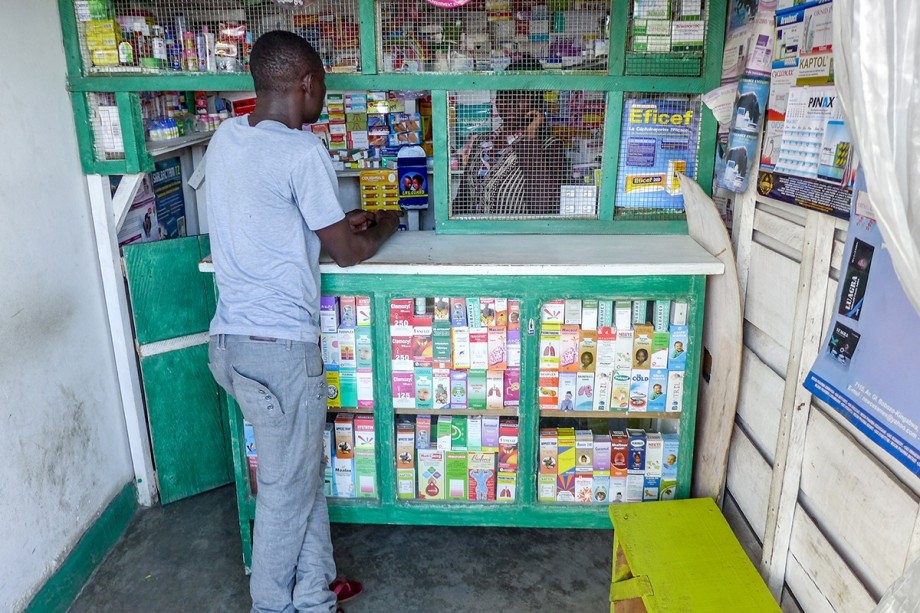 Faustin Adako purchases drugs in a drugstore located in the Katindo neighborhood of Goma, the capital of DRC’s North Kivu province.

“In the face of high medical bills, limited financial means, and lack of health insurance, patients are forced to have recourse to low-priced antimalarials,” Mwissa says.

M. Kakule Thayiswika Jean de la Croix, the chief of staff at DRC’s North Kivu Ministry of Health, says there is a need for campaigns to raise people’s awareness of the importance of first seeking medical advice before taking any medication.

Pierre Hodari, a nurse, and owner of a drugstore in Goma’s Nyabushongo neighborhood, says at least 60 percent of his customers choose to buy drugs without a prescription.

“Being driven by our concern for money and profits, we have no choice but to sell drugs without a prescription,” he says.