Skip to main content
The story you are reading was published on Friday November 27, 2015. To read more recent stories click here. 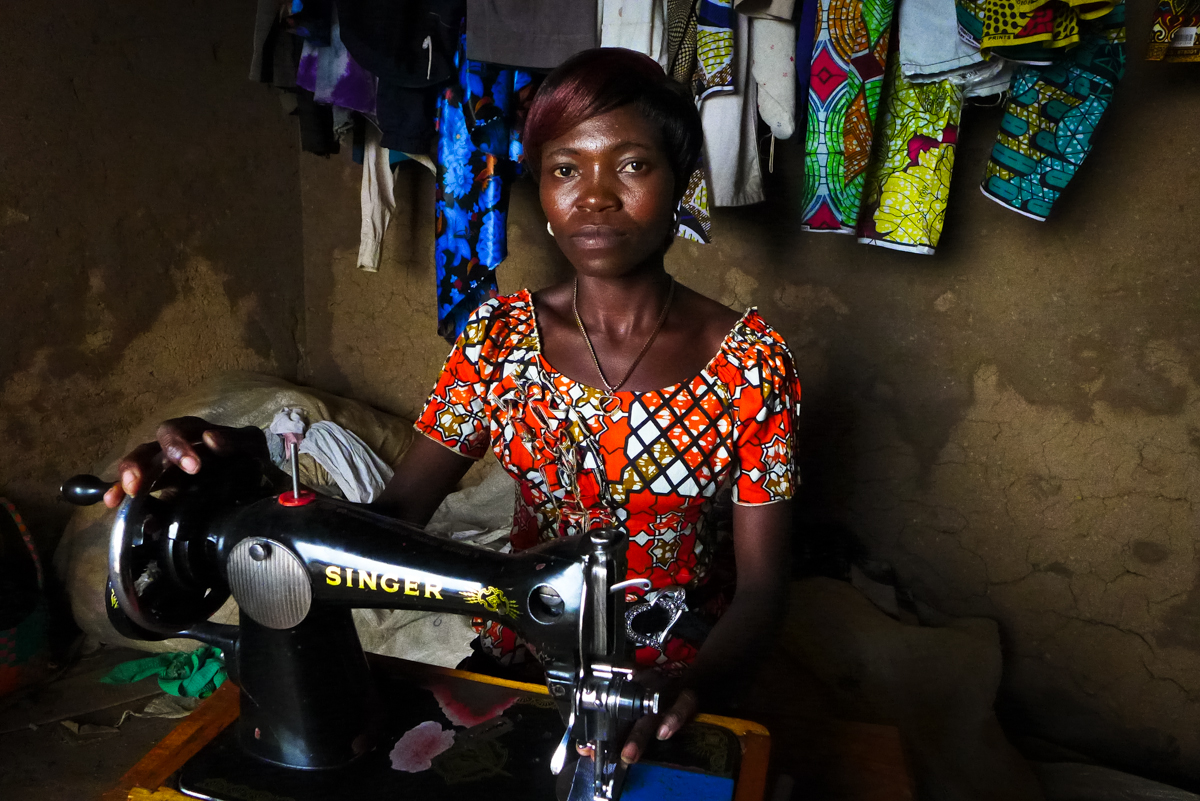 KIRUMBA, DEMOCRATIC REPUBLIC OF CONGO — Marie Rose Kahambu had the chance to go to school – a luxury experienced by few girls in this central African nation.

Girls account for more than half of the country’s nearly 30 percent of children who don’t attend school, according to a 2013 UNICEF report. But after walking to school barefoot for two weeks, Kahambu stopped attending.

“Due to this ridiculous situation, I was forced to drop out of school,” she says.

Kahambu’s family was poor. She took boyfriends to get some financial support for her daily needs. At 17, she was pregnant.

“At some point, I even thought of inducing my own abortion, but all my attempts were fruitless,” she says.

Kahambu, now 28, says she asked the baby’s father to accept his responsibility. He paid for her maternity costs, she says, but in the end, “he went away and abandoned the baby and me.”

Motherhood was not something I wanted. It just happened by accident, out of the blue. Marie Rose Kahambu, 28

The odds are against single mothers around the world, but in DRC, where gainful employment is tough for anyone to find, those mothers are especially vulnerable. Having a single mother is one of the greatest risk factors for children of dying before the age of five in DRC, according to one study published in 2014 in BMC Public Heath, a peer-reviewed journal.

The country is among the worst in the world to be a mother, according to a 2015 Save the Children ranking on global motherhood, ranking at 178, just above last-ranked Somalia.

In DRC, where a woman’s respect is tied to her husband, single mothers are sometimes ridiculed as though they are prostitutes. It’s often difficult for them to find husbands, which places them at greater risk for deep poverty.

“Motherhood was not something I wanted,” Kahambu says. “It just happened by accident, out of the blue.”

After giving birth, Kahambu worked in a neighbor’s field for $1 per day. She was paid in either cash or the equivalent value in food and supplies.

But two years ago, she found a way to escape that poverty. Kahambu says she heard an announcement at her church about Alliance des Filles Mères pour un Avenir Meilleur, which in English is called Alliance of Unmarried Mothers for a Better Future, or AFAM. The next day, she heard a radio announcement for the same organization. In September 2013, Kahambu started a six-month training program in which she learned to cut and sew clothes.

AFAM was founded five years ago, says Faustin Musayi, who launched the organization. The objective was to reduce the cases of teen pregnancies, and improve the living conditions for unmarried mothers and their children. The organization teaches women to drive, to cut and sew fabric, computer literacy, vegetable gardening and other skills. It also offers training in family planning.

It’s the only organization in the area with a focus on helping single, teen mothers, Musayi says.

Musayi says it’s difficult to know for sure how many unmarried mothers live in his region, but his informal surveys suggest that one out of every five households are led by a single mother. He says 185 mothers have joined his group – that’s 68 percent of the total number of women his team surveyed in May 2013.

Now, Kahambu is a vocal advocate for AFAM. Other women have joined the organization at her encouragement.

“I followed Marie Rose’s advice after I was abandoned by my boyfriend because life was difficult,” says Noella Katungu, a mother of one.

Jeannine Kavugho, an unmarried mother of four, says the computer skills she learned at AFAM earned her a job as a computer scientist in the public secretariat. And Jusline Kanyere, a single mother of two, educates other women on family planning.

Thanks to AFAM, I am no longer ridiculous. I have regained my social equilibrium. Marie Rose Kahambu, after taking part in the program

Now, Kahambu supports herself and her son. She is well-known in the area for the clothes she makes, and says she earns about $30 each month. That’s a decent sum in a country with an average annual income of $380, according to 2014 World Bank data.

“At least two years have elapsed since the socio-economic level of my daughter improved thanks to her courage and flexibility in AFAM,” Leonie Kahambu says.

“Thanks to AFAM, I am no longer ridiculous,” she says. “I have regained my social equilibrium.”