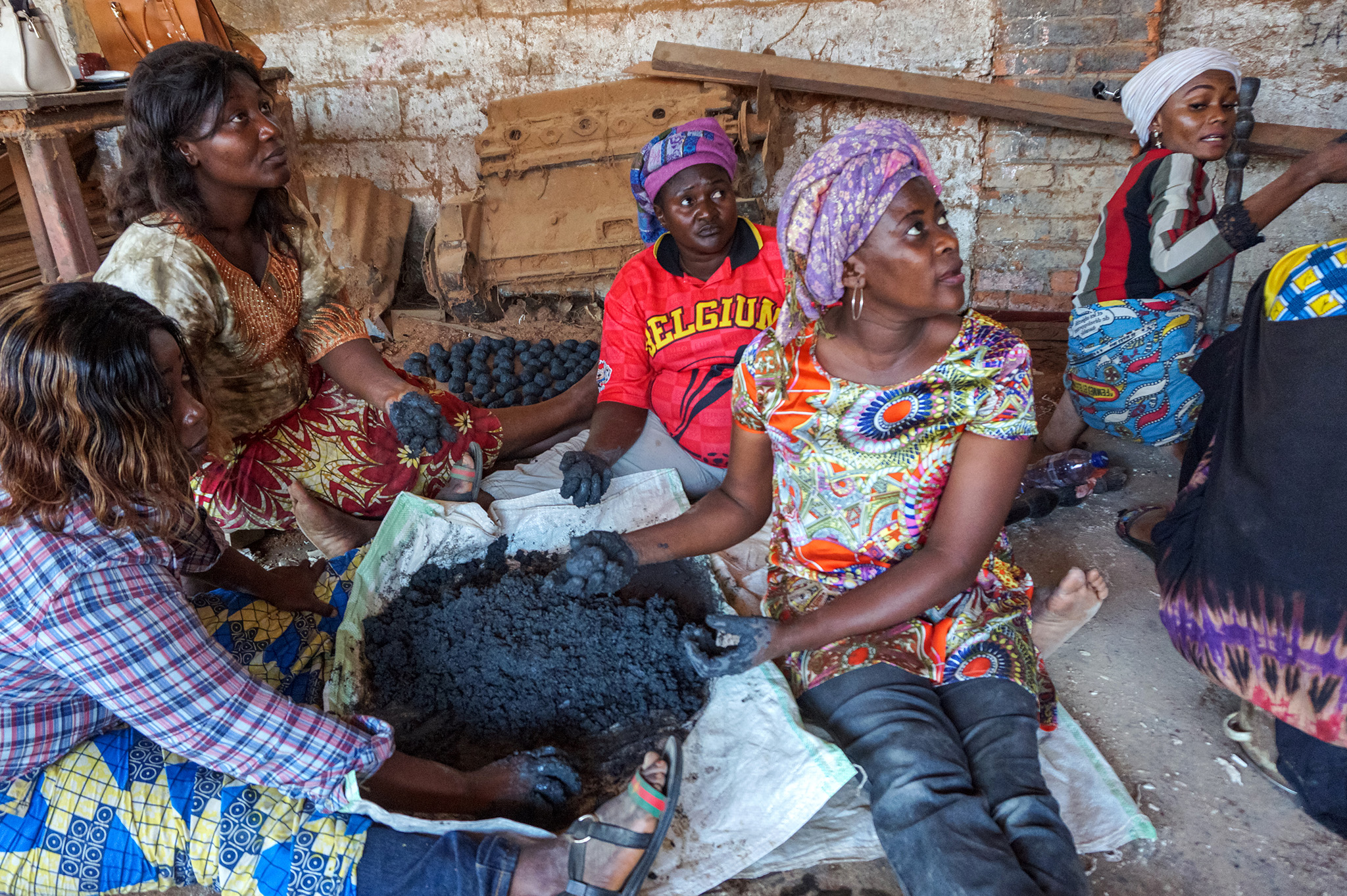 KISANGANI, DEMOCRATIC REPUBLIC OF CONGO — In the DRC’s Tshopo province, charcoal is king. Most households can’t afford electricity to cook, so they rely on charcoal to feed their families.

But demand for charcoal is driving deforestation in the region, environmentalists say, and the fuel puts women and children’s health at risk. Meanwhile, rising costs have put this formerly affordable resource out of reach for many.

Helene Masika Bina, 38, a stay-at-home mother of five, says that until recently, her cooking expenses were spiraling out of control.

But this summer, Masika and 63 other women in Tshopo’s capital, Kisangani, learned to make clean-burning biomass briquettes, known locally as “makalayabumba,” using household waste. Now she produces and uses the briquettes at home and sells them to other homemakers in the city.

“With this briquette production initiative, I’ll be able to cut my expenses,” Masika says.

In August, at a workshop run by the Belgian development agency Enabel, the women learned to make the small, round briquettes out of charcoal dust, clay and wastewater from brewing – all substances they can access at home.

To make the briquettes, they combine the ingredients, roll them into small balls and let them bake in the sun.

Masika sells batches of 15 briquettes for 100 Congolese francs (6 cents) per batch. One briquette can provide heat for 45 minutes, she says. 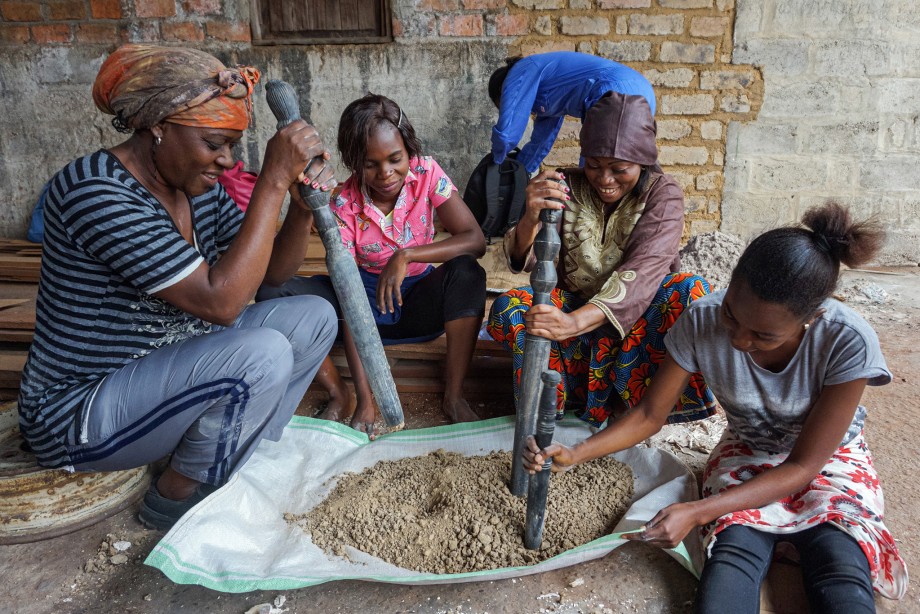 There are health benefits to the scheme, too, says Dr. Rodrigue Abedi, who works at the University of Kisangani’s clinic. He says breathing in charcoal smoke can expose stay-at-home mothers and their children to lung diseases.

“Everyone who is exposed to fumes is closer to contracting lung disease,” he says.

Eugénie Baruti, 41, a widowed mother of five, sells rice at Kisangani’s central market. She says buying charcoal has been a struggle, as one bag costs 1,000 francs (60 cents).

“With the use of the briquettes made by those women, I don’t think I have to spend 1,000 francs on charcoal any more,” she says.

“Apart from contributing to cutting costs, this initiative helps combat the problem of deforestation, which has become a serious environmental challenge,” Masika says.

More than 200,000 bags of charcoal are sold daily in the markets of Kisangani, says Prosper Matondo, an environmental technician at Enabel. He says charcoal sales contribute to accelerating deforestation in the region.

The Democratic Republic of Congo has historically had low levels of deforestation, but rates have increased in the past decade. Now, 1 million hectares (about 2.5 million acres) of tree cover are lost each year, according to the Central African Forest Initiative.

Pascal Oketa Kasili, a 53-year-old father of eight, has produced charcoal in the city since 1991. “I don’t think this briquette initiative can interfere with my job,” he says.

Oketa says the deforestation can’t be blamed on charcoal production alone. “Other large trees are being cut down and sold for other purposes,” he says. But research from the Central African Forest Initiative shows that 96% of the wood harvested in DRC is used for fuel.

Antoine Ekoko, a government environmental engineer, says cutting down large trees can lead to reduced rainfall and threaten clean water supplies. A 2018 report from the U.S. Agency for International Development attributed drying patterns in countries as far away as Mali and Ethiopia to tree loss in the Congo Basin.

Ekoko says tree-cutting should be limited to a strict calendar to prevent further deforestation.

“We need to harmonize,” he says, “and not cut the trees in disorder as our manufacturers currently do.”