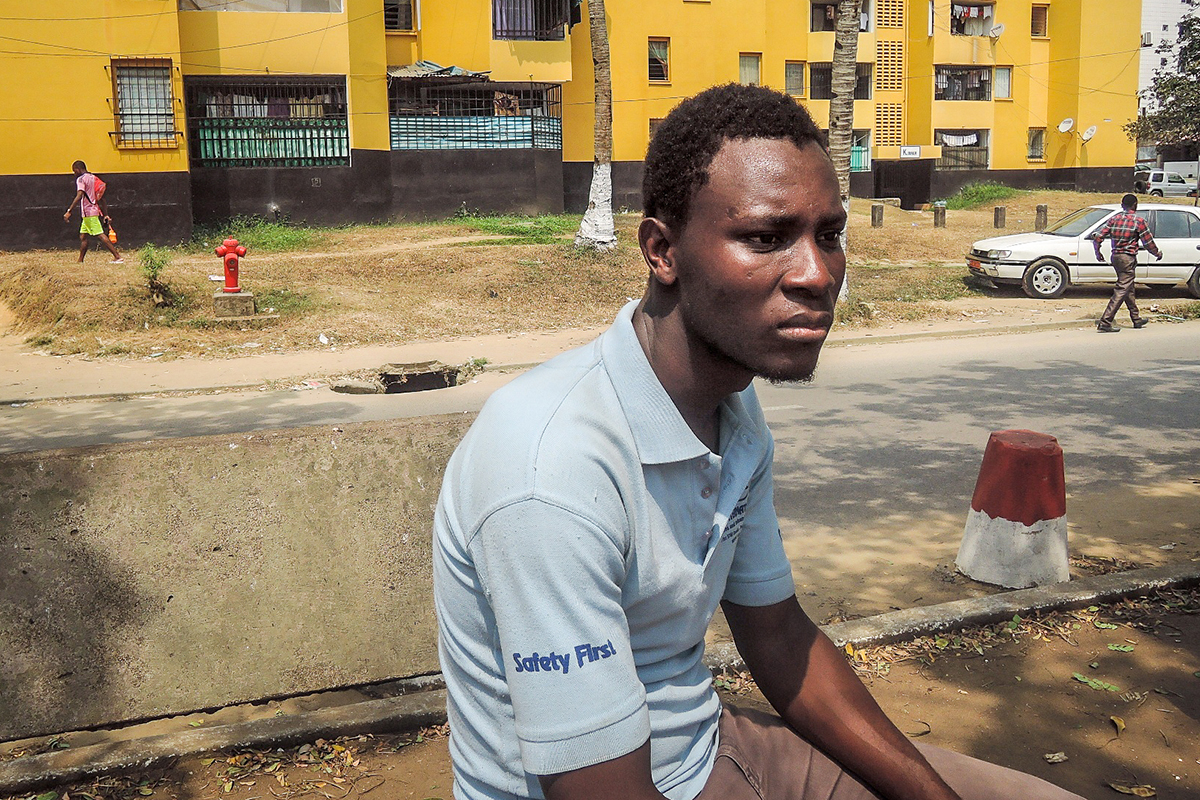 DOUALA, CAMEROON — Idris Nfongang Tabi, 21, an engineering student at the University of Buea’s College of Technology, says the students who rallied in front of the central administration building only wanted to present their grievances to the school’s vice chancellor.

The vice chancellor refused and sent out another school official to address the students. But Tabi says the crowd kept calling for the vice chancellor. They were angry that the administration hadn’t distributed individual presidential grants of 50,000 Central African francs ($81). They also wanted to know why the university charged fees before releasing test results and transcripts, and other fees for late registration, Tabi says.

Tabi says the Nov. 28 university protest escalated when the police pulled aside two students from the protest’s front line and started beating them. Students then began picking up stones and throwing them at the police, and that, he says, “is when everything went viral and very violent.”

Police fired shots, and when students fled the campus to residential areas, armed forces pursued them, Tabi says. Some of the violence can be seen on social media. In one scene, more than a dozen police repeatedly kick and club a person lying in a fetal position on the ground. Many protesters were arrested.

Tabi says the situation could have been avoided if the vice chancellor had given them a listening ear.

“During our strike, we were shouting, ‘No violence!’” he says. “No student had any weapon.”

Civil society groups are compiling information on the arrests and possible disappearance of citizens during the university and other protests, which began Oct. 11, 2016, when lawyers demonstrated against French being imposed in the English-area courtrooms.

More clashes ensued when the Cameroon People’s Democratic Party attempted to hold a rally in Bamenda on Dec. 8. After an ad hoc committee meeting between Anglophone civil society groups and government representatives to address issues raised by protesters ended in deadlock, the minister of Territorial Administration and Decentralization issued a press release declaring the Cameroon Anglophone Civil Society Consortium and related groups null and void, banning any form of gathering by them.

During our strike, we were shouting, ‘No violence!’ No student had any weapon.Idris Nfongang Tabi, 21, an engineering student at the University of Buea’s College of Technology

On Jan. 17, the government cut the region off from the internet and arrested the Anglophone consortium’s president, Felix Agbor Balla Nkongho, who also heads the Fako Lawyers Association, and Fontem Neba, secretary general of the Association of Higher Education Teachers.

Amnesty International and Human Rights Watch also have pressed the government to free the arrested protesters and sanction individual police officers who used excessive force or committed other crimes.

Chemuta Divine Banda, chairman of Cameroon’s National Commission on Human Rights and Freedoms (NCHRF), promised to investigate police atrocities. He also spoke up for the arrested protesters, urging the military court in the capital, Yaoundé, to “speed up judicial proceedings so that innocent persons are released.”

NCHRF reported Jan. 16 that a total of 67 protesters had been arrested. As of Jan. 13, 34 had been released, 25 remained in custody and eight were missing.

Banda also appealed to anyone with information on those who reportedly disappeared to contact the commission’s head office in Yaoundé.

Nkongho, in a phone interview hours before his arrest, said he was working with other human rights organizations to document families who have reported the disappearance of their children.

“At times, the reaction of the forces of law and order to protesters is not proportionate to whatever insults that might have been given to their persons,” he says. “We are investigating arbitrary arrests and detention, torture, acts perpetrated by officers of the state who have a duty to protect citizens.”

Cameroon President Paul Biya has in the past acted against officials who used the fight against Nigerian Muslim militant group Boko Haram as an excuse to commit human rights abuses, according to a 2016 NCHRF report. The ministries of Defense and Justice said security and defense forces were sanctioned in 2015 for committing abuses, but they provided no details or statistics on the cases, the report states.

Nkongho says the government is capable of sanctioning those who committed atrocities.

“They sent them. They have a leader, they have a commander, and so they will be able to know who did what,” he says.