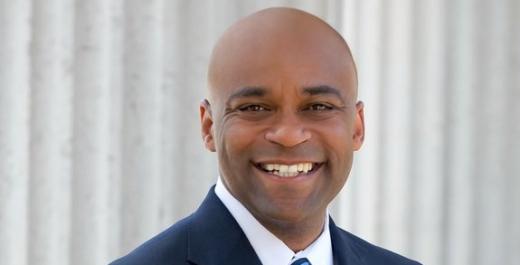 DOUALA, CAMEROON – Michael Hancock, the mayor of Denver, a city in the western United States, traced his heritage to Cameroon, which lies just south of Africa’s western region that bulges out into the Atlantic Ocean. He says that, like many African-Americans, his family lost its heritage in the slave trade.

“Most of us don’t know where we came from,” Hancock said during an interview with Global Press Institute at the University of Denver.

That was true for Hancock until a group of experts from African Ancestry, a genealogy company, swabbed him for a DNA test along with other Denver headliners. Then, his ancestry was clear.

“You know what?” Hancock says with excitement. “I am from Cameroon!”

More specifically, Hancock’s maternal ancestors were Tikar, the name shared by a cluster of groups in northwestern Cameroon.

“To be able to make that connection is awfully powerful and emotional,” he says.

Hancock is the youngest of 10 children. He was born in Texas in the southern United States but moved with his family to Denver when he was 10 months old.

Hancock plans to visit Cameroon during the next two years and hopes to even reconnect with distant relatives.

Ancestry companies promote DNA tests that enable primarily Westerners to discover their heritage. African Ancestry specializes in helping the descendants of slaves in the United States to discover their family origins. The organization also plans trips to help people connect on the ground with the regions of their heritage. (Read more about U.S. citizens discovering their Cameroonian heritage here.)

Irene Zih Fon reported this article from Denver and Douala.