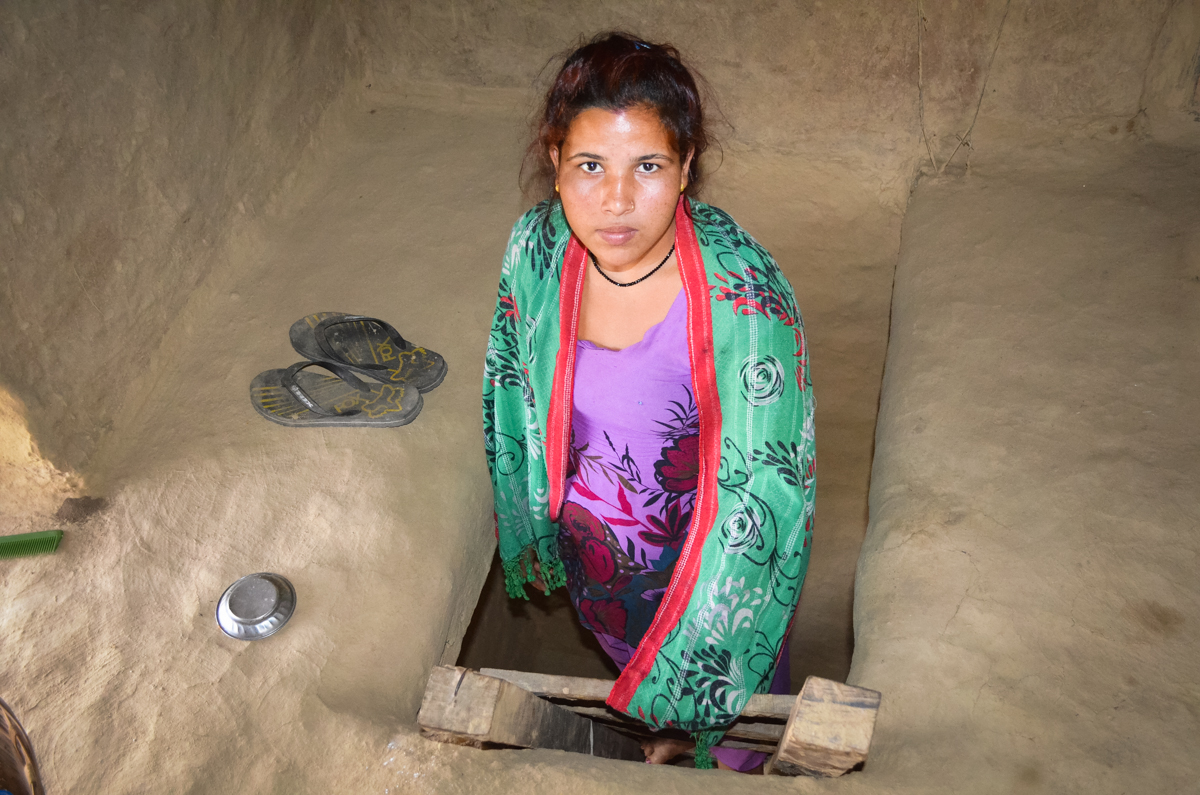 RAJPUR, NEPAL ­­— Sundari Basnet, 19, is sweeping the floor of her mud-and-brick house in the Banke District of southwestern Nepal. Her eyes stray to her mischievous 2-year-old son playing near the bed, the sole piece of furniture in their house.

It is hot at midday, and Basnet sits in the doorway, taking refuge in the shade.

It’s at times like this, when she is alone with her son, that her thoughts stray to her own childhood, Basnet says. She often thinks of her father, who was killed when she was 5 years old.

The last memory Basnet has of her father is when he left her with his sister and walked to where his cattle were grazing, about 4 kilometers (2.5 miles) away, promising to pick her up in the evening.

It was Nov. 2, 2003, and they lived in Binauna, a village in Banke District. Basnet’s mother had gone to another district to visit her family, and Basnet was left with her father. An only child, she often accompanied him as he grazed their cattle.

That day too, Basnet’s father and grandfather took their cattle to the grazing area outside the village when villagers started shouting that the police were searching for Maoists hiding in the nearby forests.

Basnet’s father, Kul Bahadur Khatri, took her to his sister’s house and left her there. He returned to the grazing area, saying he was only a farmer and that the police would not harm him.

Khatri and Basnet’s grandfather did not return that day. The police shot both of them, mistaking them for Maoist fighters, Basnet says. Her father was 23 years old, and Jhup Lal Khatri, her grandfather, was 61.

Basnet says the Nepal Police killed her father, but records maintained by the Informal Sector Service Center (INSEC) confirm only that the two farmers were killed by security forces.

About 7.5 billion rupees ($71.5 million) has been distributed to those affected by the insurgency and their families as compensation from 2008 to 2015, according to the Ministry of Peace and Reconstruction. These include those killed, injured or disabled by the conflict.

Basnet says her aunt received compensation for the death of her father but that she doesn’t know how much. Soon after her father was killed, her mother remarried and moved away. Basnet was raised by her aunt.

“I don’t speak much with my mother,” she says.

And there was never a chance to ask about her father.

“My mother and I never spoke about the incident,” Basnet says. “I was too small.”

Basnet grew up in the midst of the conflict, hearing frequent reports of attacks and security searches, until the peace accord was signed in 2006.

Four years ago, she married Ramu Basnet, a driver. Their life is hard, as her husband earns only 8,000 rupees ($76) a month.

She has never spoken about her father to her husband or told him about how he died, she says.

She clings to the belief that her life would have been different if her father were alive. He would have earned money and bought some land and grown crops, she says.

“I know nothing about my father,” Sundari Basnet says.

Sometimes, she wishes she knew more about him. All that she knows is what her aunt and neighbors have told her, as she has few memories of him.

“People say he was a good man,” she says.