Skip to main content
The story you are reading was published on Sunday February 21, 2016. To read more recent stories click here. 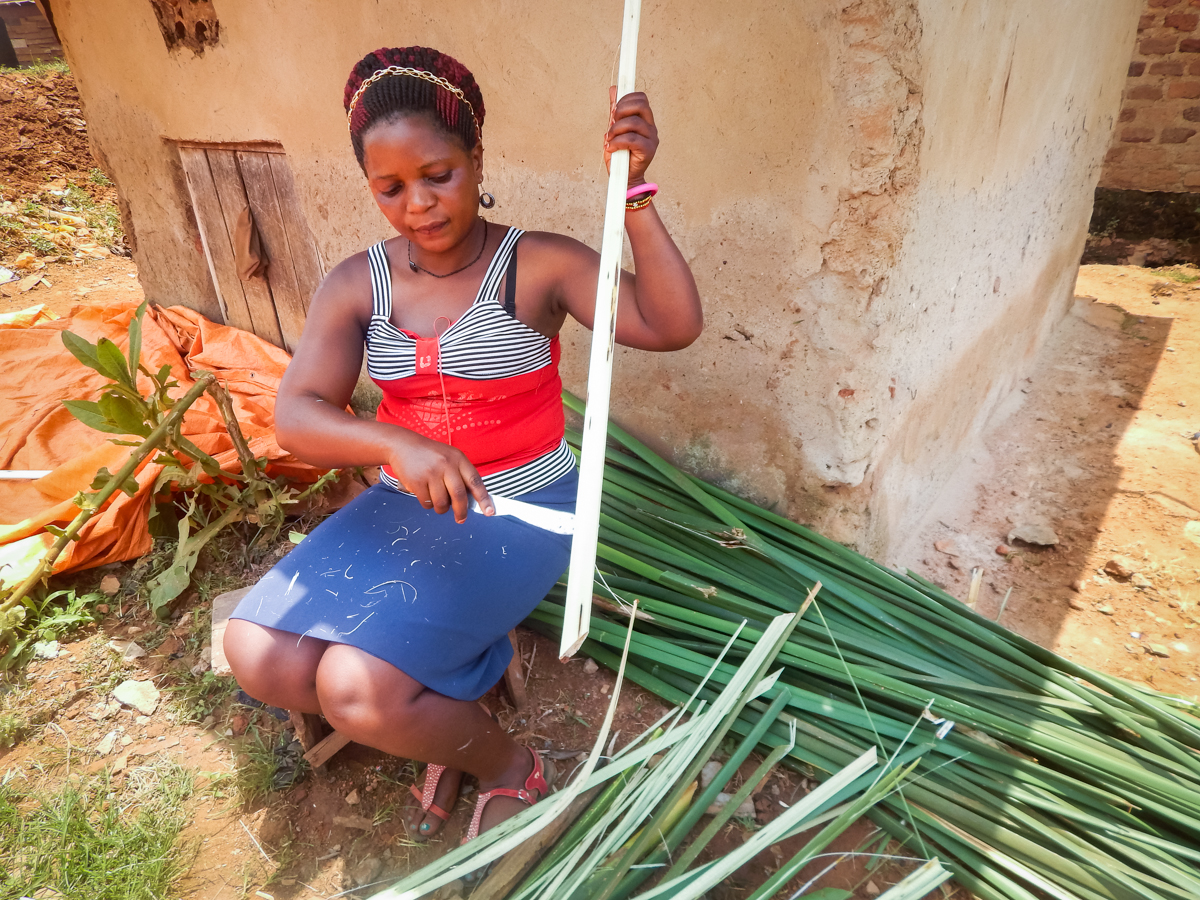 KAMPALA, UGANDA – In a factory in this capital city, workers measure ground papyrus that is delivered in sacks. They create pulp that is cut into strips, and put the finishing touches on sanitary pads that are estimated to be 95 percent biodegradable.

The pads, known as MakaPads, were invented by Moses Kizza Musaazi, a professor of technology at Makerere University. His goal was to create inexpensive, biodegradable pads for schoolgirls who missed class while menstruating because they couldn’t afford to buy sanitary pads. MakaPads are made from raw, local materials and people who work on the pads say they are chemical-free.

“What is key is this poor girl should not miss class from scarcity,” Musaazi says, referring to girls who can’t afford sanitary pads. “She should not be stigmatized by a condition that defines her gender.”

Musaazi’s company, Technology for Tomorrow, also known as T4T, began producing the pads in 2006. The pads are one of a handful of products the company produces. Since then, Musaazi has earned accolades in the global development and innovation communities. The pads are sold at a low price on the open market. And for nine years, up until mid-2015, MakaPads held a contract with the United Nations High Commissioner for Refugees (UNHCR) through which the pads were produced at a factory based in a refugee camp and distributed, for free, to women and girls there.

The contract ended as scheduled but was not renewed, says Fred Kiwanuka, an office commandant at Kyaka II refugee settlement. Kiwanuka works for Uganda’s Office of the Prime Minister, which runs the settlement with the UNHCR.

The pads were not effective, Kiwanuka says. The women and girls at the settlement preferred other brands, he says.

The UNHCR contract ended around the time the pads failed an inspection by the Uganda National Bureau of Standards (UNBS), the body tasked with ensuring that products produced in Uganda meet quality standards. During that inspection, the pads were “found wanting,” says Barbara Kamusiime, the public relations officer at UNBS. UNHCR did not clarify whether it declined to renew the contract because of the UNBS report. 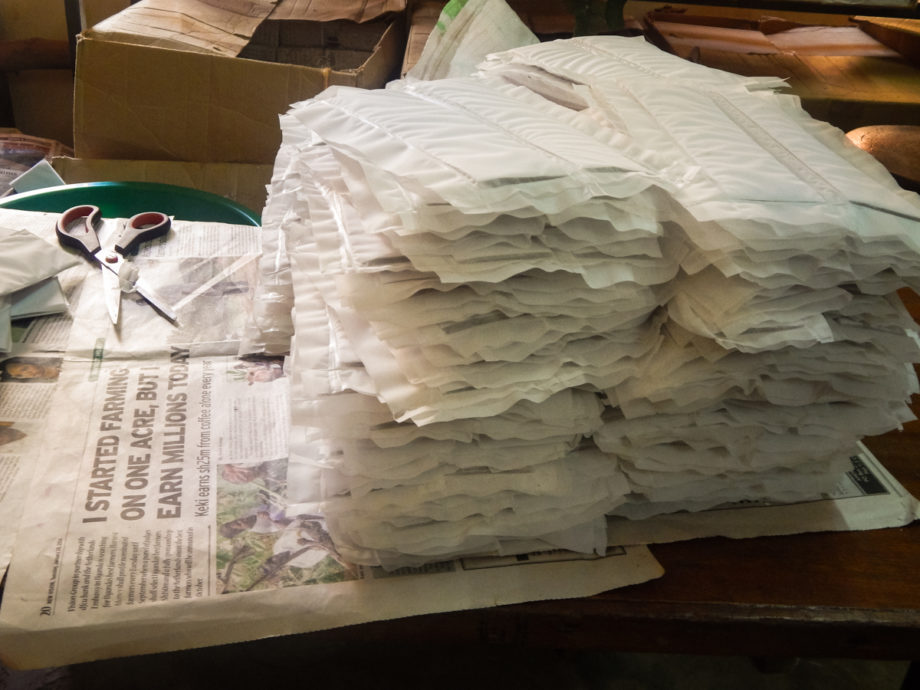 MakaPads sheets are set on a work table in a MakaPads factory.

That 2015 inspection was the first one MakaPads had undergone since 2006, says Ben Manyindo, UNBS executive director.

MakaPads passed the 2006 inspection and was certified then, but Musaazi should have presented the pads for annual inspection and recertification since then, Manyindo says. It’s illegal to sell products that aren’t certified, he says.

Juliet Nakibuule, a manager at T4T, says quality control is done continually in-house, and the pads are inspected annually by the government.

“Quality control is always done at every stage of the production process to ensure maintaining the quality and standard of MakaPads,” Nakibuule says.

Inside the Story: “They Have a Right to a Choice:” Refugees Reject Free Sanitary Pads

While investigating this story, GPJ reporter Edna Namara spoke to women in refugee camps who asserted their right to use the sanitary wear of their choice.

Musaazi told GPJ that T4T operates two additional factories that manufacture the pads– one in the Soroti district, and another in Kawempe, a suburb of Kampala, Uganda’s capital city.

From 2009 to 2015, MakaPads supplied more than 16 million pads to UNHCR for the refugees, according to Nakibuule. The factory at the Kyaka II settlement manufactured the most pads of all the MakaPad factories. Nakibuule declined to disclose the amount T4T earned in profit from the UNHCR contract.

A December 2015 market analysis and strategy report by a pair of graduate students at the University of Michigan noted that 95 percent of MakaPads’s product goes to its UN contract. Distribution of the pads in the refugee settlement stopped in May 2015, according to the report.

The factories are on track to produce a total of 4.4 million pads each year, Nakibuule says.

“We generally monitor the condition of the product to ensure it is not below standard which might result in negative repercussions for the users,” Ejalu says.

Some entrepreneurs evade annual inspection because they don’t want to pay for the inspection, Ejalu says. The inspection fee varies; for MakaPads, it is 800,000 Ugandan shillings ($230), according to Manyindo, the UNBS executive director. 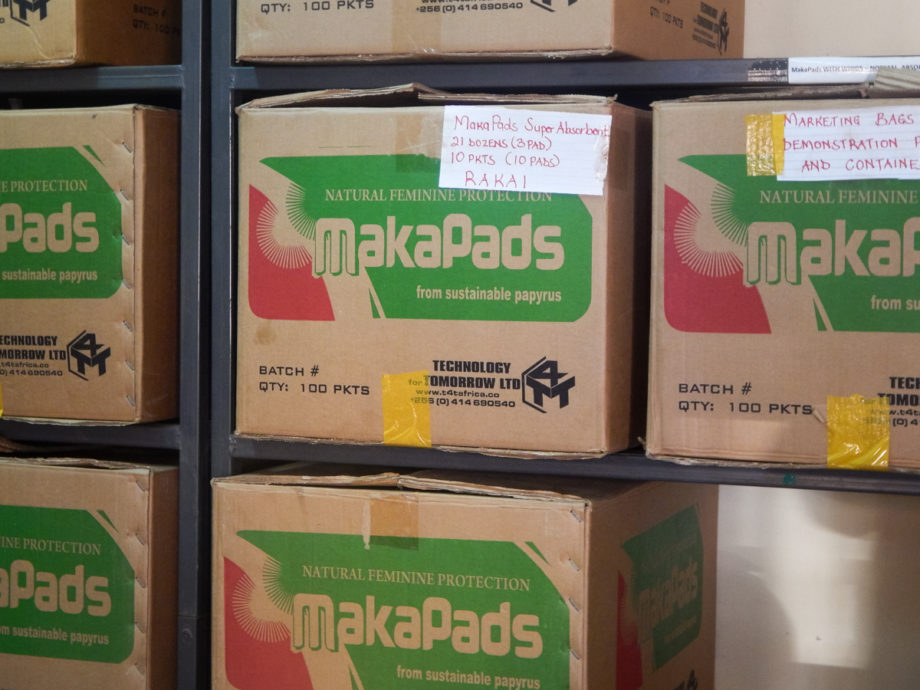 “I consider the maker of MakaPads as a philanthropist, not a businessman, because he has a heart for a poor schoolgirl,” says Brenda Zamukama, a 17-year-old student at Bukoto Senior Secondary School.

The pads are sold for 500 shillings (about 15 cents) for a pack of three – the number Musaazi estimates one student needs to get through a single school day. They are also sold in larger packs.

“I found challenges using it on day two and day three because my flow is very heavy on those days,” she says. “I found myself using about five of them in a day. The one pack could not take me through all the days.”

Refugees also say the pads have a swampy smell, leak when full and the narrow strip does not fit well.

Despite its lack of certification, T4T continues to solicit business for MakaPads. The company signed a two-year contract with the Rotary Club of Muyenga to supply MakaPads to parts of Uganda’s Rakai District. That district was among the first hit by the HIV epidemic, leading to widespread poverty and a high number of orphans. Rotary club officials declined to state when that contract was signed.

The Rotary club plans to supply schools in the district with the pads, in February when schools resume this year, says John Mary Mpagi of Muyenga’s Rotary club.

Eight Rotary clubs around the world partnered under a single club in British Columbia, Canada, the Rotary Club of Whistler, to collect the money needed for the pads, Mpagi says.

One day, Musaazi says, he hopes to sell the pads internationally. In the meantime, he’s working on new innovations. First up, he says, is a new type of baby diaper.

Edna Namara, GPJ, translated some interviews from Swahili and Luganda.