How Mexicans Are Preserving a Beloved Day of the Dead Tradition

The town of Toluca, about an hour outside Mexico City, is well-known for its elaborate, sugar-spun skull confections, called alfeñique. Artisans make the sweets every year for the Day of the Dead festival. But the tradition may be in danger of dying out – so artisans are working to pass the technique on to the next generation.

Brandon Rodríguez de Paz, 25, decorates a sugar skull in Toluca, Mexico. He comes from a family of artisans who have been making the sweets for over 22 years.

TOLUCA, MEXICO — A small, white skull sticks out of a coffin.

Pale and white for now, the skull and the coffin, both made out of sugar, will soon take on colors, flowers and decorations.

For the last 53 years, Camacho has been making traditional alfeñique, a confection modeled from sugar paste. The sweets are used to decorate altars during the Day of the Dead in Mexico.

The technique which gives life to the alfeñique sweets was brought to Mexico about 500 years ago by the Spanish, following the conquest. The sugary decorations adorn altars in Mexican homes on the 1st and 2nd of November each year. 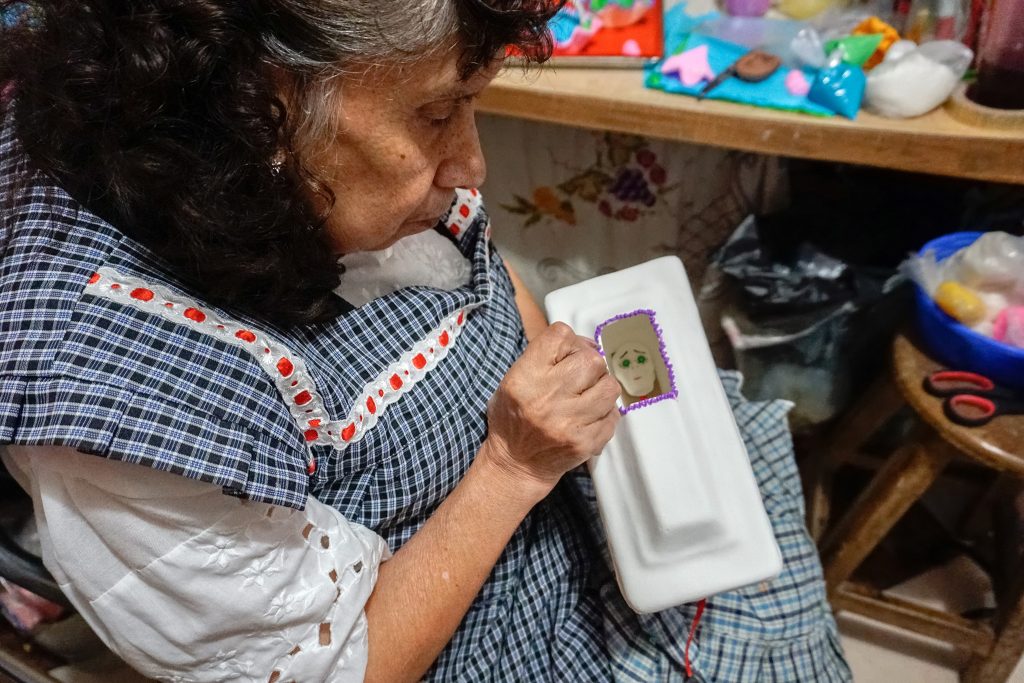 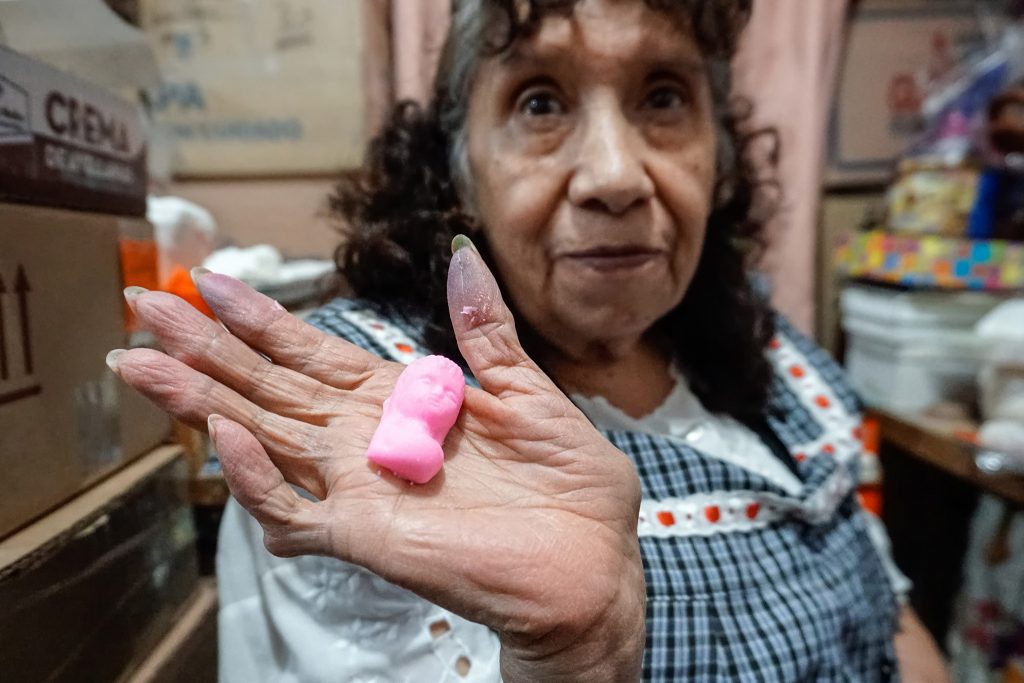 Gloria Camacho, 71, decorates a candy baby and coffin. Alfeñique sweets like these are used to decorate altars during the Day of the Dead holiday in Mexico, which takes place on the 1st and 2nd of November.

“There are three fundamental figures [on the altars],” says César Alejandro Castro León, 41, says. He is the coordinator at the Museo del Alfeñique, an interactive museum dedicated to the alfeñique confection. “The first is the borreguito,” he says, which means little lamb. “The others are the sugar skulls and the coffin.”

While the celebration officially only lasts two days, months are required to make the alfeñique sweets.

“I spend five months on it; I start in May,” says Margarita Mondragón Arriaga, 72.

Her process, which she learned from her grandparents, has become routine.

“I begin with the big things, sheep, pigs, chickens; and from there I go on to little pieces,” she says, adding that she always ends with the sugar coffins.

Although the production time has not changed significantly over time, the amount of material used by artisans has fallen. 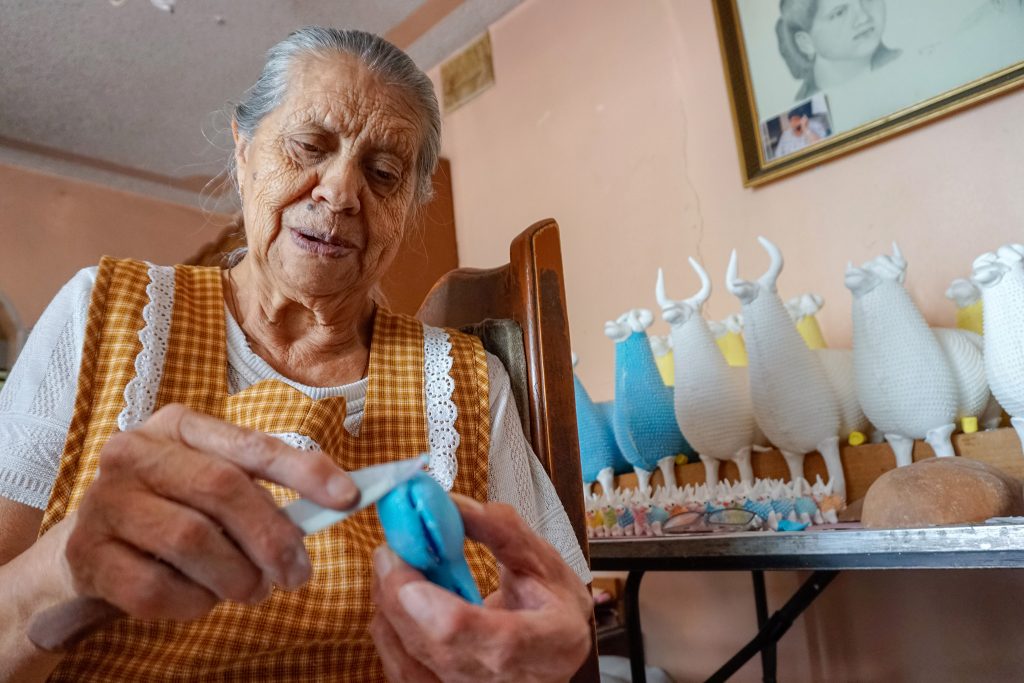 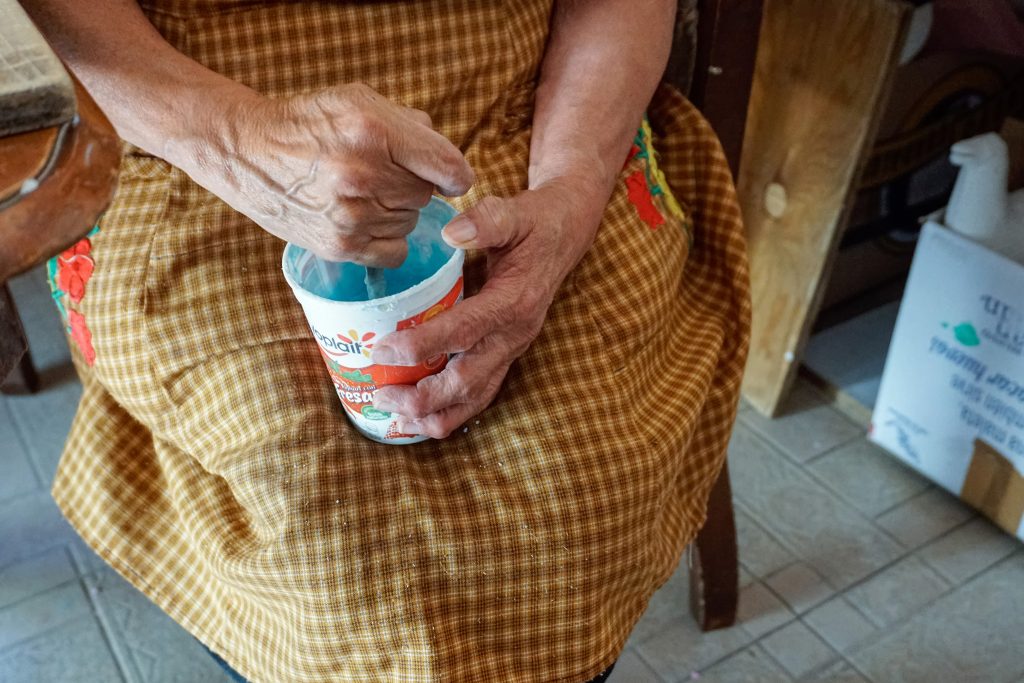 Margarita Mondragón Arriaga, 72, prepares the sugar mixture she uses to make alfeñique sweets. She sells her confections at the annual Alfeñique Fair in downtown Toluca.

Most of the artisans who specialize in this trade make their alfeñique sweets in Toluca, a city about an hour away from Mexico City. They sell their products downtown every year during the Alfeñique Fair. This year, 2019, marks the fair’s 30th anniversary.

Despite the milestone, demand for the sugar products has fallen.

Camacho remembers that she would use up to 20 sacks of sugar, each weighing 50 kilograms (110 pounds), when she was 18 years old.

“Now, I just make about two sacks of sugar; I don’t manage to do more,” she says. “I had many clients from nearby towns, but they hardly come anymore.”

The fair has helped make the work of artisans known and helped to boost tourism in this town. Castro says two to three million people visit the town each year. Still, the artisans say sales are just not what they used to be.

“People no longer come and sales are not very good,” Mondragón says. “We are left with merchandise.”

One challenge is that new generations aren’t interested in the trade, says Jorge Rodríguez, 54, a sugar skulls artisan. 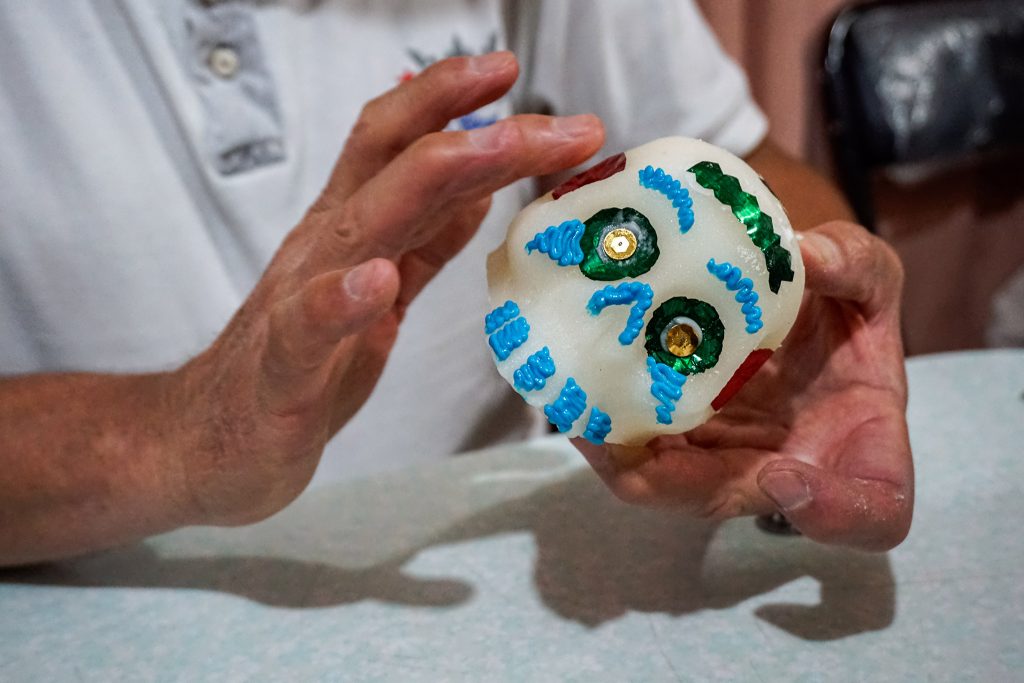 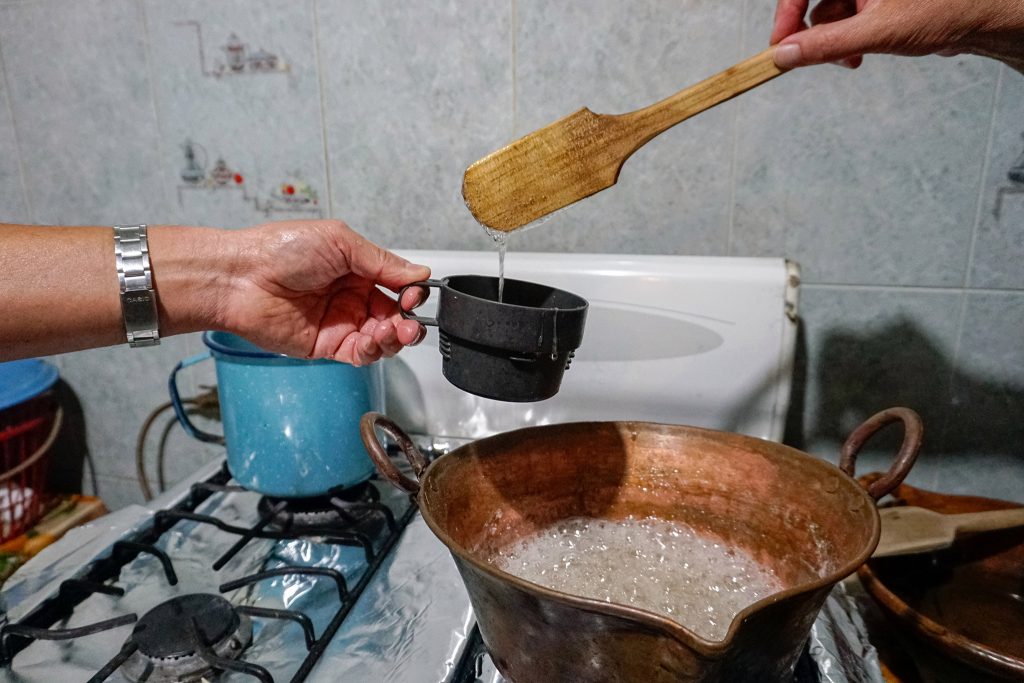 It takes the Rodríguez family about five months in total to prepare all of their sugar skulls.

So the next generation of alfeñique artisans must continue the trade, says Camacho, who is teaching her niece.

Rodríguez is working to pass on the tradition too.

“We have taught it to our children. The youngest said he would never do it, but last year he tried for the first time and won a contest at the fair,” Rodríguez says.

“When I was a child, I thought that it was a very nice economic activity, but I wasn’t very interested,” says Brandon Rodríguez de Paz, 25. “But now the meaning has more value.”

He made an alfeñique sheep that won first place in a contest at the Museo del Alfeñique.

“This is where the history of the alfeñique is told,” Castro says.