As a rebellious teenager, José Luis “El Pikos” Escobar challenged stereotypes by collecting holiday gifts for children in need. Thirty years later, the 45-year-old man, who still identifies as an anti-establishment punk, has made delivering toys for Epiphany a beloved holiday tradition.

Every year for the past eight years, on the night of January 5, José Luis “El Pikos” Escobar has visited a property occupied by people from an Otomí indigenous community in downtown Mexico City to bring toys, clothing, sweets and blankets to families there.

Thirty years ago, José Luis Escobar wanted to ease his mother’s concerns about the way he dressed, the shocking color of his hair and the people he identified with — punks. That’s the moniker adopted by people who embrace a subculture of loud, aggressive music, dramatic hairstyles and clothing; and a dismissive, anti-establishment attitude.

When he was 15, he decided to defy the stereotypes associated with his style. So, he began collecting toys and clothes to give away to local people, especially children, living on the streets. He does it every year on January 5-6, because January 6 is a religious holiday known as Día de los Reyes Magos, or “Three Kings Day” known in English as the Epiphany. In Mexico children traditionally receive presents under a Christmas tree on Epiphany, similar to the December 25 celebration.

Three decades later Escobar, also known as El Pikos, which translates to spike, still proudly identifies as a 45-year-old punk. He works in a Mexico City bar and at a paint manufacturer.

Each year, El Pikos uses his home, two local bars and the homes of friends as collection centers for donations of toys, clothes, blankets and sweets. Starting at dawn on January 6, he delivers the goodies in borrowed vehicles, accompanied by friends and others who support his effort. Because he has spent so many years organizing art workshops for children and youth on the streets of Mexico City, they have come to count on his presence each year and greet him with joy and gratitude. 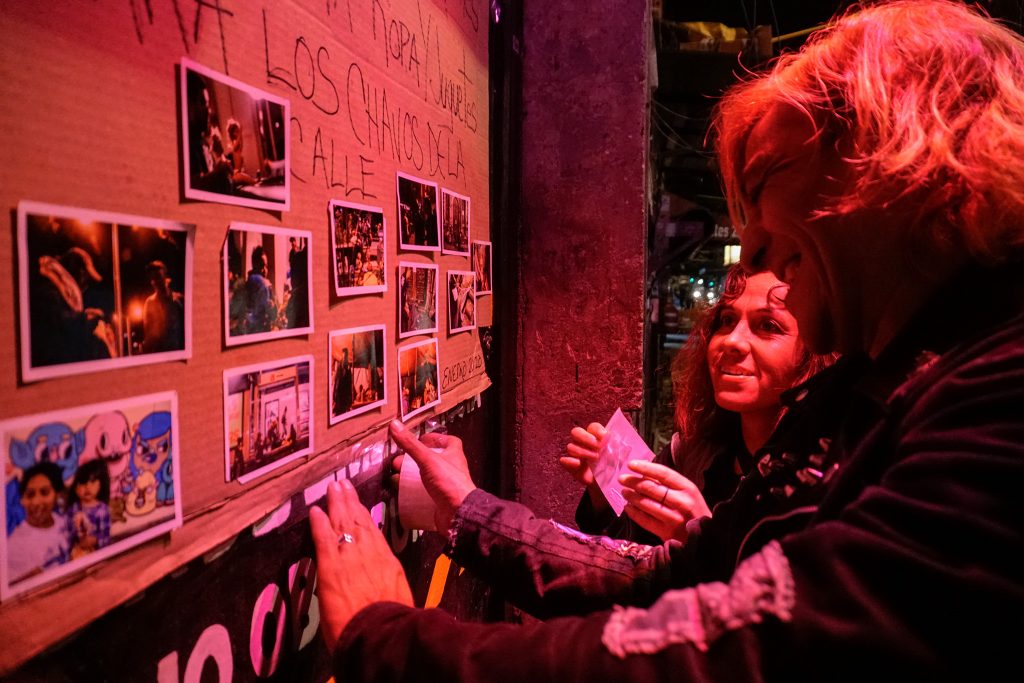 With the help of his partner, Itala Elvia Lozano Segura, El Pikos hangs a poster at La Pulquería Insurgentes, the bar where he works, and where they let him collect donations of toys and clothes. Every year, El Pikos makes posters that he displays in his community market and in the local bars that serve as collection centers. 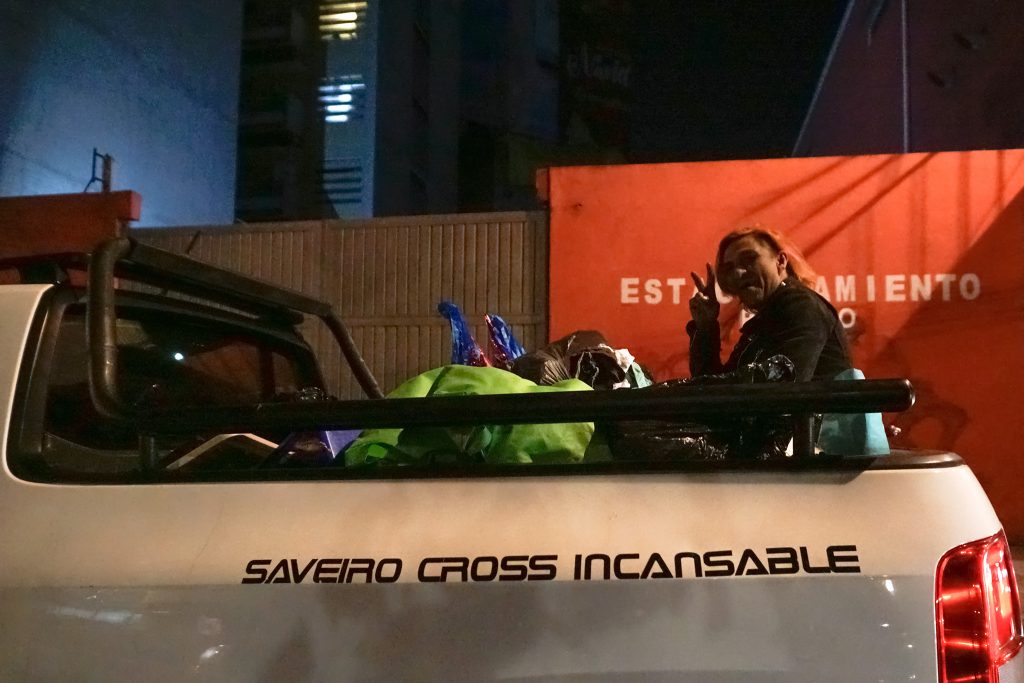 On the night of January 5 and into the early morning of January 6, the clothes, toys and sweets collected are distributed by El Pikos and his friends and acquaintances, some of whom also allow their vehicles to be used for deliveries. This year, the preparation and distribution of donations began at 10 p.m. and finished after 3 a.m.

“The first time I did a collection, I had four gigantic black bags, and I had no way to take them with me,” El Pikos says. “A lot of people have come back to do it for many years, and others have done it for one, but that’s cool because everyone has been lucky enough to be there when the kids get their things.” 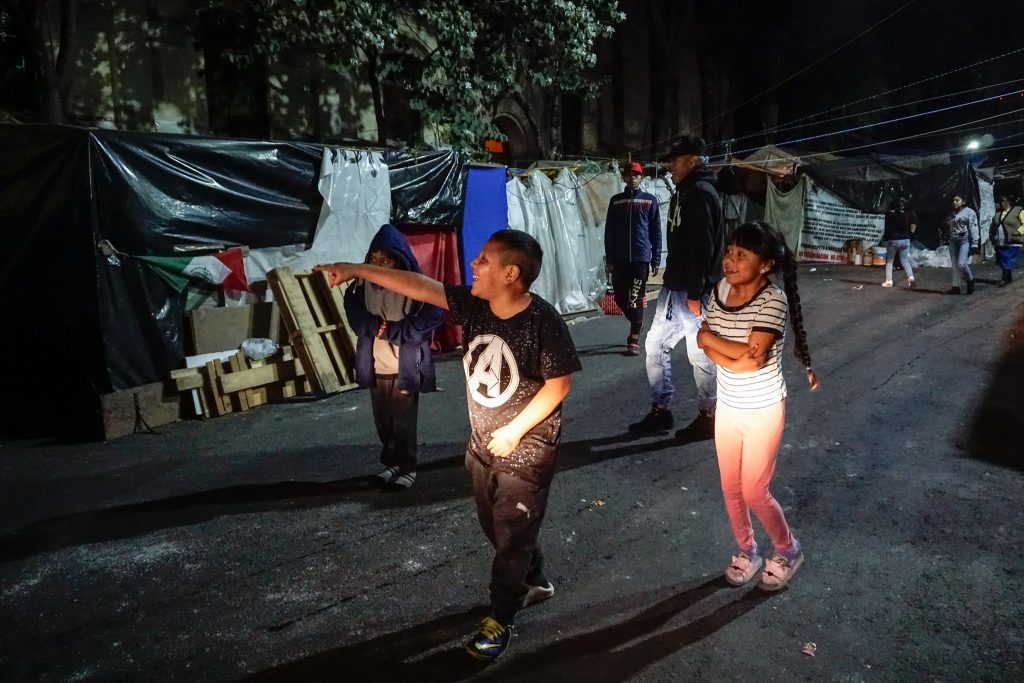 Edwin Macedonio Rafael, 7, (center with black shirt and a white “A”) comes out to receive donations of toys, clothes and a piñata that the so-called Punks Reyes Magos brought to the camp where he lives. Some streets in Mexico City are home to “poblaciones callejeras” (street people), who use tarps and boards to build dwellings along a public highway. For Edwin, the visiting punks are most welcome. “I didn’t get any toys this year, so it’s cool,” he says. 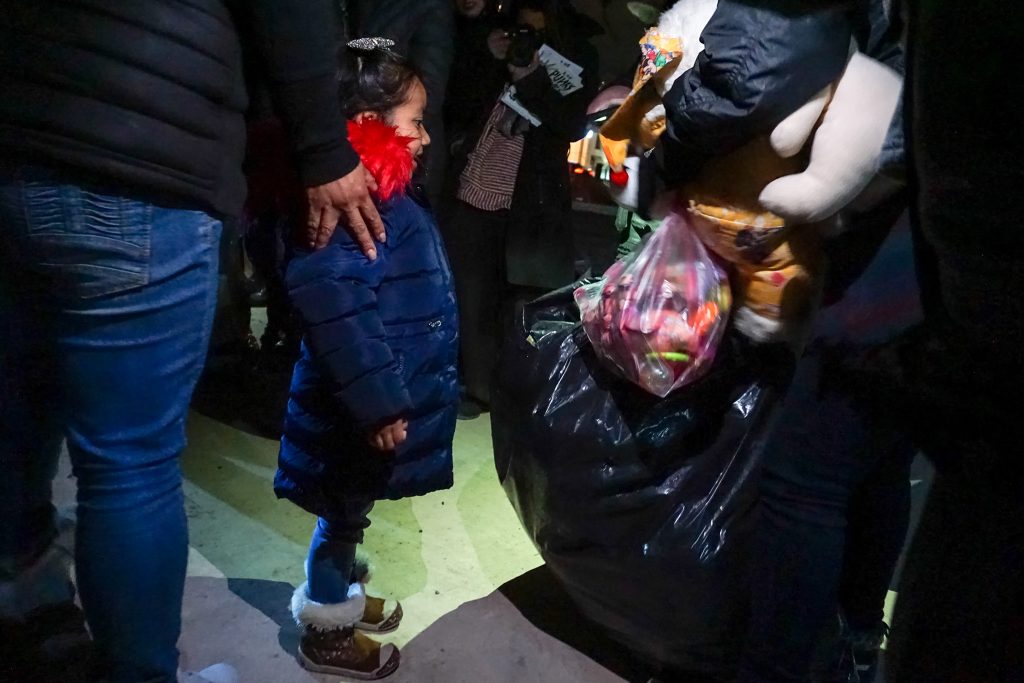 In downtown Mexico City, there is a piece of property that, according to El Pikos, people once used to buy and sell drugs. Now, families live there. These types of properties are known as “okupas,” or squatters. They are often abandoned or in other forms of limbo, such as when their owner dies without a will. El Pikos usually delivers donations to okupas he already knows, because he trusts the people will receive what he drops off.

“The kids get really excited to get something around this time [of year],” he says. 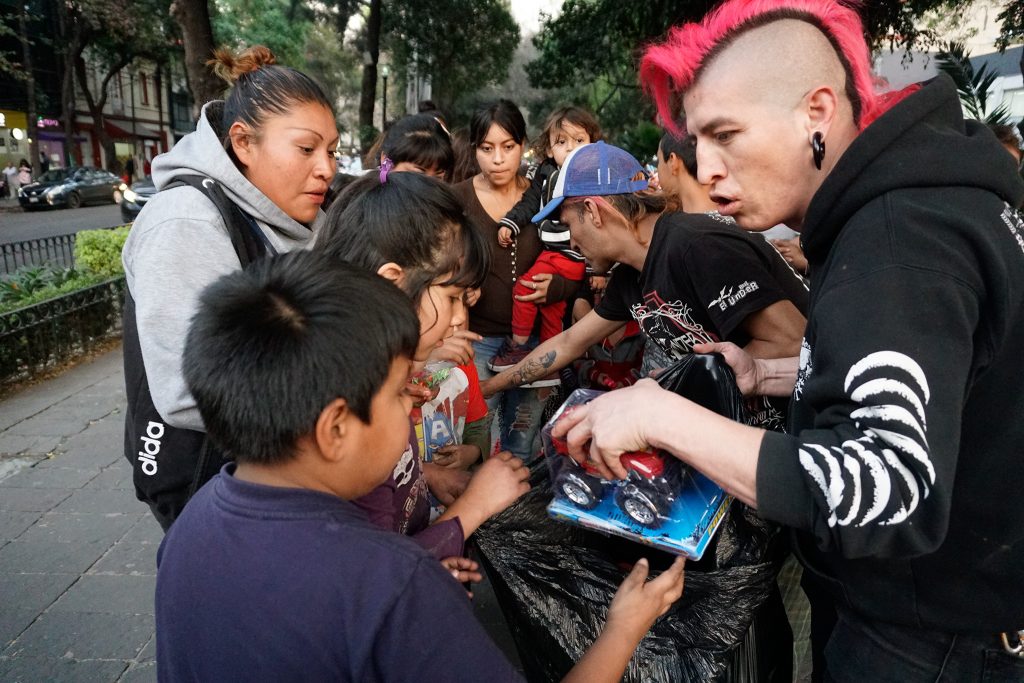 El Pikos and his friends travel around Colonia Roma in downtown Mexico City to hand out clothing, toys and sweets, which they collect every year to give to people living on the streets. “The kids wait for them every year. They know this surprise will come,” one of El Pikos’ friends says. “What El Pikos is doing helps to build a better punk.” 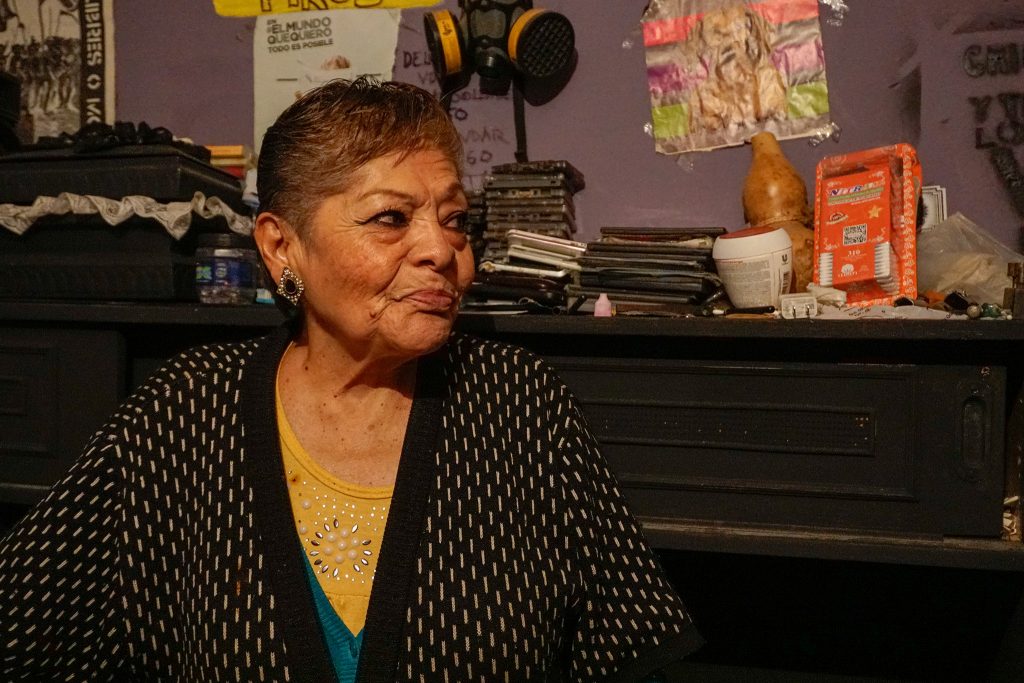 The mother of El Pikos, Graciela Hoyos Rivera, remembers getting angry at her then 14-year-old son when he started to bleach his hair and add green and pink streaks before styling it in spikes. 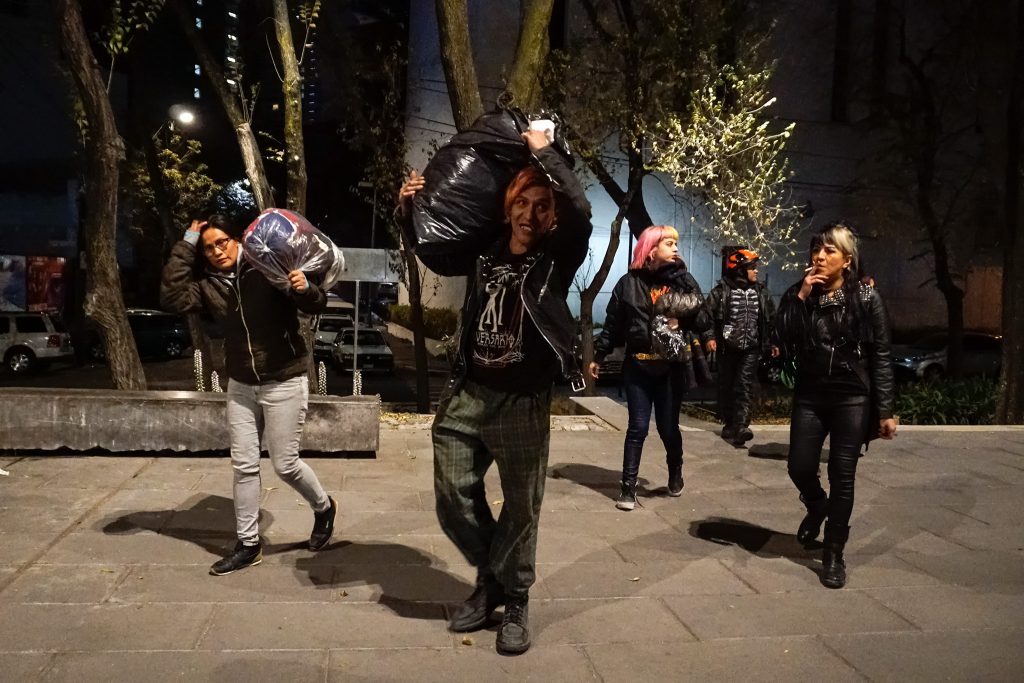 El Pikos (center) delivers the donations he collects to various locations in Mexico City, where people living in the streets congregate and live. Because of the connections he’s established, they happily welcome him. The volunteers who work with El Pikos separate the clothing and toys by gender and size to make distribution easier.

“Around here I have guys still around who were kids when I was a street teacher,” El Pikos says. “And when they see me, they say, ‘What’s up, Pikos? No toys this year?’”