Skip to main content
The story you are reading was published on Monday July 31, 2017. To read more recent stories click here. 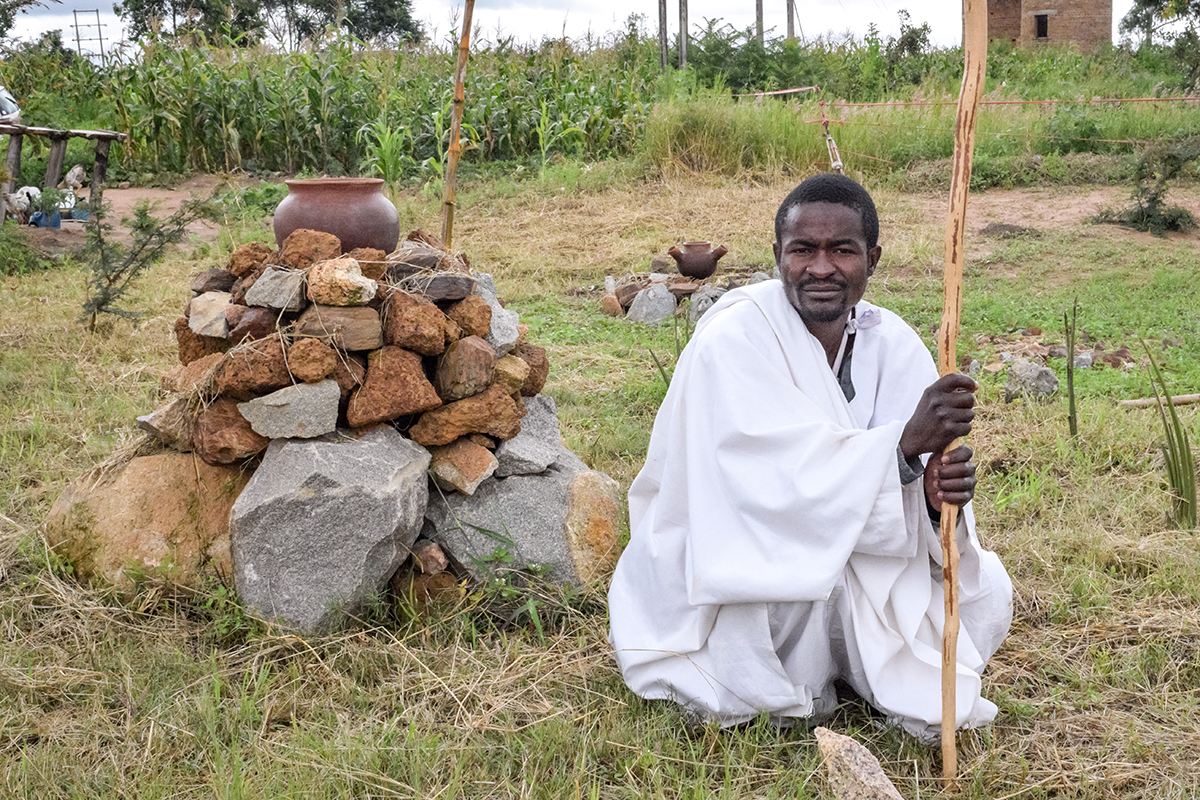 HARARE, ZIMBABWE — Esnat Mashangana used to struggle with alcohol addiction. But she says she got sober after her son was bewitched and became mentally ill in 2012.

He would walk around naked and hallucinate about snakes.

“We tried consulting traditional healers but it did not help,” she says.

Next, Mashangana took her son to a local hospital in search of a cure. But doctors just gave him sedatives. Nothing changed.

That’s when she decided to try the prophets.

She sought out the mapositori enguwo tsvuku, a Shona term that means the apostles of red garments, which the prophets wear.

“Prophet Wilson Koloko prophesied that my son had been bewitched by his family, particularly my late husband’s brother,” she says.

In September 2015, Mashangana, Koloko and her son traveled to her rural home to confront her husband’s brother in hopes that the prophet could avenge her son’s illness. But when they arrived, the family was not pleased.

We do not remove bad omens. We turn them back to the person who sent them. Some can even be killed. We cannot have mercy on someone who causes distress.Garikai Chirume, a prophet in Harare, Zimbabwe

“My prophet asked my husband’s brother permission to conduct prayers to help my son and he refused,” she says. “My prophet did not argue.”

She says Koloko just went outside in the yard and started throwing holy water from the cleansing bowl. Then he asked her son to make some wishes.

He wished for a home on the family’s land, she says.

“We went back to his rural home with the prophet and conducted an all-night prayer at an open fire and used holy water to protect him from evil spirits,” she says.

Eight months later, she says, they were granted permission to build a home on the family’s land. And the curse left her son and found its way to another family member.

“My husband’s brother then got mentally ill and urinates on himself as punishment to his sins,” Mashangana says.

Followers of the Johane Masowe Chishanu Yenyenyedzi Nomwe church, led by the apostles of red garments, are known for their penchant for revenge. The church is feared by some, but the church’s congregants see it as incorporating Zimbabwean tradition with Christianity.

A variety of Christian apostolic sects exist in Zimbabwe, and their growth is associated with the nation’s deepening economic crisis as people seek answers to their problems. Zimbabwe traditional religions have been deemed as evil by many churches, yet some Christian sects have the belief that evil supernatural forces influence people’s fate and that these spirits should be cast out, an article in the January 2014 issue of the International Journal of Humanities and Social Studies states.

Wooden bowls used to cleanse evil spirits are at the center of the shrine of the Johane Masowe Chishanu Yenyenyedzi Nomwe church, where, on a Friday morning, two prophets attend to those who’ve come with spiritual troubles.

Garikai Chirume, a prophet, says the church has a history rooted in miracles. It was formed by Hazvinei Changachikomo, who was born prematurely on Dec. 25, 1909, and who lived a life filled with miraculous events, including the ability to walk at four weeks old.

Chirume explains that the church doctrine does not discard traditional beliefs and actively uses the spiritual power of ancestors.

“We recognize both the Holy Spirit and the ancestors as important,” Chirume says. “For a person’s spiritual problem to end, we trace from their ancestors. But Christianity came after tradition so we put tradition first.”

Chirume says most of the prophet’s services are free.

“We help people with problems ranging from barrenness, marital problems and any kind of sickness,” he says. 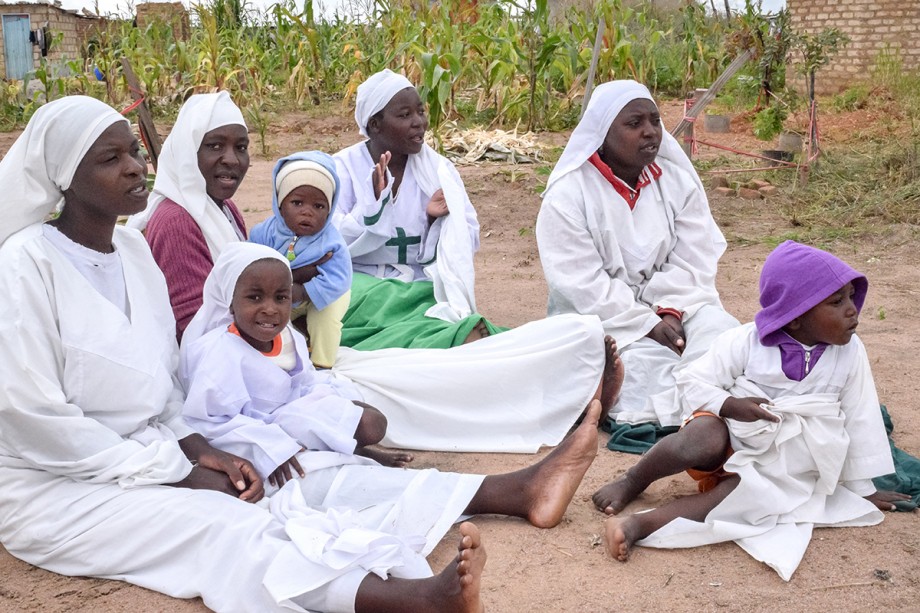 While the prophets are popular in some circles, other churches say they overemphasize the role of ancestral spirits and preach revenge, both of which are counter to Christianity.

Christopher Chisale, a pastor with Faith Ministries, a Pentecostal church in Zimbabwe, says Christianity should be indigenized, but there are limits. Some elements, like the existence of Jesus, he says, are fundamental.

“We do believe that as Africans we have ancestors, but we do not believe that they have control over one’s life,” says Chisale. “When one dies, what is left are only memories of them.”

He also says the Bible is clear on the issue of revenge.

“When someone does you wrong it’s not up to you to decide what should be done,” he says.

Richard Shadrack Maposa, a professor of political theology at the University of Zimbabwe, agrees. “The act of revenge is not Christian,” he says.

Many of the new Christian movements in Zimbabwe blend Christianity and tradition, Maposa says. “The church structures are based on how African societies operate,” he says.

“We do not remove bad omens,” he says. “We turn them back to the person who sent them. Some can even be killed. We cannot have mercy on someone who causes distress.”

Last year, after the prophet Koloko helped Mashangana’s son, he returned again to Mashangana’s home. This time it was not to avenge a wrong. Instead, it was to pray for her son to find a job as a professional driver.

“Now my son has a stable job and he is no longer mentally ill,” Mashangana says.