Skip to main content
The story you are reading was published on Monday August 24, 2015. To read more recent stories click here. 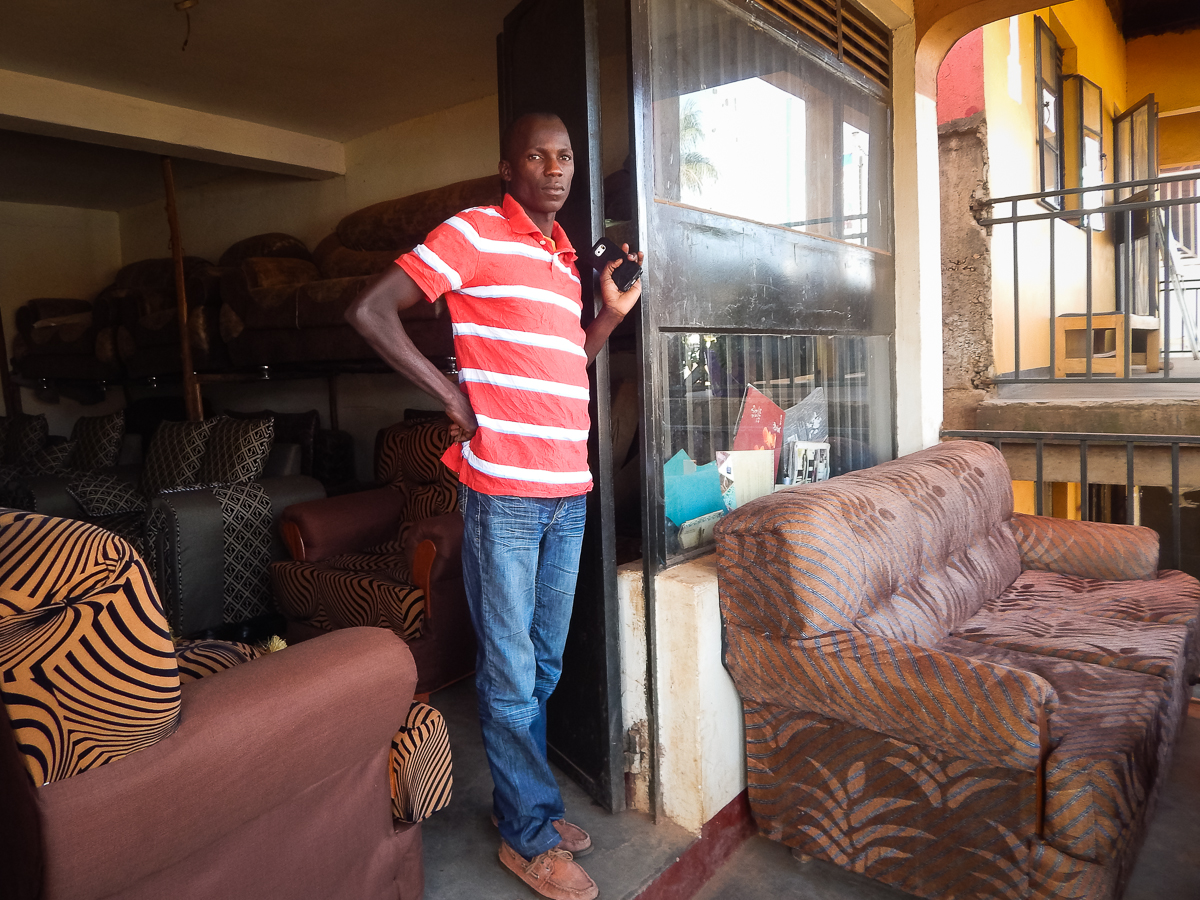 WAKISO, UGANDA – Abel Mumpe watches two of his business partners prepare blocks of clay to be fired into bricks on a farm in Wakiso District, which surrounds Uganda’s capital, Kampala. The men heap the freshly made blocks together and place firewood underneath.

While his partners make bricks, Mumpe, 25, travels around the city selling the construction materials to real estate companies and individuals.

This isn’t the kind of work Mumpe planned to do. When he earned his diploma in 2010, Mumpe envisioned working as a counselor in an office.

But despite sending out job applications, he was unemployed for three years. He lived with his aunt in Kampala and depended on her for his basic needs. In November 2013, Mumpe and nine other jobless college graduates decided to start a brickmaking business. They applied for a loan from the Youth Venture Capital Fund, a government program that loans money to young people to help them grow businesses.

The partners received a startup loan of 25 million shillings ($7,000) that they are to repay over four years – with an additional year-long grace period – at an annual interest rate of 15 percent.

“We have expanded our business more than four times,” he says.

Mumpe’s business success makes him unusual among his peers, many of whom struggle to find work.

Youth unemployment is a global problem. People ages 15 to 24 have an unemployment rate two to three times higher than adults, according to a 2012 UNESCO report.

In Kenya, 35 percent of all 20-year-olds are unemployed, according to a 2013 United Nations Development Programme report. In the U.S., only about half of all people ages 16 to 24 years old are employed, the U.S. Bureau of Labor Statistics reported this month.

In Uganda, the 2014 census provisional report projects 18.4 percent of the population will be between the ages of 18 and 30 in 2015, and 56.7 percent will be under 18. There, youth unemployment numbers are staggering, according to some reports. Exact numbers vary, but it could be as high as 65 percent, the number published in The State of Uganda Population Report 2014.

More than 50,000 young people have received loans through the programs over the past three years. Nearly 44,000 of those young people received money through the Youth Livelihood Programme, says the program’s manager, James Ebitu. The loans do not require collateral, but they’re only available to groups of 10 to 15 people, and the groups must be 30 percent female. The program has provided startup funding for such small-scale businesses as wineries, juice makers, coffee packagers, honey processors and metal fabricators, Ebitu says.

The Youth Venture Capital Fund issued loans to more than 10,500 people, as of December 2014, through Uganda’s Centenary Bank, one of the fund’s implementing partners. Allen Nayebare, the bank’s chief manager of corporate affairs and communications, says groups seeking those loans must put up collateral and have two guarantors, and their businesses must have been in operation for at least three months by the time they apply. Before lending money under the program, the bank partners with the International Labor Organization to train entrepreneurs in business management, Nayebare says.

Lucy Nakamate and her group, Twezimbe Youth Farmers, rear goats in central Uganda, thanks to a loan of 10 million shillings ($2,800) from the Youth Livelihood Programme. The group bought 50 goats in January 2014 and rented land on which to raise them. Twezimbe Youth Farmers hopes to double the number of animals it rears by the end of 2015 and quadruple it by the end of next year.

“I am happy that this government has given us hope,” Nakamate says, her face beaming with excitement. “At least we are doing something.”

Nakamate, 25, has a diploma in journalism and mass communication. Before starting Twezimbe Youth Farmers, she unsuccessfully pursued jobs at local media organizations. The members of her group, all of whom she knew through her church, all have university degrees or diplomas, she says. In Uganda, a diploma requires one to two years of post-secondary education while a degree, a higher qualification, requires three to five years of study.

“We are now busy,” Peko says. “We have hope. We know someday our business will grow bigger when we start winning big contracts like making furniture for schools.”

The 12-member group has made a profit of 6 million shillings ($1,700) since starting the project, he says.

Peko graduated from college in 2011 and was jobless until his group started the business last year. Six members of his group have college diplomas and the others studied up to the highest level in high school.

Ebitu, the manager of the Youth Livelihood Programme, says the program has empowered thousands of young people to earn a living. About 773 million shillings ($217,000) of the funds loaned out through the program has been paid back, he says.

Some of the entrepreneurs are earning more than they would have had they landed the jobs they sought upon graduating from college.

“Of course there is more money in business than in office jobs,” he says.