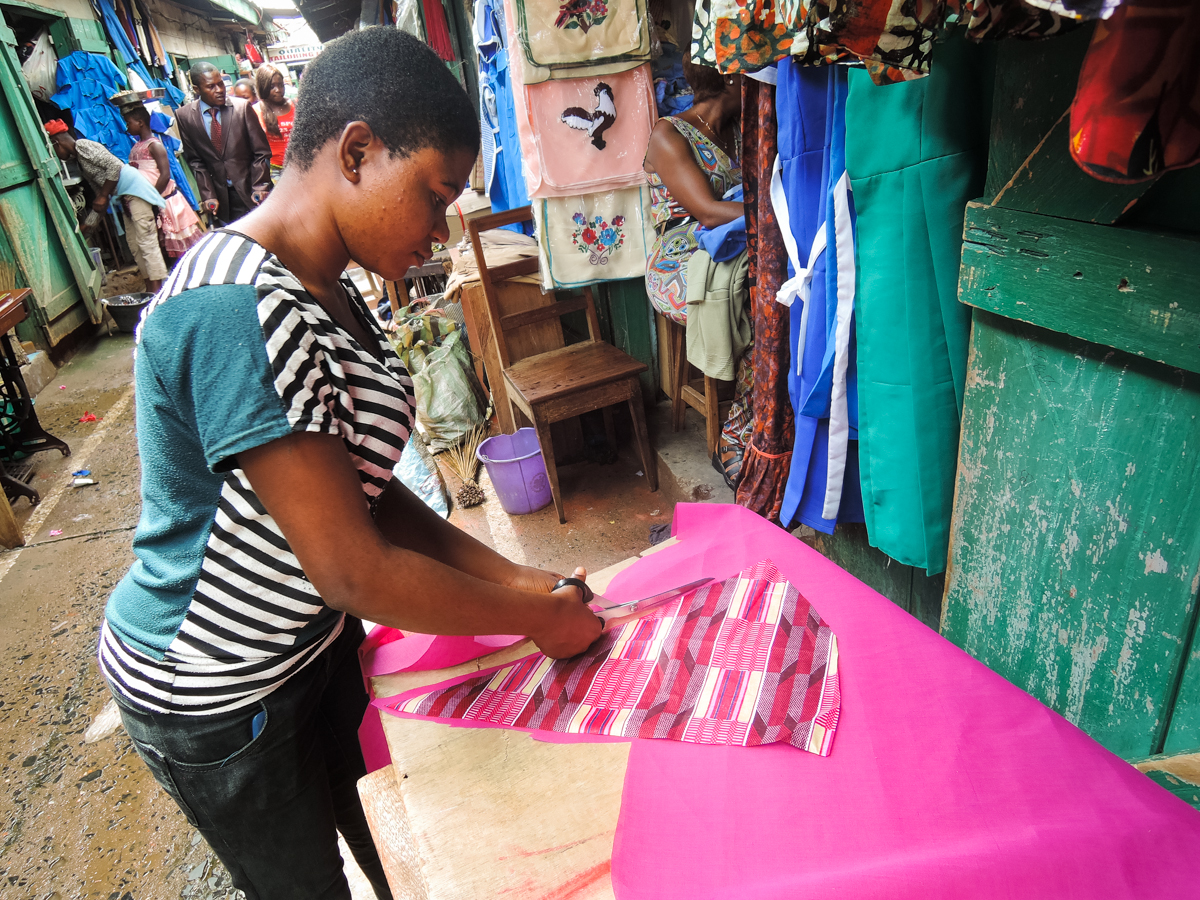 BAMENDA, CAMEROON – Julie Chambi’s earrings were made in Africa. So was her dress, her necklace and bangle.

Chambi is African, and she lives in Africa. It seems only natural that her clothes would reflect her location, and her heritage.

“It gives me a sense of belonging, and it is a sign of identity,” says Chambi, the chief of administration and finance at the Bamenda City Council. “It makes me really confident and, above all, it is very dignifying.”

But fashion designers, and the women who choose their clothes, say it’s a recent trend for women to select locally made attire. Vendors and designers say demand for African designs in Cameroon has doubled over the years, leading to the production of more sophisticated and beautiful fabrics for all occasions. That’s a shift from past decades, when many women preferred Western-style clothing.

Susan Nwandum, a seamstress and importer of African designs, says she sold about five times more African-style clothing in 2015 than she did a decade ago. The quality of the designs and the fabrics has improved over that time, she says, causing demand to increase exponentially.

Every woman wants to look African nowadays. Susan Nwandum, a seamstress who imports African-style fabric from around the continent

The fabric for many of the African styles is colorful, some solid and some with patterns. There is a wide variety, depending on individual tastes. People can purchase a completed outfit or buy fabric and have a tailor or seamstress make the outfit for them.

A sophisticated African-style outfit has become something of a status symbol, with prices for some designs and fabrics ranging from 15,000 Central African francs (about $25) to as high as 300,000 francs (about $500). In a country where, according to the World Bank, the gross national income per capita is $1,350, those prices are out of reach for many.

Nwandum says she started work as an independent seamstress in 1994. New technology has helped shift her customers’ preference toward African clothes, she says.

Nwandum buys fabric and finished clothes from both Senegalese and Cameroonian designers in Douala, Cameroon. She goes as far as Cotonou, Benin, to purchase other designs that Cameroonian women prefer.

“If you want quality designs, you can get the best from Cotonou,” she says. “Cotonou tailors and designers have invested in purchasing the most sophisticated sewing and marking machines that are hardly seen in Cameroon.” 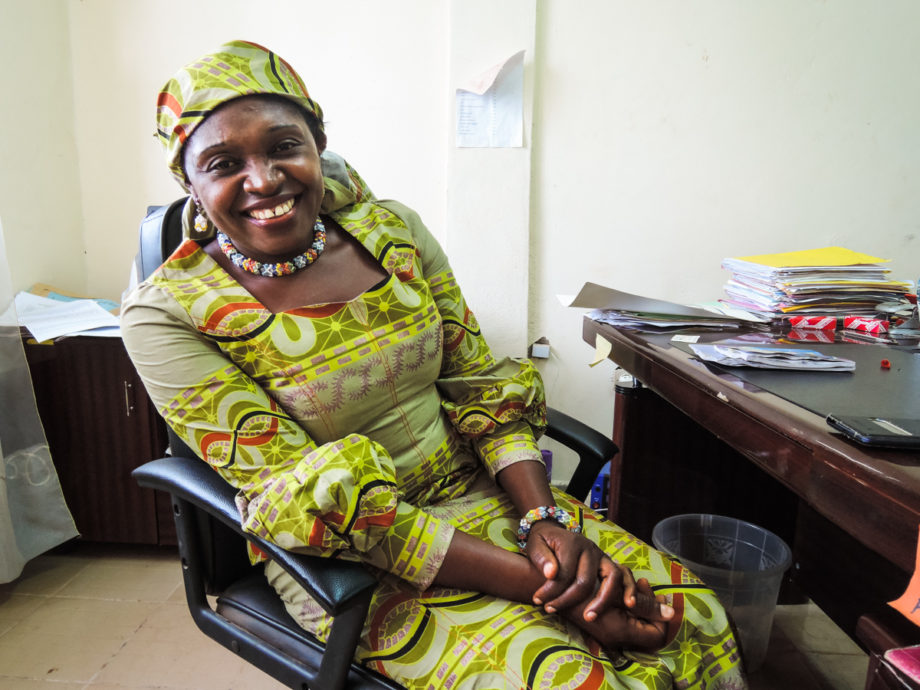 Julie Chambi, pictured in her office at the Bamenda City Council, switched from wearing Western-style to African-style dresses 15 years ago. She says the dresses give her a sense of identity and confidence.

The shift toward African clothes is boosting the local economy. Nwandum says the increase in demand of African styles has given her the chance to send her children to a good school.

But not everyone is benefiting from the shift.

Maridou Masake is a designer. She uses a marking machine to complete work for tailors and seamstresses in Bamenda, but they pay less now than they once did, she says. Higher demand has been met by more people learning how to use a marking machine, which makes designs on fabric. The industry is now crowded with people who want to make money off the trend.

Even so, Masake says she now has more customers than ever before, and that helps stabilize her income.

Vendors who specialize in Western clothing say the trend toward African garments has affected their sales. Henrietta Ngozi, a Nigerian who has sold Western clothing in Bamenda for 16 years, says demand has dropped.

“Market is not good for those of us selling Western wares again,” she says. “Since most African women now prefer African designs, the demand for our stock has reduced.”

But in general, she says, more women these days prefer African apparel.

Joel Amungwa is a secondhand clothing vendor in Bamenda. He says business has dropped.

“Market don spoil,” he says in pidgin English, meaning business is not as good as before. “All man don go African.”

Amungwa laughs and says he is thinking about becoming a tailor so he can make the clothes people want now.

For some, traditional African clothes are too expensive. Jennet Fai, a farmer in Bamenda, says she can’t afford African styles. If she has an occasion to attend, Fai says, she buys secondhand or something Chinese-made, because that’s what she can afford.

“Where can I have that kind of money?” she says.

For Chambi, the Bamenda City Council finance and administration chief, the cost of high-quality African apparel isn’t a deterrent. She says she switched from Western-style to African clothes about 15 years ago. The women who buy expensive African styles are the ones who would likely choose expensive Western styles, she says.

“As a matter of fact, the very expensive dresses, irrespective of whether they are Western or African wares, will always remain a status symbol to those who wear them,” she says.