62,950 COMPLAINTS HAVE BEEN FILED.
BUT NEPAL’S TRUTH AND RECONCILIATION COMMISSION HASN’T HEARD A SINGLE ONE.

The civil war ended here in 2006. Nine years later the Truth and Reconciliation Commission was created. But legal barriers, logistics issues and a lack of political will have left tens of thousands of complaints stagnating. Among them, the few sexual assault cases may face the greatest obstacles.

NEPALGUNJ, NEPAL — She was alone when government soldiers walked into her home.

They told the 12-year-old that they were searching for Maoists, members of the armed group waging war against the government.

They drank all of the alcohol in the house as they searched. Then, they demanded she show them the sheds out back.

“They did bad things to me,” says Sima, who asked to use only her first name because of stigma against against people who have experienced sexual assault.

Three men raped the girl before she lost consciousness.

Sima, now an adult, is one of more than 60,000 people who has lodged a claim with Nepal’s Truth and Reconciliation Commission, a body set up to investigate human rights violations, promote reconciliation and recommend financial relief to those whose lives were ripped apart during the country’s civil war that raged from 1996 to 2006.

But she is one of just 322 whose claim alleges sexual assault.

Her case, along with the thousands of others who suffered human rights violations at the hands of the army, the police or armed groups, is stuck in limbo. The commission has struggled to operate amid political and bureaucratic instability here.

So far, it has not recommended a single prosecution.

Disappointed with the lack of economic reform under the country’s democratically elected government, and with long-standing grievances over the distribution of land, an armed group calling themselves Maoists took up arms against the government in 1996.

An estimated 18,165 people were killed, and more than 1,700 were disappeared during the war.

Throughout the conflict, both the Nepalese army and members of the Maoist armed group used sexual violence as a routine tactic.

At its conclusion, the government promised financial relief to those affected by the war. The process for assessing claims of human rights violations has been labyrinthine and opaque, with sexual assault claimants facing the greatest obstacles.

After the soldiers raped her, Sima’s father took her to a hospital in India for treatment. She stayed there for a week.

Sima says her behavior changed after the incident. She stopped speaking to her friends. She would stay quiet and cry when she was alone. “My mother would scold me for not speaking,” she says. “She didn’t know what happened.”

Only her father did. That’s why he pushed her to get married at 16, she says. “He was afraid that if word got out, no one in the village would marry me.”

Sima now has two daughters of her own.

A BACKLOG OF CASES

Sima couldn’t make a complaint under Nepal’s first post-conflict relief program because the government didn’t acknowledge sexual violence in the conflict until 2014.

Instead, the Ministry of Peace and Reconstruction was responsible for identifying people eligible for relief payments related to death, disability, displacement, kidnapping, disappearance and destruction of property.

That was supposed to include people like Gita Godiya.

Government soldiers walked into her home in 2001 and took her husband, Dhani Raj Godiya, a coppersmith. The soldiers accused him of making bombs and bullets for the Maoists. He denied the allegations.

Godiya hasn’t seen her husband since. She spent the next two decades raising six children on her own and struggling to make a living as a laborer. One daughter died because she couldn’t get the medical care she needed, Godiya says. None of her children got an education – she couldn’t afford it.

As the wife of a disappeared person, Godiya was eligible for relief from the ministry. But she has not found justice.

Godiya says she twice sent evidence of her husband’s abduction and assumed death to the ministry. She should be eligible to receive 1 million Nepalese rupees ($8,201) for his disappearance as well as a further 25,000 rupees ($205) for her widow status, government officials say. But the only thing the family received from the ministry was a letter asking for more evidence.

“We are tired,” her son Dhirendra Kumar Godiya says. “They say go here and go there, but nothing happens.”

He says families who submitted claims after theirs have received payment. The Godiyas wonder why they were left out.

The Ministry of Peace and Reconstruction established five separate task forces between 2007 and 2015 to identify people who suffered under the conflict and provide their details to the government for relief payments.

But of all of these cases, Neupane says they don’t know how many of them have received relief and how many are still waiting. Officials there are still sorting through the data.

Disbanding the Ministry of Peace and Reconstruction complicated matters, says Paramananda Ghimire, the former undersecretary at the Ministry of Home Affairs. The information they received during the transition between ministries was incomplete, he says, meaning some claimants have been left out of official databases. 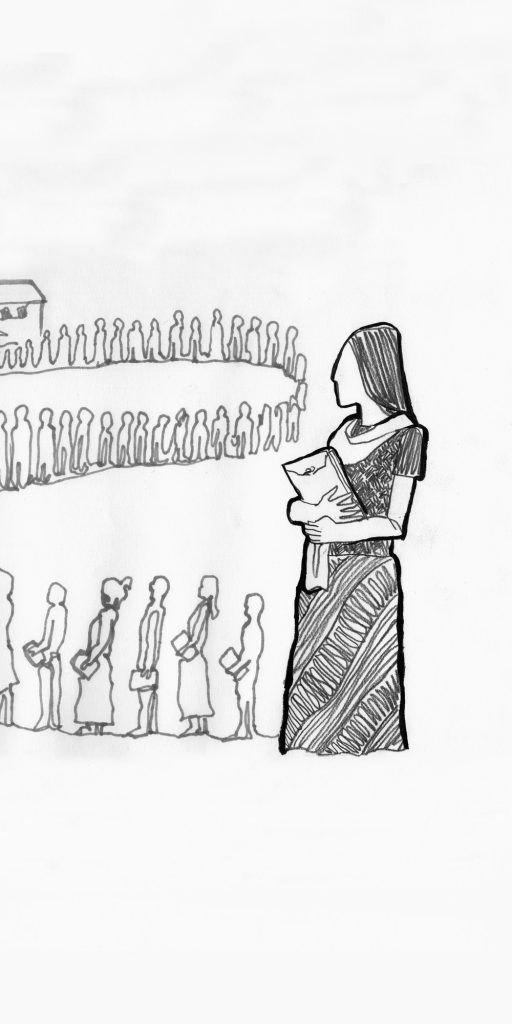 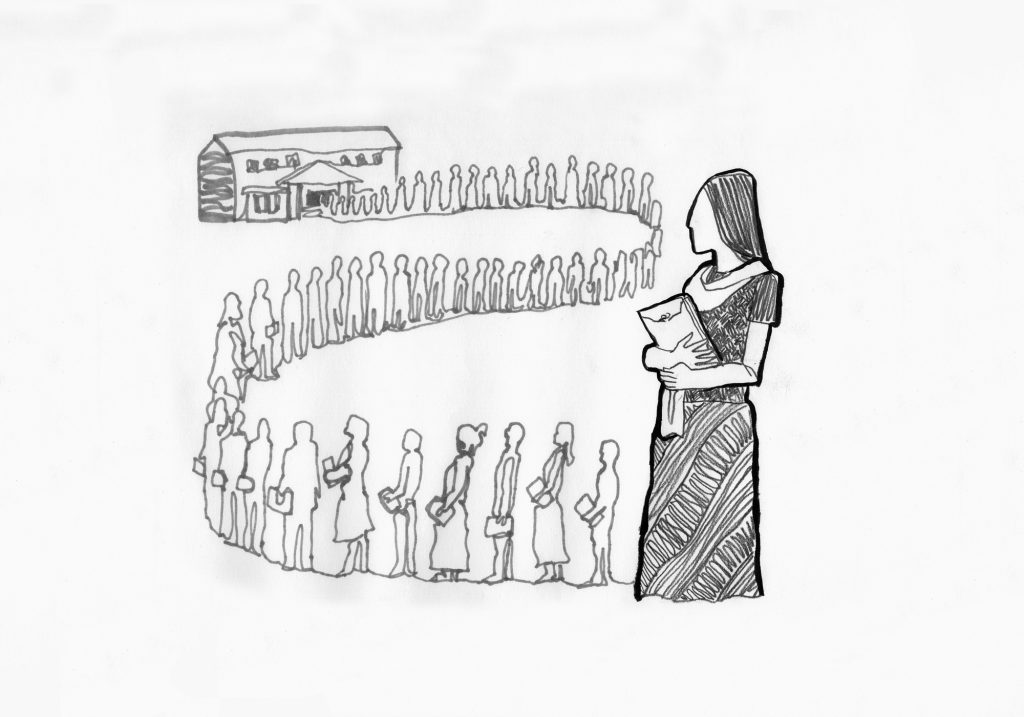 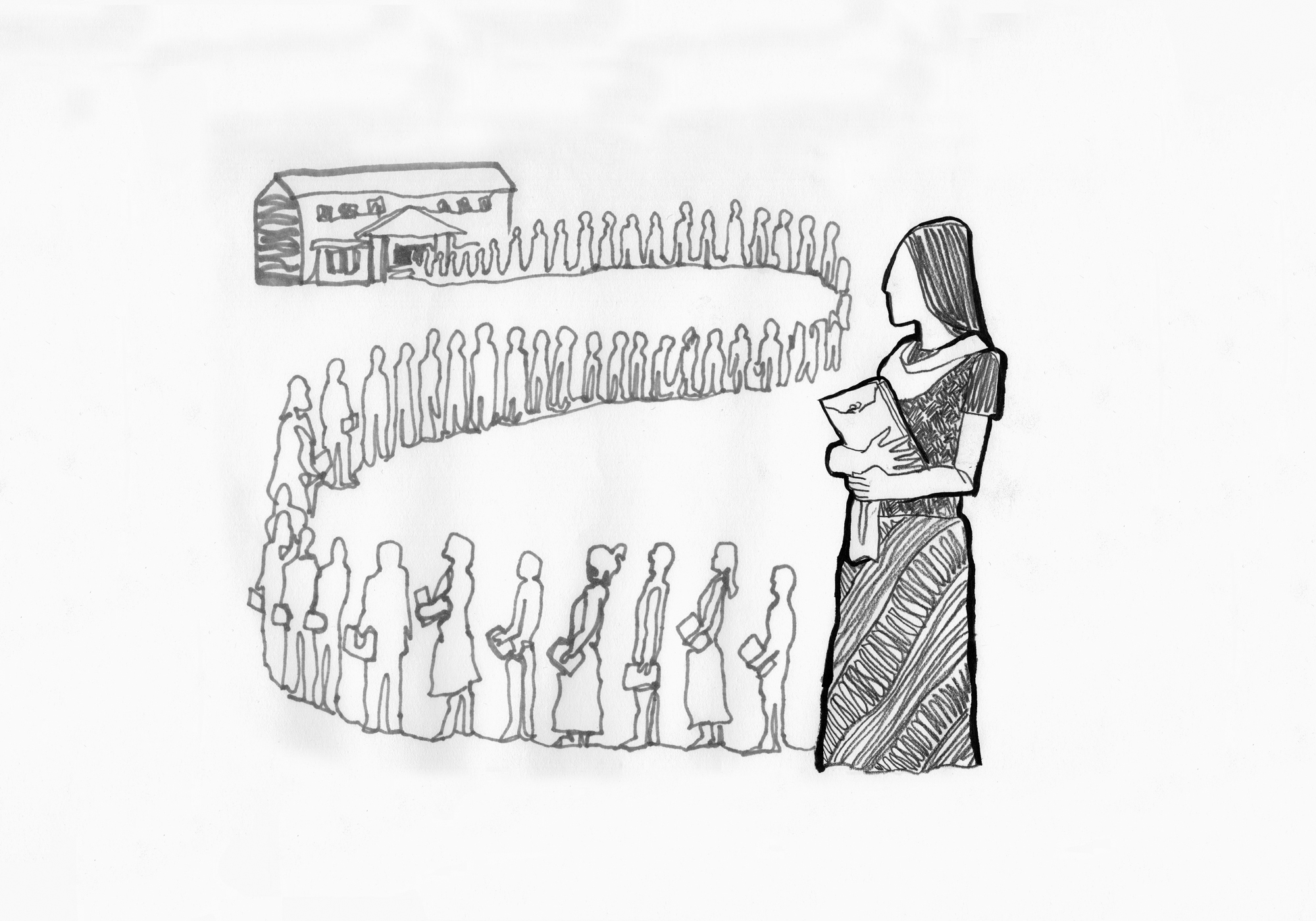 A New Process for People Who Survived Sexual Assault

While families like the Godiyas were able to apply for relief soon after the conflict, people who experienced sexual assault had to wait much longer.

The government passed a law in 2014, eight years after the war ended, that sought to better address wartime atrocities through groups such as the Truth and Reconciliation Commission. This provided an outlet for people to file their complaints. But few have found the process any easier.

“I was scared,” she says, because she knows families who kicked women out of their homes when they found out about the assault. “Societies don’t treat us well.”

That may explain why there have been so few complaints related to sexual violence filed with the commission – just 322 out of a total of 62,950 cases overall.

“How can they fight with society when they cannot even tell their husbands?” says Bhagiram Chaudhary, chair of two organizations that represent the interests of people who suffered during the war.

Chaudhary, who lost his brother and sister-in-law during the conflict, says people who have been raped are at a significant disadvantage when applying for relief. The courts have waived the statute of limitations for those abused during conflict, but the length of time since the conflict makes it challenging to prove rape accusations, he says. “It is difficult to find the perpetrators.”

TROUBLE AT THE TRUTH AND RECONCILIATION COMMISSION

Sima’s case hasn’t been heard yet because the commission has not taken up a single one of its more than 60,000 complaints.

The Truth and Reconciliation Commission, or TRC, has been plagued by delays since it started. It had no sitting members from April 2019 until January, when the government announced four new members and a chair. Each will serve a one-year contract.

“This took a long time because the committee wanted to make sure that the appointed members are not controversial and acceptable by all,” says Rishi Rajbhandari, the secretary of the commission.

But previous commission members say they faced consistent obstacles too, making it difficult for them to make any headway on the vast caseload.

Shree Krishna Subedi, a former member of the commission, served from 2015 until his contract ended in April last year. He says he and his colleagues faced constant challenges in carrying out their work.

He says they weren’t given an office to work from until eight months into their term. Once they were set up, testimony began to pour in, but they had to wait another six months before the government created a way to process the claims. Subedi and his colleagues were unable to examine complaints during that time and could only visit districts to talk to claimants off the record. Subedi says he took all of that as a sign that the government didn’t support the commission’s work.

Even now, commission members say they can’t do their work properly.

Ganesh Datta Bhatta, the new chair of the commission, says they are still waiting for the government to update the Enforced Disappearances Enquiry, Truth and Reconciliation Commission Act, which the Supreme Court ordered to be amended in 2015 because it did not adhere to principles of transitional justice.

The court ordered that provisions should be removed from the act and that the government should ensure that no amnesty be granted to people who committed human rights violations during the conflict. But those changes haven’t been made yet.

“We don’t have the full legal framework to do our work. We can do certain preliminary work. We can work actively after the act is amended according to the decision of the Supreme Court,” Bhatta says.

Since taking office earlier this year, new members of the TRC have visited six of the seven provinces where it has offices and held preliminary discussions with people affected by the conflict and organizations that campaign for their rights, Bhatta says. He says it has been challenging to restart a process that has been dormant for a year.

“We have requested manpower and logistics support. We are lobbying with the government for budget and manpower,” he says.

Of all the post-conflict societies that have investigated human rights violations, only Rwanda had to deal with more complaints, Subedi says. “The challenge is to collect evidence and complete the work on time,” he says. Rwanda set up a similar process after more than 800,000 people were murdered during the Rwandan genocide in 1994. 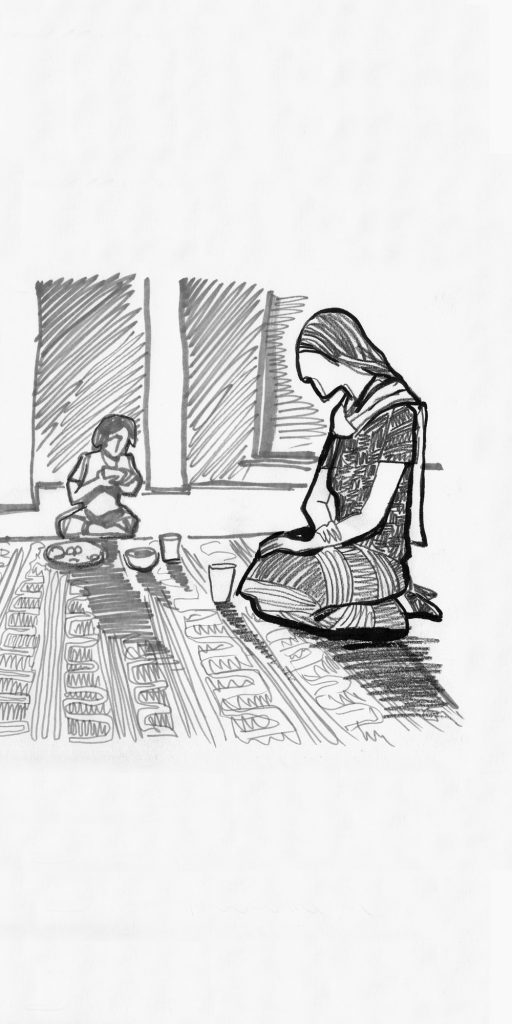 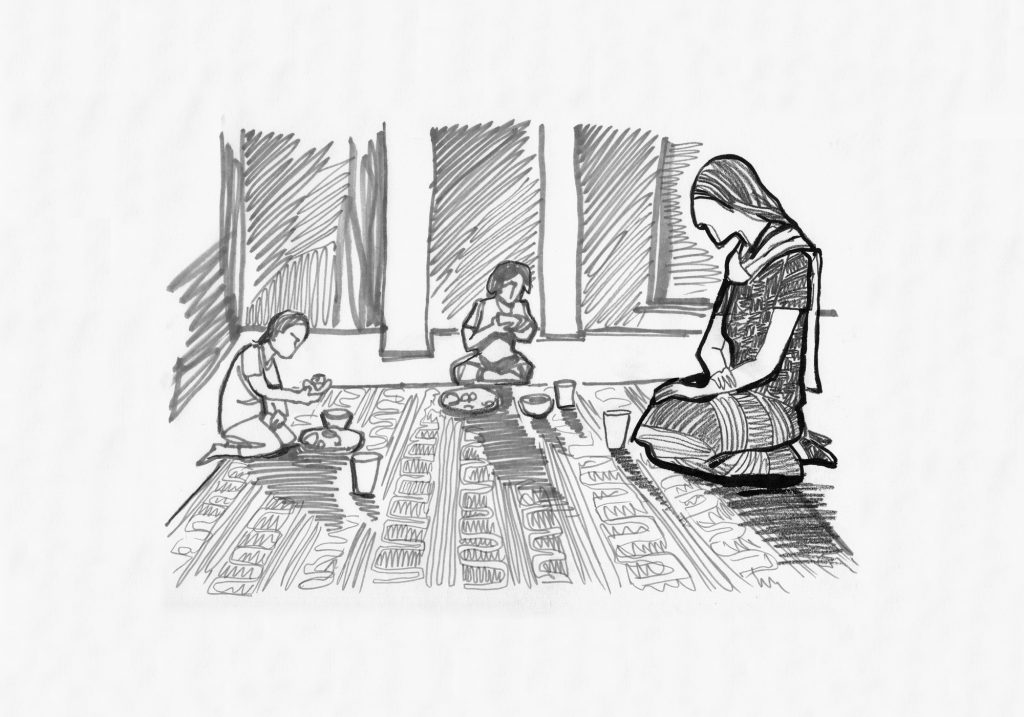 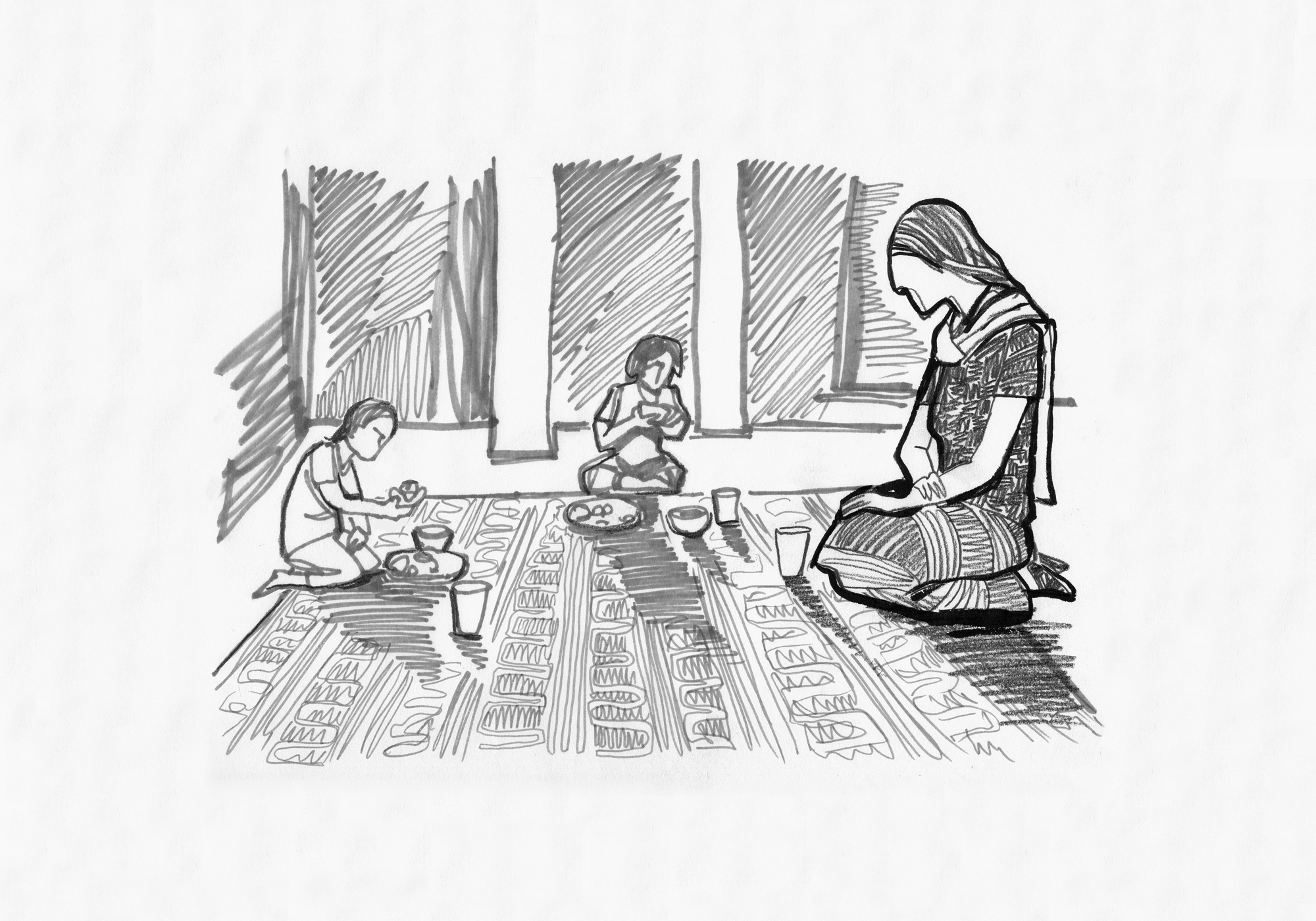 While the TRC is yet to recommend the awarding of any financial relief, it is unclear how many Nepalese people have received any kind of relief from government efforts that preceded the TRC for the losses they suffered during the civil war.

Those who have say the occasional payments are not sufficient.

Kali Damai’s husband was abducted by the Nepalese military in the spring of 2004. He was declared dead in October that year, when she was still pregnant with her second child.

“I was beaten and tortured by the army and police because my husband was a Maoist,” she says. Damai was left permanently disabled and unable to walk.

She filed a complaint with the Ministry of Peace and Reconstruction, which has since been dissolved, for her husband’s disappearance and was recommended for relief payments. She received 1 million rupees ($8,201) from the government over a period of years, in small disbursements of between 100,000 ($820) and 300,000 rupees ($2,460).

“The money came little by little so I couldn’t put it to good use,” she says. 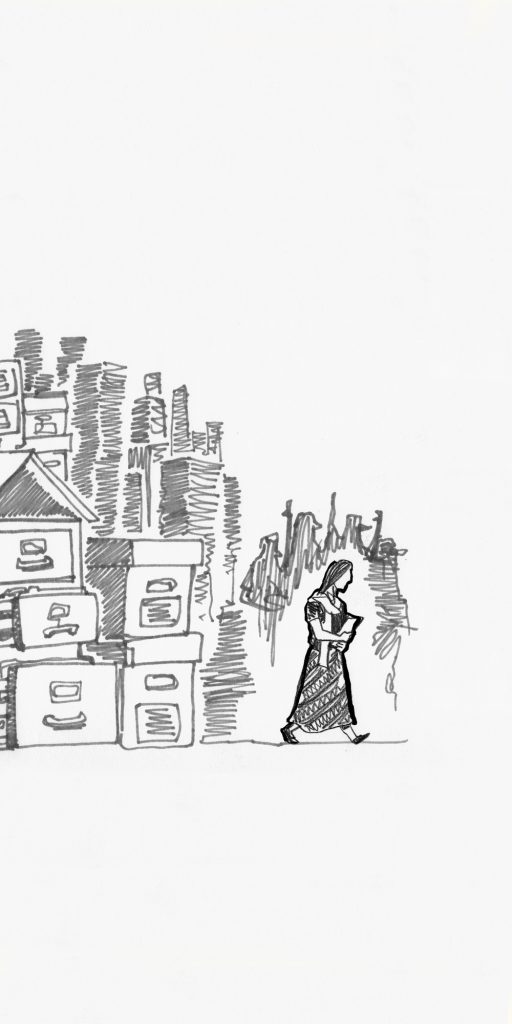 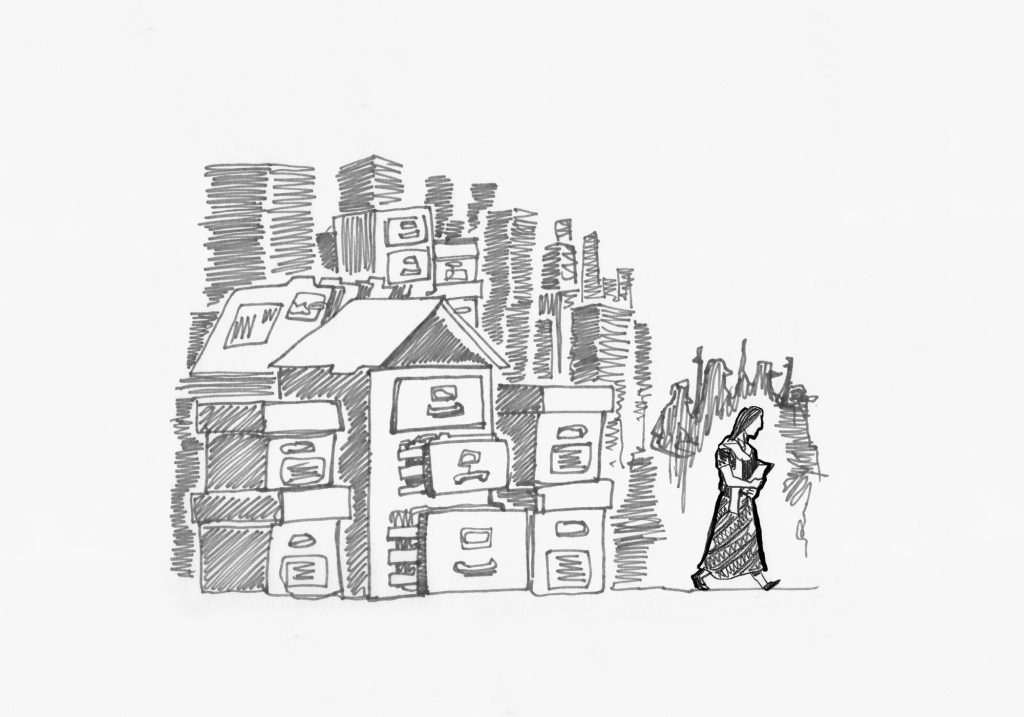 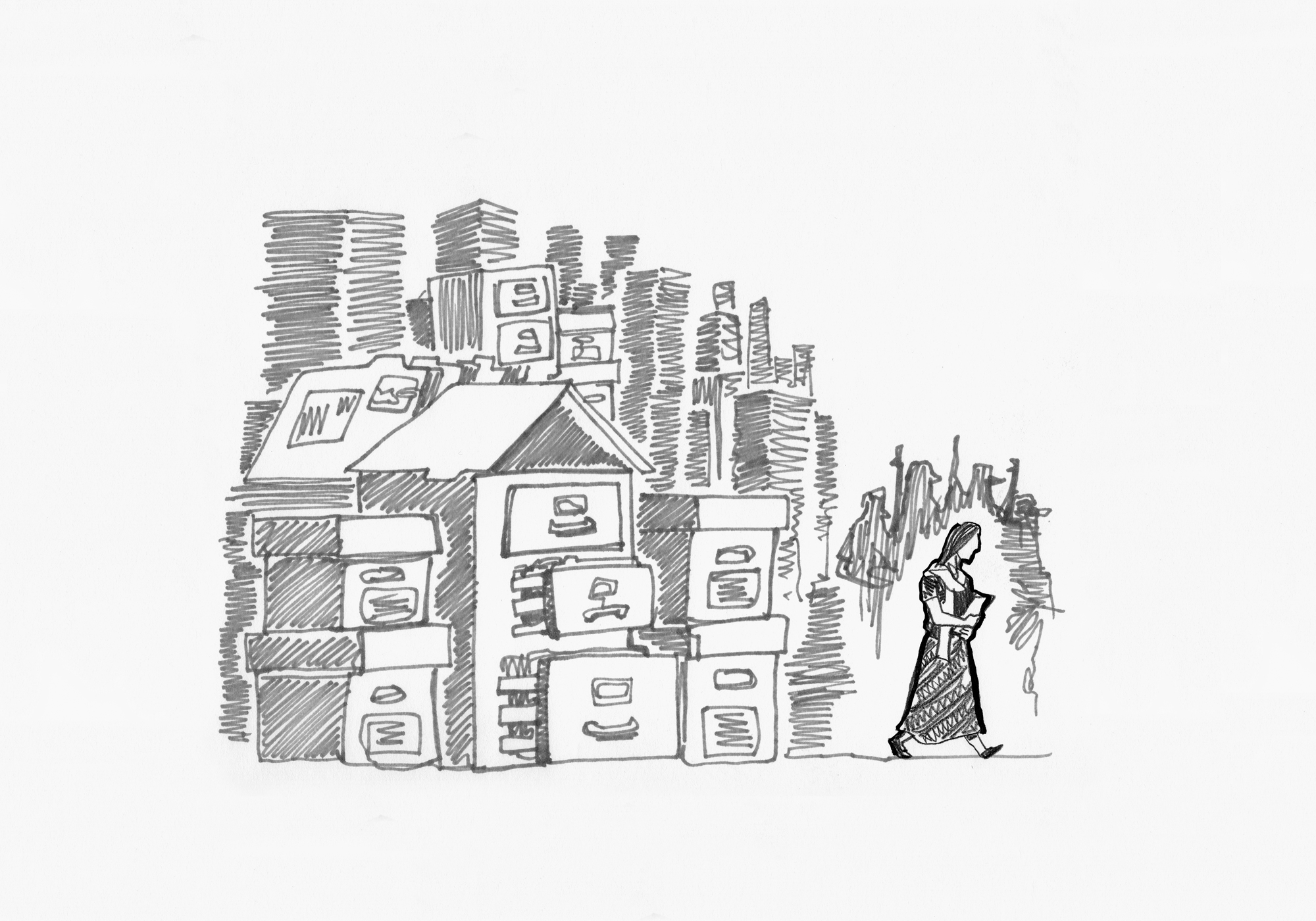 A LOSS OF TRUST

When asked why Nepal’s post-conflict transition has been so difficult, Raju Prasad Chapagai, a constitutional lawyer, said it’s simply not convenient for the current government to intervene on behalf of people who were abused.

“There is no genuine political will to settle this,” he says. “There is no interest from the ruling party nor the opposition party, because they were all part of the conflict.”

Chapagai says public confidence in the government’s ability to compensate people for their suffering has been badly eroded. “Their trust has to be restored,” he says.

Bhatta, the new chair of the commission, says people’s expectations of what the Truth and Reconciliation Commission can do for them are too high, emphasizing that it’s only an advisory body. But he agrees that the government has work to do to rebuild trust.

“The president, prime minister, ministers and judiciary have to be sensitized,” he says. “The nation has to come together. We should not delay.”

Sima doesn’t think she will ever be properly compensated for the trauma she experienced during the war. But she still wants official recognition and support for her family in the form of education and employment.

“I know my perpetrators won’t get punishment,” she says. “I have no hope from the government.”