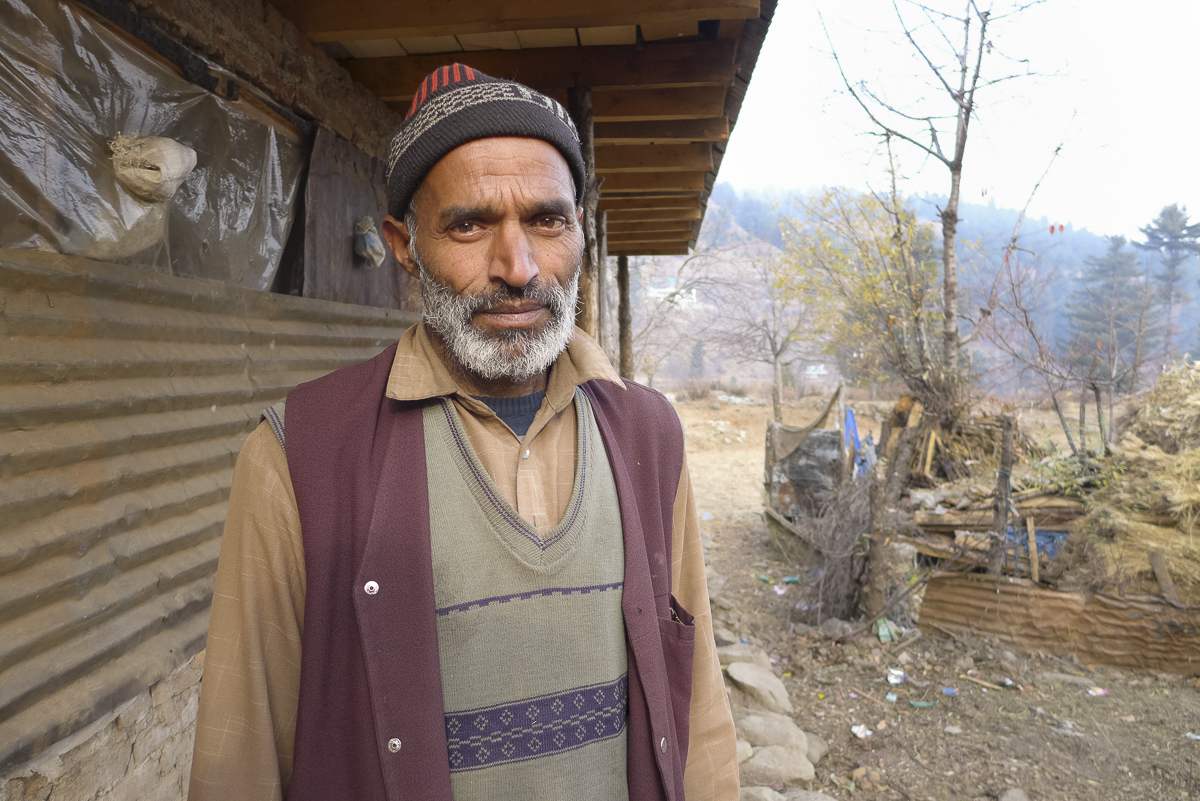 DRUNG, INDIAN-ADMINISTERED KASHMIR — Mohammad Sultan watches his wife cook the family’s midday meal in an open hearth. It’s another day without work for Sultan, 48, a day laborer. Some weeks, he works just one day. Others, it’s two.

Sultan lives in Drung, a village in the Kashmir Valley, about 42 kilometers (26 miles) from Srinagar, the summer capital of Jammu and Kashmir state. Everything changed here in July, when protests erupted across the valley after the killing of Burhan Wani, a commander of Hizb-ul-Mujahideen, an armed group in Kashmir.

A military-enforced curfew was imposed for several weeks, and armed groups called for a strike and closures of businesses and schools. The demonstrations against Indian security forces in Kashmir continue.

There are no official figures on the number of people killed or wounded in the unrest, and the task of tracking the casualties has been left to local media. Nearly 100 people had been killed as of mid-November, according to IANS, a private news service in India. Thousands more had been injured.

Tourism and agriculture, the two main income earners in the Kashmir Valley, were badly hit by the unrest, and the Kashmir Traders and Manufacturers Federation estimated in August that the income loss to the Kashmir Valley was 1.35 billion rupees ($20 million) per day since the unrest began.

The unrest has created an economic nightmare for many Kashmiris, but it has been perhaps most difficult for day laborers like Sultan.

Before the unrest began, Sultan says, he found work at construction sites or on farms every day, earning up to 400 rupees (about $6) a day. Now, in a good week, he barely makes 300 rupees ($4.45). He struggles to support his five children, who range in age from 11 to 19. He’s not sure how he’ll continue to feed them.

“The work at the construction sites has stopped,” Sultan says. “It is very difficult to get the day-to-day things like food, vegetables and other daily needs.”

To make matters worse, Sultan’s home was partially destroyed in a fire a few weeks before the unrest began, and he hasn’t been able to earn enough to complete repairs, he says. 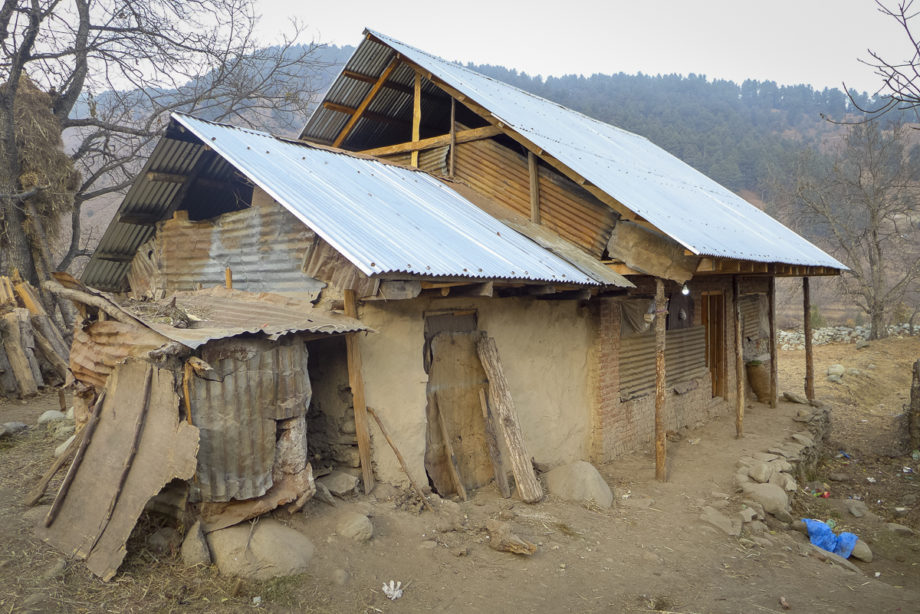 As protests continue in the Kashmir Valley, Mohammed Sultan can’t earn the money he needs to repair his home. It was damaged in a fire a few weeks before the protests began.

He is now heavily in debt to shopkeepers, from whom he buys food on credit, and to neighbors and relatives, Sultan says.

“It has been a very long time of unrest, and I had to face many problems while feeding my family,” he says.

The loss of income forced him to send his 16-year-old son to work for a wealthy family, where he earns around 2,000 rupees (just under $30) a month doing housework. That’s the family’s only regular income since the unrest began.

Shakeel Khatana, the headman of Drung village, says that most of the nearly 161 households in the community rely on the wages of day laborers.

“The unrest in the valley has hit them hard,” he says.

Many of Drung’s villagers are illiterate or have only basic education, Khatana says.

“The people here are poor, and so they study only up to some classes and leave their studies early to support their families,” Khatana says.

The work at the construction sites has stopped. It is very difficult to get the day-to-day things like food, vegetables and other daily needs.Mohammad Sultan, a day laborer who says his income has reduced by 85 percent since protests began in July

Manual labor is often the only work they can find, and they continue to do that for the rest of their lives, he says.

Sultan began work when he was a child and never went to school. None of his children have gone past fifth grade, because he can’t afford ongoing school fees.

Usually during the farming season, Sultan and his older children would find work in rice fields and cornfields, he says.

“But this year, there was less work,” Sultan says. “Many people did not hire laborers to work in the field, and they did all the work with their families’ support.”

The large construction sites where he found regular work had to shut down because the strikes ordered by armed groups prevented delivery of building materials and supplies, he says. House-building sites also stopped work, because people did not want to spend money when they were uncertain of the future.

As the unrest continued, the work opportunities became fewer with each day, Sultan says.

Sultan’s wife, Naseema Bano, says that her husband works hard, but there is never enough money for food.

And their house was partially rebuilt after the fire only with help from other villagers, Bano, 44, says.

“We had no place to live [after the fire] and were clueless about how to find money to rebuild it,” she says. “But the people from the village helped us a lot, and we now have a small house to live.”

Khatana, the headman, says the suffering of Sultan’s family is a shared experience in the village. The unrest and instability must be brought to an end, he says.

“Many people have been killed and thousands injured, and so a solution must be found,” Khatana says. “The solution should be a solution for all.”