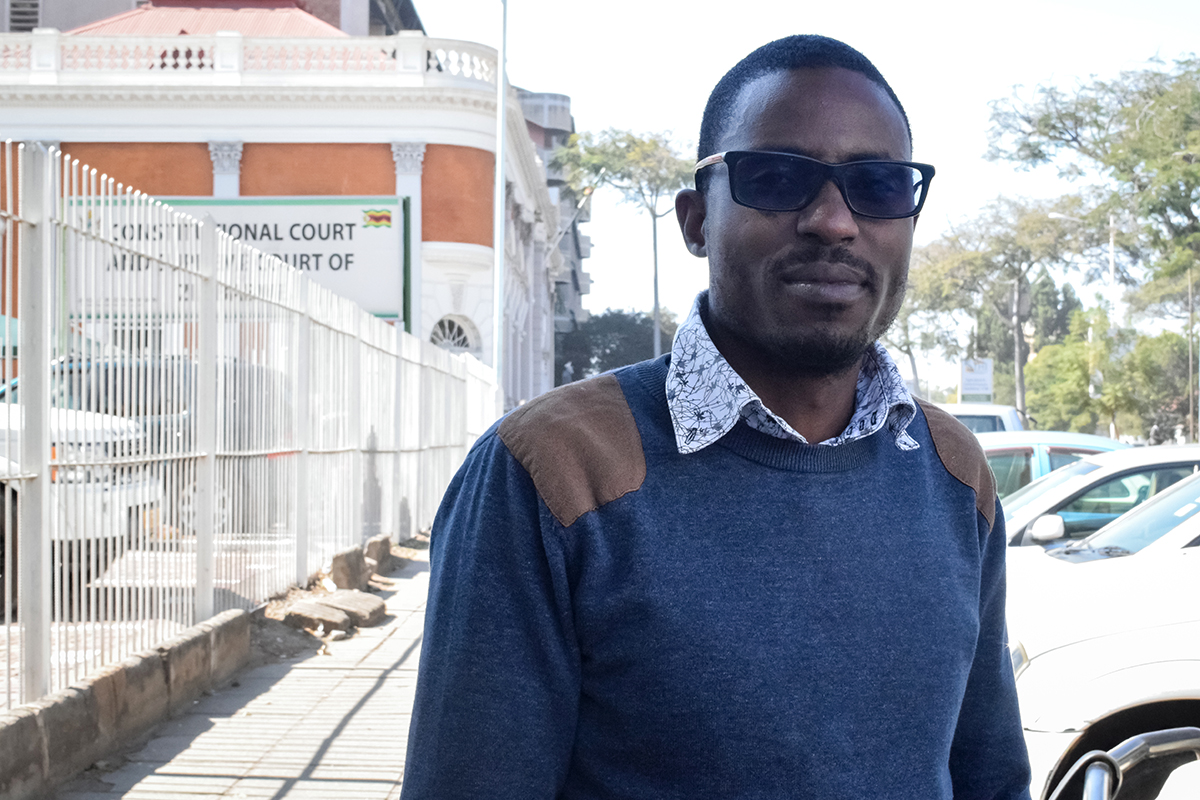 An increasing cacophony of voices questioning the constitutionality of the 2018 election preparations are leading to voter apathy, especially among young people.

Zimbabwe is set to have elections next year, but Justice Alfred Mavedzenge, a constitutional law expert, says elections held under the current legal framework are unconstitutional. In particular, he says the country’s Electoral Act, which went into effect in 2004, is at odds with the country’s constitution. (Mavedzenge is not a judge; his first name is Justice.)

Section 235 of Zimbabwe’s constitution requires the Zimbabwe Electoral Commission, the body responsible for maintaining voter rolls and determining the procedure for the nomination and election of candidates, among other functions, to be independent and to operate without interference from any person or party.

But the electoral commission is currently made up of people all appointed by Robert Mugabe, Zimbabwe’s president, who has been in power since 1980. Members of the commission are also  required to consult with the minister of Justice, Legal and Parliamentary Affairs, who shares the same party affiliation as the president, to set administrative rules about how elections can be conducted.

“The Zimbabwe Electoral Commission appears to be managed by government. They have no clear way of implementing new things,” Mavedzenge says, adding there is already confusion about which kinds of identity cards will be permitted in order to vote and whether biometric voter registration will be recognized in the coming election, as planned.

“The act is giving the minister a power that he is not permitted to exercise in terms of the constitution,” he says. “This is a threat to my right to a free and fair election.”

Throughout the capital city, that feeling is shared among young voters who say they aren’t likely to vote because there is a fear that the elections won’t be free and fair.

Zimbabwe has held two elections since the Electoral Act was adopted in 2004. Both the 2008 and 2013 elections were widely contested with documented human rights abuses and politically motivated violence.

Voter turnout in Zimbabwe has been decreasing since the country gained independence from the United Kingdom in 1980, when Mugabe was first elected to the country’s highest office.

According to the Zimbabwe Election Support Network, 94 percent of eligible voters turned out to vote in 1980. In 1985, 84 percent voted, and by 1990, just 47 percent took part in the country’s election. In 2000, turnout increased slightly to 52 percent.

The International Journal of Political Science Development wrote in 2014 that Zimbabwe’s ruling party, the Zimbabwe African National Union–Patriotic Front (ZANU–PF) led by Mugabe, has a long history of holding unfree and unfair elections. The article cites defective electoral legislation as one primary cause.

This time, the Electoral Act should be respected and align with the constitution, Mavedzenge says.

Vince Musewe, secretary for economics for the People’s Democratic Party, a political party that opposes ZANU-PF, says voter apathy is the result of young people losing trust in institutions responsible for holding elections.

“In 2013, only 5 percent of registered youth voted,” he says. “They don’t believe in the politics that is happening here.”

Tawanda Chimhini, director of the Election Resource Centre, a local organization that administers electoral processes here, says there was an expectation that “the government would align all laws to the constitution, particularly the Electoral Act, before the holding of elections.”

But that hasn’t happened. And without alignment between the act and the constitution, “our future elections are contestable,” he says.

Chimhini says the Zimbabwe Electoral Commission should be independent and the sole decision-maker on how the election is conducted in 2018.

“As long as we still have provisions in the Electoral Act that compromise the independence of the commission, [there will be a] devastating effect on the credibility of the election if the referee of the election is seen to be exposed to influence by a potential player in the game of elections,” he says.

The Election Resource Centre submitted a petition in 2015 to the Parliament of Zimbabwe seeking the alignment of the Electoral Act to the constitution, and it has not received response to date, Chimhini says.

Virginia Mabhiza, permanent secretary in the Ministry of Justice, Legal and Parliamentary Affairs, says the minister’s role with the electoral commission is not a sign of corruption. He just facilitates communication between the commission and the Parliament, she says.

But members of the parties that oppose the ruling ZANU–PF say it’s an unnecessary opportunity for corruption.

According to the Zimbabwe Election Support Network, 94 percent of eligible voters turned out to vote in 1980. In 2000, turnout increased slightly to 52 percent.

Nelson Chamisa, spokesman for the country’s main opposition party, the Movement for Democratic Change–T, led by Morgan Tsvangirai, says that without transparency, young people won’t have the enthusiasm to take part in elections.

“People have no faith in politics and institutions that are supposed to deliver votes. ZEC is one of them. Nobody knows how it is going to work,” Chamisa says.

“The people who are within the Zimbabwe Electoral Commission were handpicked by the current government, and they have shown in the past that they are aligned to the ruling party and they can be used to win elections,” he says.

But not everyone has lost faith.

“If we do not vote as youth, we are leaving our welfare in the hands of people who might not be capable of leading us,” he says. “We should all vote in 2018.”

No sources in the story are related.