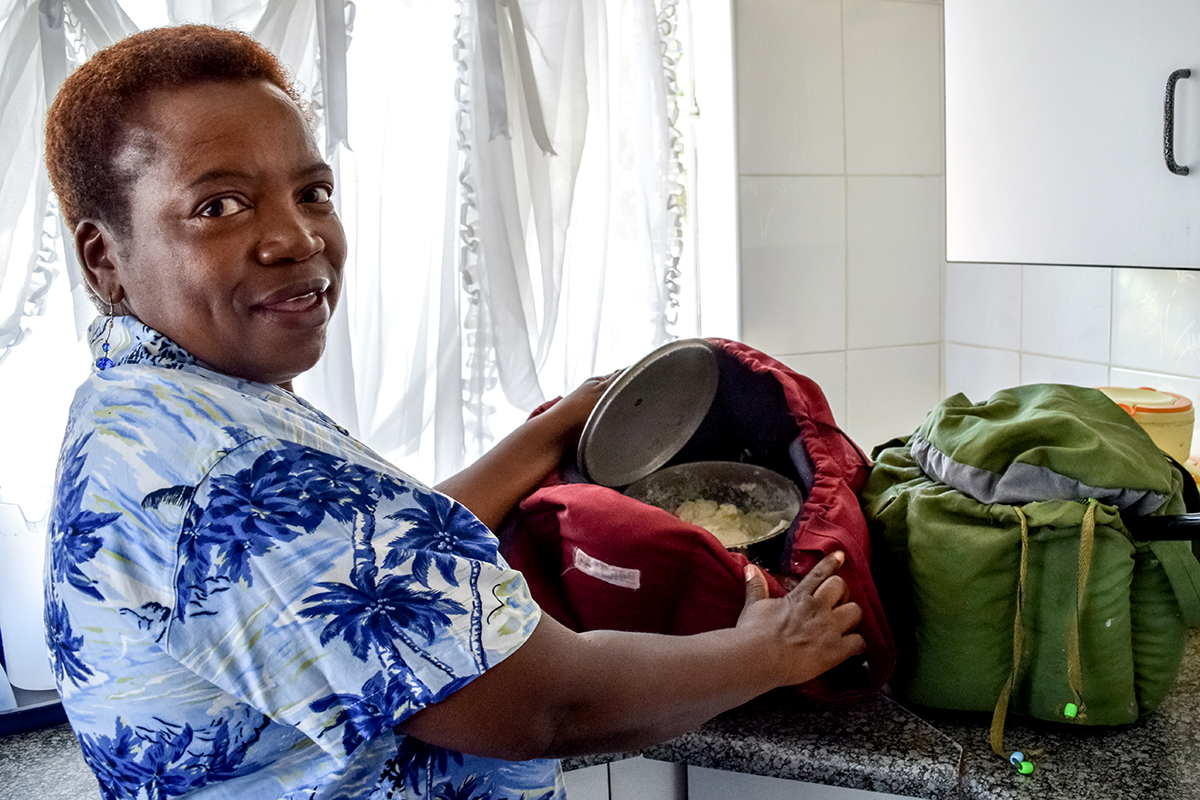 HARARE, ZIMBABWE — Mavis Manyonga stacks cooler bags on a shelf in her storeroom at home. Some are blue, others are red and brown in a bright print fabric. They look like regular bags, but their powers are mighty. They save energy by acting as a cooker, a warmer and a cooler. Plus they recycle one of the most environmentally unfriendly, hard-to-dispose-of substances on earth — polystyrene, locally called kaylite — which otherwise ends up as trash, often littering Harare’s streets.

Manyonga, a former primary school teacher, says an environmental course she attended in 2011 at Rhodes University in South Africa enabled her to become an innovator.

“Out of all the environmental aspects we learned, I was interested in how to make a hot box using recycled kaylite,” she says.

It’s kaylite that gives her bags the power to maintain temperature. Manyonga and her staff stuff it into the bags’ lining. Thus fortified, the bag then can cook foods prepared through boiling, or, at the other end of the spectrum, keep foods frozen.

“One has to boil whatever they want to cook for a few minutes on the stove and after a few minutes of boiling then transfer the pot to the temp-bag and leave it for the recommended time until it’s cooked,” says Manyonga.

Liberty Mugadza, environmental education and publicity officer at Zimbabwe’s Environmental Management Agency, EMA, says the work being done by Manyonga and others who are reusing plastics play an important role in reducing waste in the environment.

Mugadza says because more people in the residential areas are demanding processed and packaged foods, “local authorities are struggling in coping up with waste that is being generated by its citizens.” 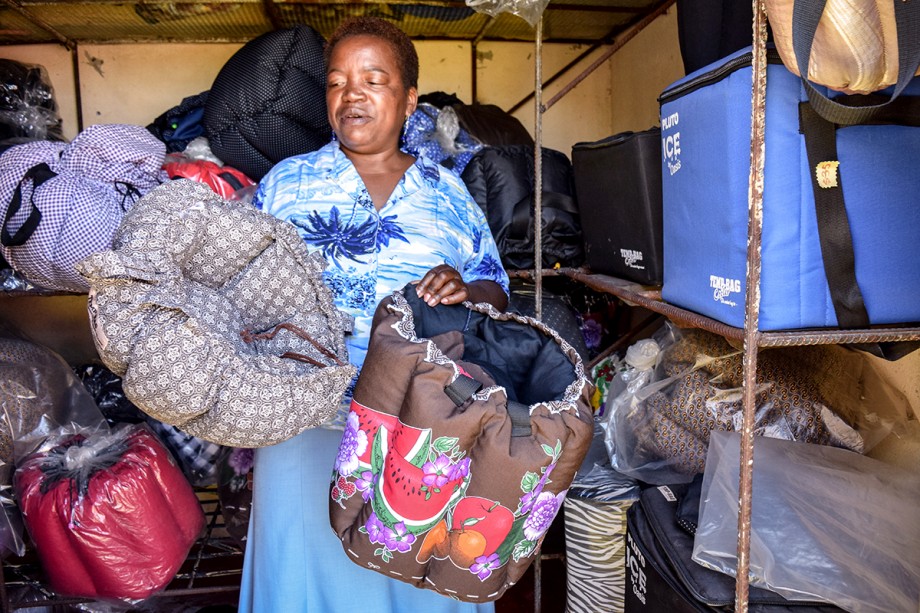 Mavis Manyonga at her home in Harare, Zimbabwe, shows where she stores temp-bags that are ready for delivery.

Only 10 percent of Zimbabwe’s trash currently is recycled, composted or re-used, according to the EMA, which warns against burning foam cups and containers such as meat trays made of kaylite, as it “releases styrene, a dangerous gas that can be absorbed through the skin and lungs.”

Instead it advocates community recycling and re-use projects, like Manyonga’s. “Though there may be few recycling companies in the country, there is vast opportunity for the flourishing of such ‘green’ projects,” the EMA says of entrepreneurial recycling projects.

Precious Zoto, who lives in East View, a suburb of Harare, has had the bag for one year and says it helps her save gas.

“We do not have electricity yet in this suburb. I can now spend the whole month with 4 kilograms of gas which used to only last for three weeks before I had the temp-bag,” she says.

Zoto says she boils whatever she will be cooking for five to eight minutes on the gas burner, then transfers it to the bag, where it finishes cooking.

Jellyness Muzuva, who stays in Westlea, another Harare suburb, says she saves about 40 percent of her electricity each month by using a temp-bag.

“I use the temp-bag to cook food, which consumes more electricity through boiling like meat and beans,” she says.

Manyonga has created employment for people in her community. “I have eight employees and some people in the community sell to me the kaylite they pick from trash,” she says.

Manyonga says she makes about 500 bags a month and brings in an average of $2,000 per month.

She’s pleased that the temp-bag addresses problems affecting her community including pollution and electricity consumption. “The bag is a solution to a bag of problems,” Manyonga says.