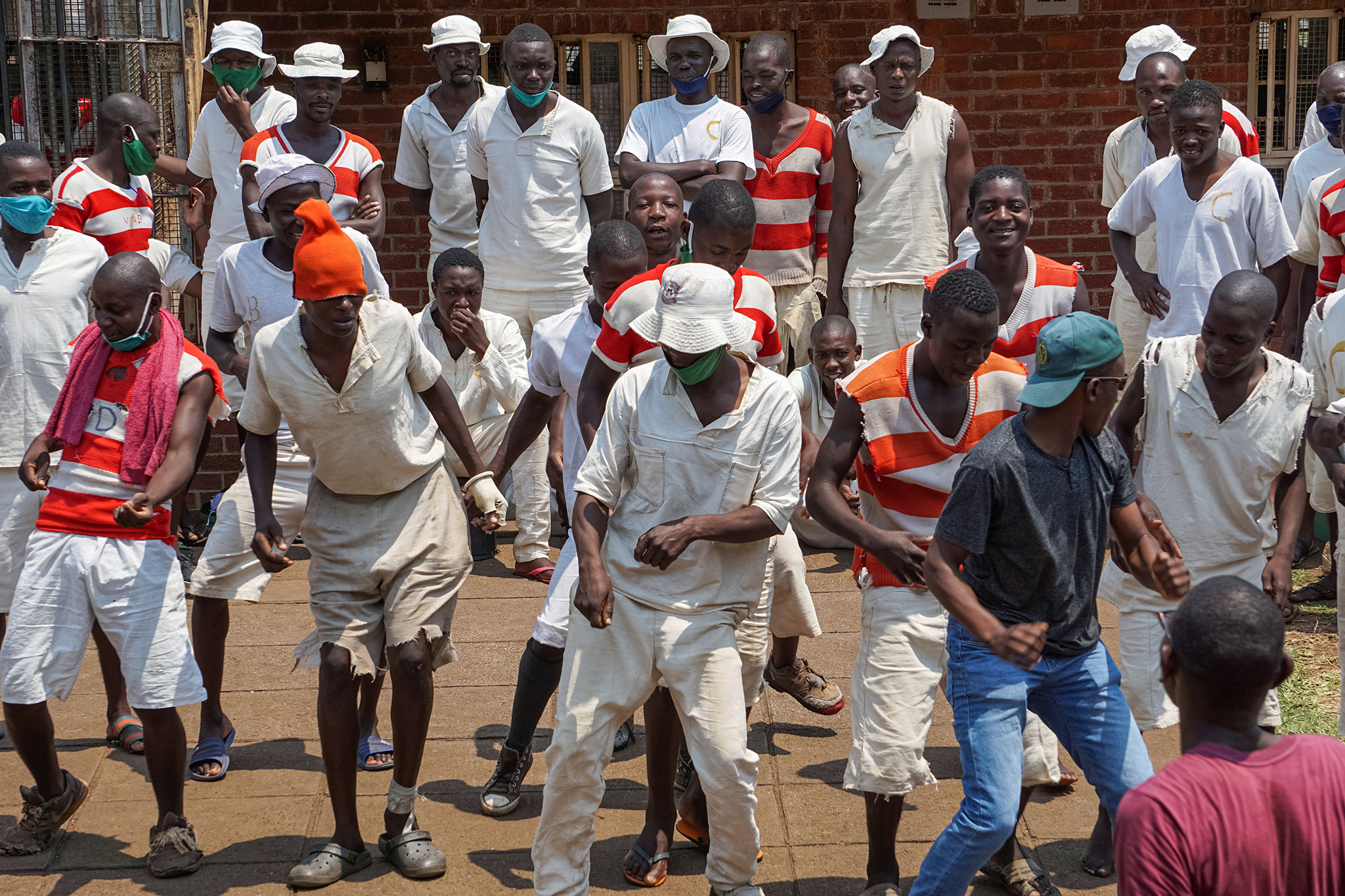 MUTARE, ZIMBABWE — It is 11 a.m., and on this sunny morning, amid hundreds of inmates in the Mutare Remand Prison yard, Douglas Kutsirai moves to the disco rhythm of his favorite song. Others sing and dance with him on what the prison has set aside as a day of fun.

The day is part of an annual Family Week, when relatives usually bring food and toiletries to prisoners. But in 2020, the coronavirus pandemic made that impossible.

Instead, the 29-year-old and others in the prison got their supplies through mobile money, in which users buy and sell goods and services via their cellphones. The move, designed mainly to ensure that prisoners eat well, is the latest step in a years-long campaign by the Zimbabwe Prisons and Correctional Service to focus less on punishing inmates and more on their well-being.

Activists say the system now addresses issues of poor diet and nutrition with openness and resolve. Prisoners benefit from vocational training and apprenticeship programs. Psychosocial therapy has replaced the whipping of inmates.

“We talk to inmates like brothers, and that somehow works as they feel comfortable enough to come even to report cases of abuse or complaints they have,” says Superintendent Tonderayi Ukama, the officer in charge of Mutare Remand Prison, on the country’s eastern edge. 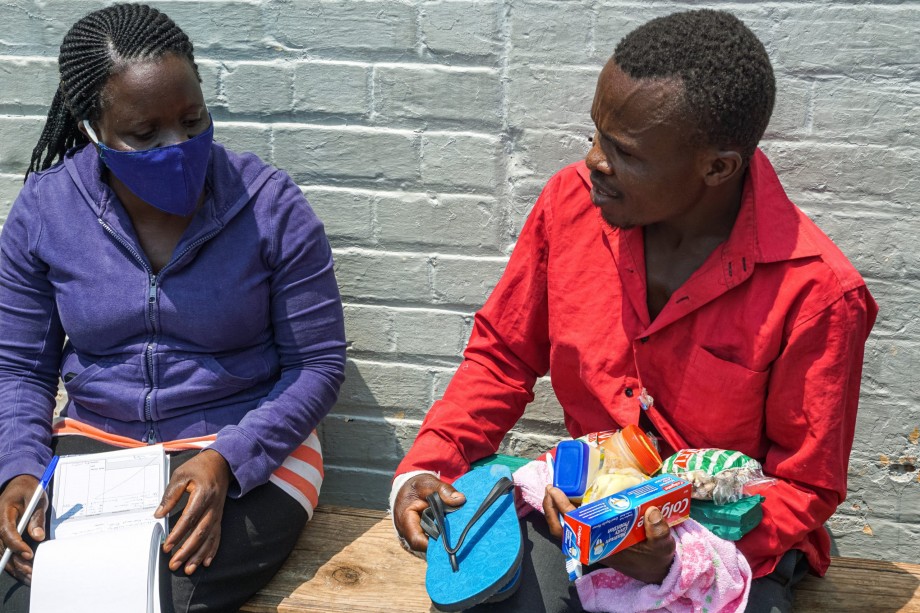 Trymore Chiwawa receives supplies including bathroom slippers, soap, toothpaste and food. A relative purchased the items for him using mobile money, which prison system officials permitted after the government banned family visits because of the pandemic.

The gradual, if uneven, makeover of Zimbabwe’s prisons officially began with the new 2013 constitution, which defined the system’s purpose as rehabilitation and reintegration into society.

Human rights abuses had long plagued the prisons. Researchers, lawmakers and activists reported that inmates lacked basics such as soap and toothpaste in severely overcrowded facilities. Jocelyn Alexander, a University of Oxford researcher, found that in 2004, Zimbabwe prisons saw 15 deaths a week.

In some facilities, she wrote in a report, cells were “makeshift mortuaries,” where maggots fed on the dead. “A bare struggle for survival, with food at its core, has come to define prison life in Zimbabwe.”

Over the years, though, the prison system has slowly tackled a host of issues, including malnutrition. A 2018 United States State Department report said the prison system provides “inmates with opportunities to participate in sewing, mechanics, woodworking and agricultural activities, as well as allows churches and other organizations to teach life skills training.”

It also reported that, according to nongovernmental organizations, “food shortages were widespread in prisons but not life threatening. Prisoners identified as malnourished received additional meals.”

The campaign to remake the prisons has pressed on, with ragged results.

In 2019, the Ministry of Justice, Legal and Parliamentary Affairs sought more 2020 funding for prisons. The correctional service wanted inmates to have at least two sets of uniforms and aimed to give 20,500 prisoners — a total beyond the system’s capacity of 17,000 at the time — most of their daily dietary needs.

The plan collapsed when Parliament gutted the prison system’s budget for 2020, allocating 68% less than the request.

Then in March, the government announced Zimbabwe’s first case of COVID-19, the disease caused by the coronavirus. Between March and May, President Emmerson Mnangagwa pardoned and released 4,208 prisoners, partly to keep the coronavirus at bay.

As part of a national lockdown, the government banned relatives’ visits to prisons. The ban, along with the tight 2020 budget, compelled officials to let family and friends use mobile money to pay for inmates’ toiletries and food.

In the past, relatives brought these items, supplementing the prisons’ supplies and meals. If inmates didn’t have visitors, they were at the mercy of the prison.

Ukama, the superintendent at Mutare Remand Prison, says the facility serves three meals a day of porridge and vegetables, but with beans as the protein substitute. He says because of the coronavirus, some companies no longer donate meat. 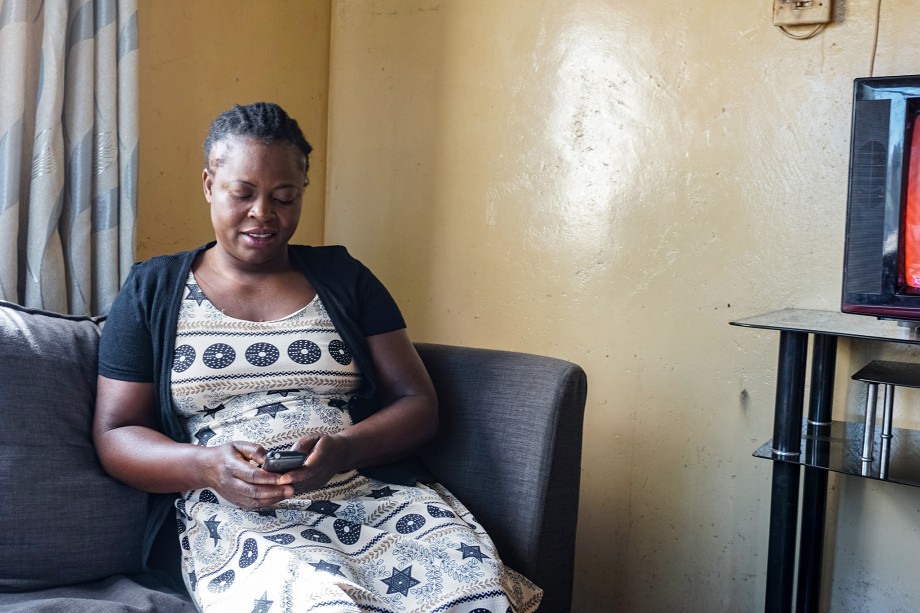 Locadiah Nyangani sends goods via mobile money to her son, Nicolas Chiweshe, in prison. She likes using mobile money to supplement his rations but says that on a couple of occasions, the prison’s tuck shop was out of the supplies she wanted.

“Despite the fact that I miss seeing my brother-in-law, it gives me comfort that I can still provide the supplements he requires,” says Kevin Simomondo, who uses mobile money to send supplies to his brother-in-law in Mutare Farm Prison.

Locadiah Nyangani, whose son is at Mutare Farm Prison, buys foods and other goods for him via mobile money. But on two occasions, she says, the items she wanted were not available.

“For this to be effective, the prison tuck shop needs to be well stocked,” she says. 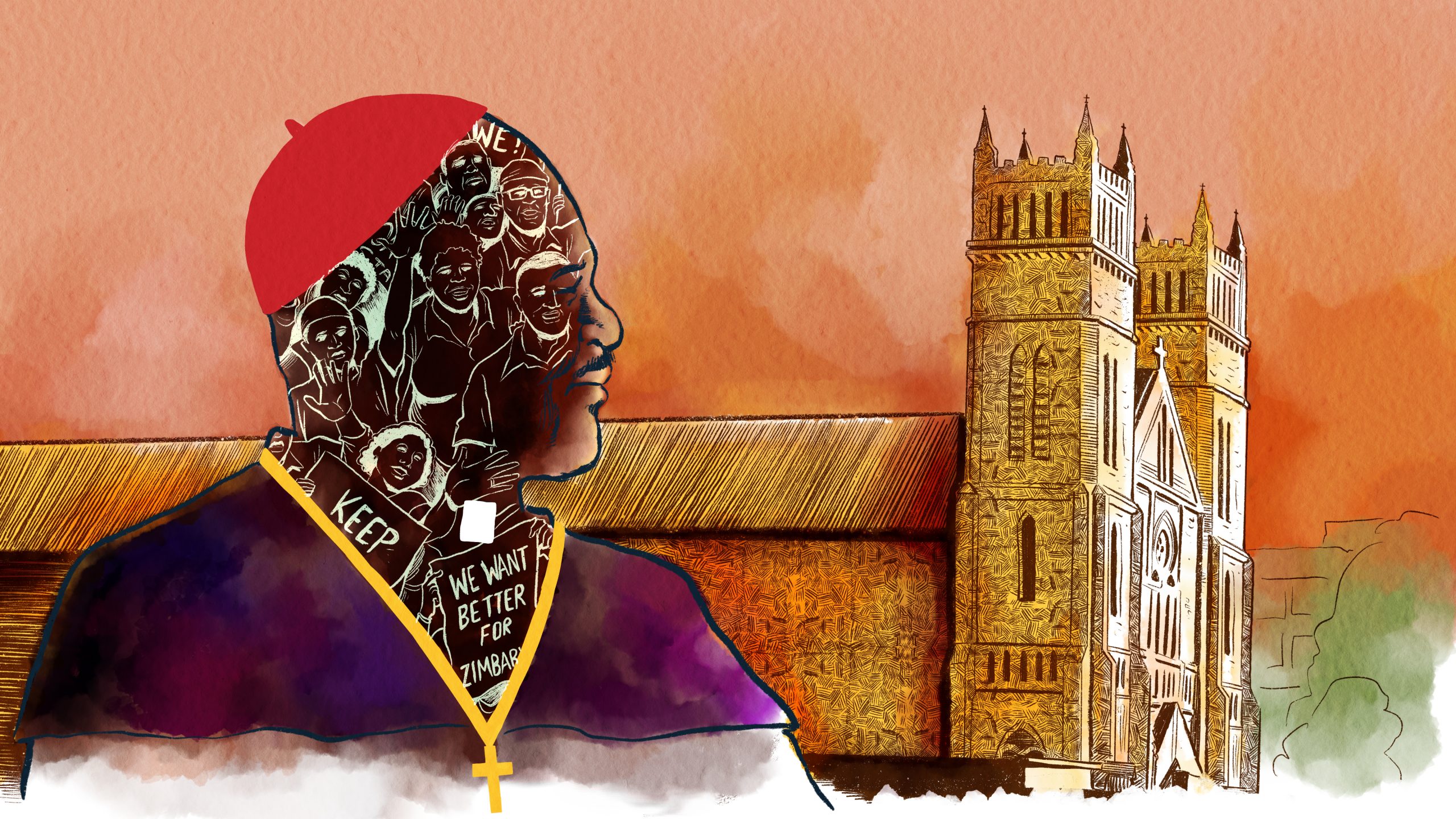 Ukama says the prison will allow mobile money purchases even after the pandemic subsides.

Human rights activists say that for all its progress, the prison system has more work to do.

More money should go into rehabilitation programs, they say. Infrastructure in many prisons is falling apart. Human Rights Watch, a New York-based nongovernmental organization, reports that despite the release of inmates during the pandemic, prisons “are often unsanitary, overcrowded and have no running water in cells for detainees to comply with hygiene practices recommended to stem the spread of the disease.”

Mutare Farm Prison, for example, holds 499 inmates, 177 above its capacity.

Sentenced in 2017 to nine years for theft, Kutsirai belongs to the Mutare Remand Prison arts group, which performs both for inmates and at special events such as charity concerts. On the prison fun day, the chatty, relaxed man appeared healthy and well fed.

Kutsirai says before the pandemic, relatives visited at least once a month. They can’t come now, he says, but he benefits in other ways.

Instead of spending money on transport to see him, he says, “they now send money for my supplementary goods.”