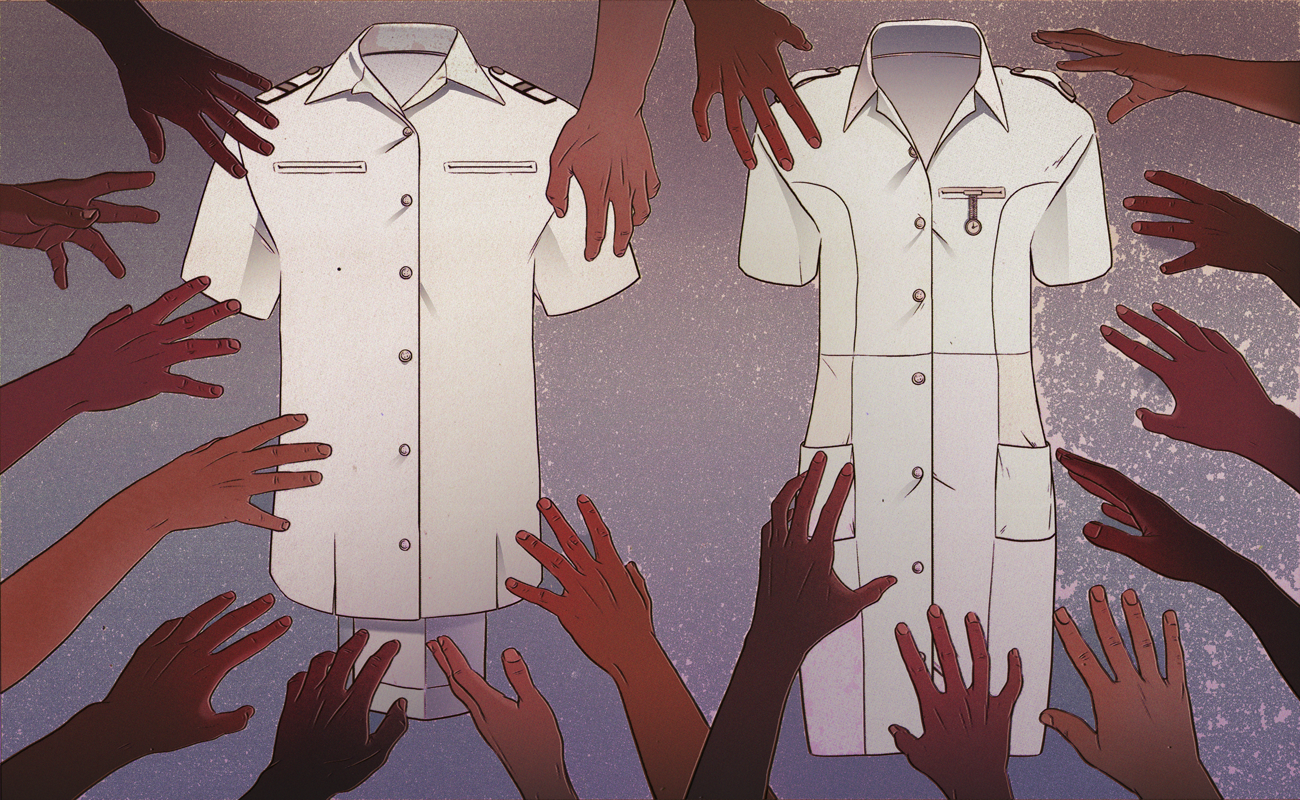 It’s a high-pressure job, but nurse Rumbidzai Simbi is happy to be employed after spending a year and a half without a job. She completed three years of training and graduated in 2016, but she didn’t get a job until April of this year.

“I could not do anything but only wait for that big break to get employed within the government,” she says.

Gerald Gwinji, permanent secretary in the Ministry of Health and Child Care, says that as of February of this year, there were 17,953 nurses working within government institutions.

But for this sector to achieve the best quality of care, Gwinji says, the number of nurses and midwives in those institutions needs to double.

The government, Gwinji explains, only has the funding to train around 900 nurses each year.

According to Zimbabwe’s 2018 National Budget Statement, $297.4 million has been allocated for the salaries and wages of approximately 37,300 public health care personnel – but that includes all health care workers, including those at nonprofit health care facilities and those affiliated with churches.

The budget doesn’t allocate the funds to pay the 35,000 nurses needed in government institutions.

“We strive as much as possible to provide employment [in government hospitals] for all our graduating nurses,” Gwinji says. “Should situations arise where we cannot provide, within three months of qualification, employment for them, due to various factors, we release them to explore other options and [waive] the bonding.”

But some nurses, including Simbi, say they have waited much longer than three months.

During their training, Gwinji says, nurses are provided with books, transportation and food, among other services.

“While the support goes a long way in meeting [resources], it may not cover the full needs of the individuals,” he says.

Simbi says students were not given food, uniforms or books during her training.

I could not do anything but only wait for that big break to get employed within the government.Rumbidzai Simbi, a nurse at Harare Central Hospital

Samson, as he prefers to be called for fear of retribution, is a registered general nurse who graduated in 2010. But like Simbi, he was unemployed after graduation, waiting for a post at a government institution, where he would be required to serve for three years.

“Posts were frozen. We were not given our diploma certificates – I only got my practicing certificate, which is not enough to get a job,” he says.

For the year Samson waited, times were tough.

“I had to work as a farm help, and my wife was a vendor at the time,” he says. “I didn’t even tell my co-workers that l was a nurse.”

Samson only earned $50 a month at the time.

Enock Dongo, the secretary general of the Zimbabwe Nurses Association, agrees that there are too few nurses working in government institutions, and they’re not earning much.

“We wish our nurses were to get something above poverty datum line, across even in the private sector,” he says.

A nurse working in a government hospital in Zimbabwe could make as little as $284 a month, says Dongo.

Dongo says the government should continue training nurses but needs to allocate more funds to training and employing them.

Samson, for his part, has a simple wish: If the government can’t provide jobs for nurses, release their diplomas to them as soon as possible, so they can find work elsewhere.