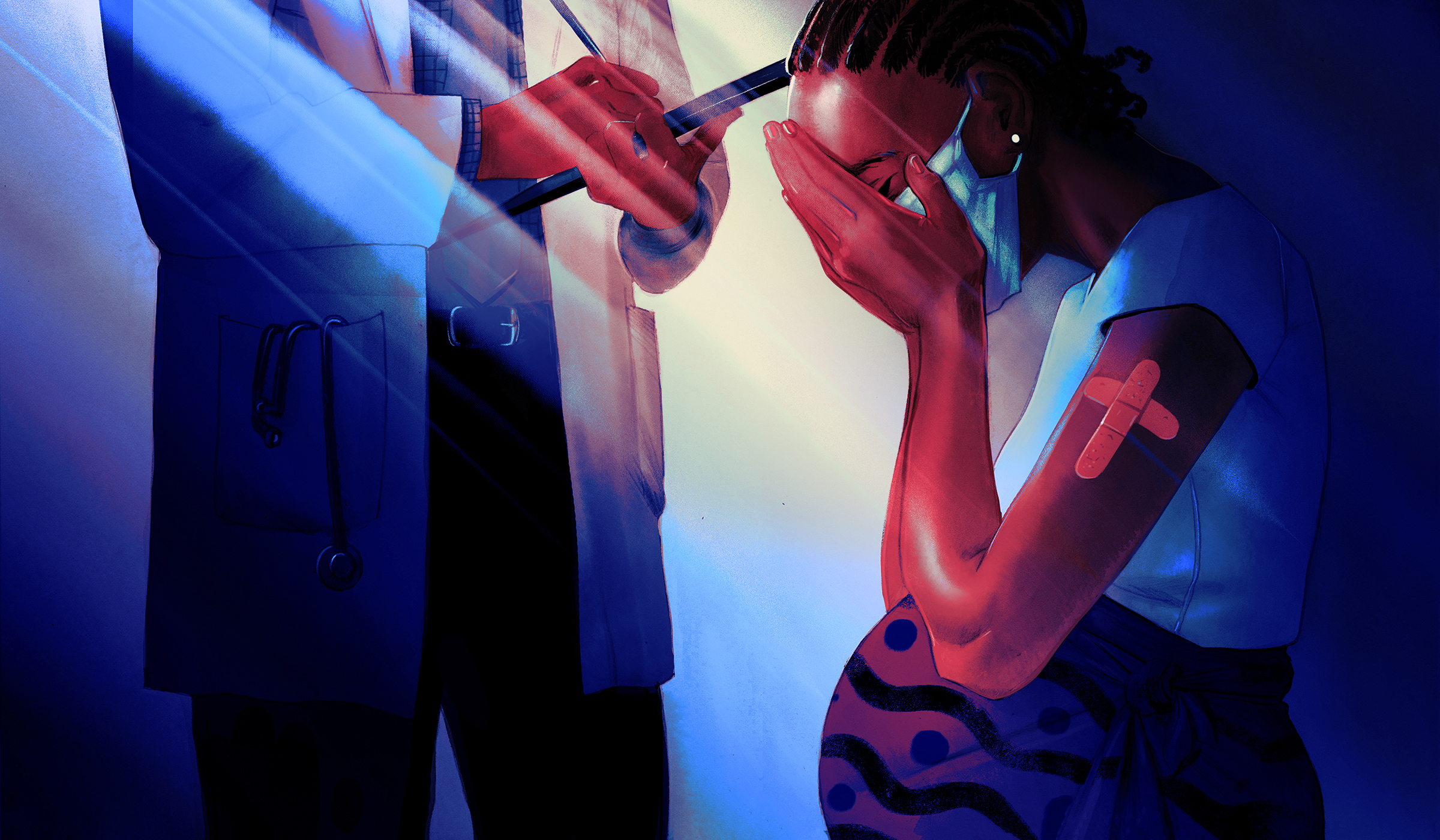 WAKISO, UGANDA — In early 2017, Nayiga Barbra, then 24, tested positive for HIV after reluctantly accompanying a friend to a free mobile testing clinic in Kabulegwa, a village near Uganda’s capital city, Kampala.

The result shocked her, because she says she hadn’t been with anyone since separating from her ex-boyfriend a year earlier. After being prescribed antiretroviral drugs at a nearby government health center, Nayiga, a born-again Christian, revealed her HIV status to her pastor. The pastor advised her to be strong, promising that she would live a long life if she trusted Jesus, she says.

Nayiga says she decided that faith was stronger than science —and the advice of public health officials.

Her story is part of a worrying trend, Ugandan health officials say. In recent years the country’s gains against the HIV virus have begun to slip, thanks in part to advice from local religious leaders.

Back in 2015, Ugandan health officials released the “National HIV and AIDS Strategic Plan” which set goals for zero new infections, zero HIV- and AIDS-related deaths and preventing the transmission of HIV from mother to child by 95%, all by this year, 2020.

The country has been successful in getting more than 97% of HIV-positive pregnant women on antiretroviral treatment (ART). And the number of new infections among children dropped by 65% between 2013 and 2014, says Nelson Musoba, director general of the Uganda AIDS Commission.

“We carried out massive public campaigns to pass on the correct information to the people, encouraging all HIV-positive mothers to enroll on ART treatment,” Musoba says.

But now, the trend is going in the other direction. New cases of infection in children more than doubled between 2016 and 2017.

Experts say there’s a direct link between the increase and the influence of traditional healers and religious leaders.

A year after finding out she was HIV positive, Nayiga got pregnant by a man she met at the health center, who she says was also HIV-positive. When she was six months along, a health center nurse praised her for sticking to her antiretroviral regimen. The virus was now undetectable in her system, but she should continue taking the medication, she says she was told.

“I was so excited. I thought I was healed,” Nayiga says. “I had faith that Jesus would heal me from HIV, as I had heard from other people.”

I was so excited. I thought I was healed. I had faith that Jesus would heal me from HIV as I had heard from other people.Nayiga Barbra

When she shared the news with her pastor, he told her she could stop taking her HIV drugs.

“I believed him when he told me a miracle had happened,” Nayiga says, shaking her head.

She stopped taking her medicine, and only returned to the health center to give birth to her son a few months later.

Two weeks after he was born, Nayiga was back at the center, this time with malaria, a terrible cough and a high fever. She was later rushed to a hospital where a counselor confirmed she was still HIV-positive.

“I felt I couldn’t breathe anymore, as if something very heavy had been pressed on my chest. I wanted to scream at the counselor that he was a liar,” Nayiga says. “But part of me believed what he was telling me because my body had never been that weak — the terrible cough, the pain in my chest and suddenly the wounds in my mouth.”

Nayiga says her baby is HIV-positive too.

Musoba, of the Uganda Aids Commission, says that the government has been organizing workshops for religious and cultural leaders to inform them about the dangers of misinformation and to explain the benefits of adhering to prescribed HIV treatment.

“We understand the influence they have on their people,” Musoba says. “This has been effective to some extent and we are continuing with it to involve others.”

But it’s difficult to ignore the words of religious leaders says Akello Suzan, whose daughter, Akumi Rose, was HIV positive and died at the age of 17.

She says her daughter stopped taking her medications in 2015 after her church pastor told her Jesus could heal her.

“I will never forgive that pastor for lying to my daughter,” Akello says.

But many pastors don’t see it that way.

Nansubuga Fiina says she took antiretroviral drugs for six years before switching to traditional herbs to manage her illness.

“I am a staunch believer in herbal medicine because of the lesser side effects,” she says.

Plus, the herbs are easier to come by. She used to travel four miles by foot every month to pick up her antiretroviral medications.

“Yet the herbalist is just a 10-minute walk away from my home,” she says. The herbalist sells kadomola, an herbal concoction that is sold in plastic jerricans or other containers.

Nansubuga says she has been taking kadomola for five years now. And she says she feels fine.