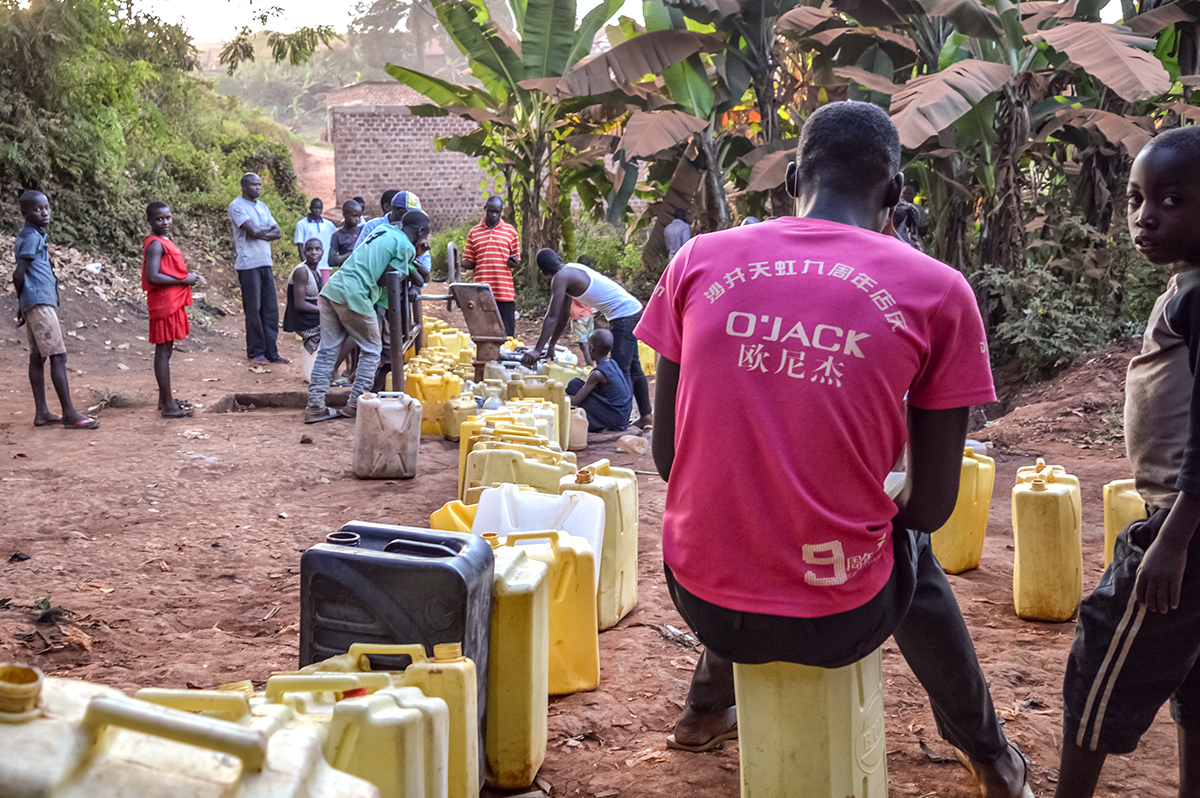 NSUMBI, UGANDA — In November, Esther Nabbanja didn’t pay a cent for water. She just put her cans out and collected rainwater.

But from December to February, temperatures rise every year in central Uganda. And in recent years, rainfall has dwindled to next to nothing.

Today, the price has spiked to 500 shillings (14 cents) per can, the highest she has ever seen.

“For the last seven weeks, I have been spending 1,500 shillings daily (42 cents) buying water from the water vendors,” she says, adding that it’s more than one-quarter of her household budget.

Typically, rainfall decreases to an average of about 40 mm (1.73 inches) per month, according to World Bank data from 2015, the most recent available.

But so far in 2018, it has only sprinkled a few times, Nabbanja says. 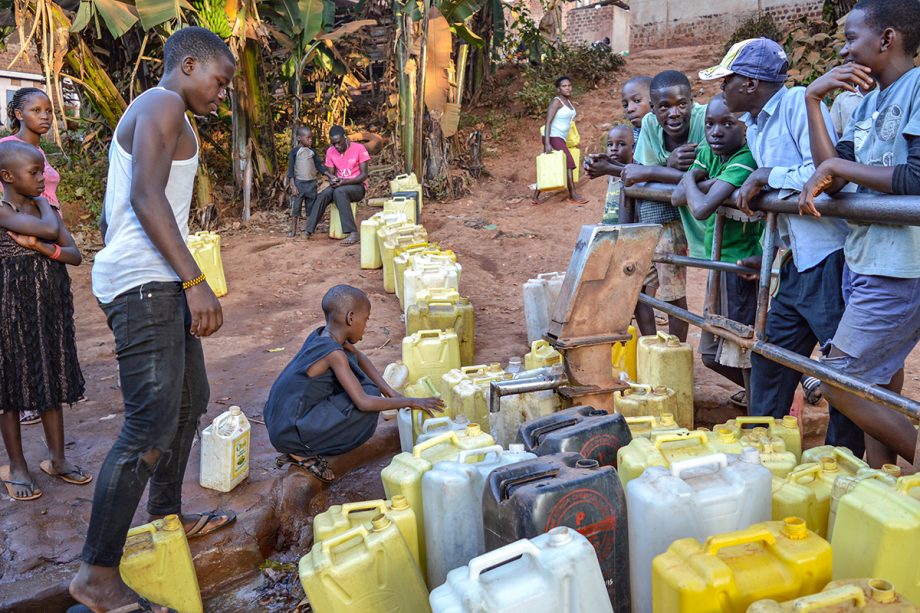 With next to no rainfall in months, residents say water prices are rising everyday.

As the world watches South Africa, a larger and more developed nation, run out of water residents of Kyebando Parish, part of Uganda’s Wakiso District where the Nsumbi village is located, say that annual water shortages are common. Challenges here are compounded by the fact that this rapidly growing suburb is yet to receive adequate water infrastructure from the government.

Nsumbi is experiencing rapid population growth, says Mark Katongole, the general secretary of Local Council 1, the local governing body. The hotter season is expected, but now water has to be shared among many more residents, which is contributing to the vendors’ price hikes, he says.

“During the last and first months of each year, we experience water shortages,” he says. But things are worse now “because so many people bought plots of land and built houses in recent years without proper housing and development planning.” 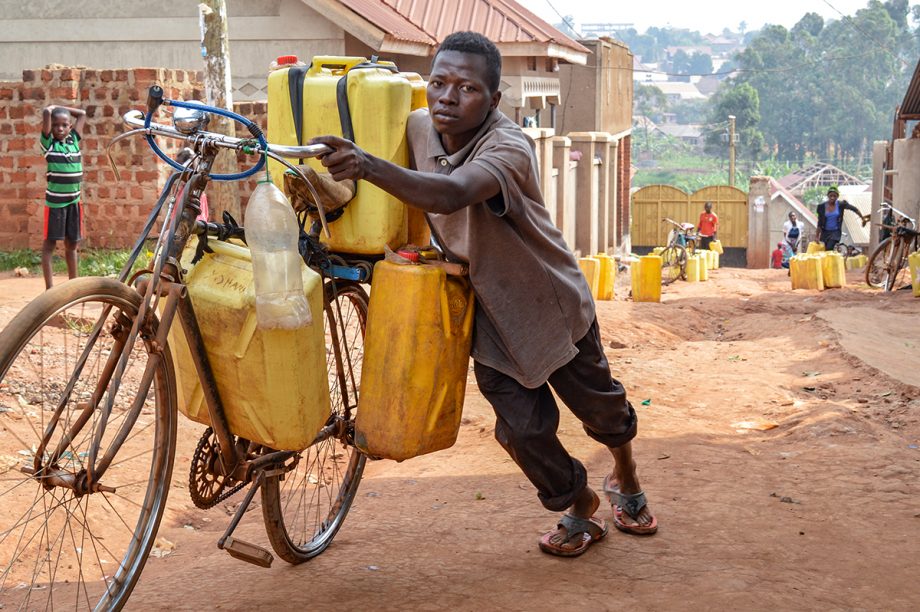 John Ndayambaje, a water vendor, carries water on his bike to sell to his clients after filling up at the local well.

“Provisions for necessities, like water, were never given priority as our village [turned] into a suburb without piped clean water,” he says.

The National Water and Sewerage Corp., a government entity responsible for supplying water in Uganda’s urban centers, hasn’t yet built the infrastructure to supply Nsumbi or the other rapidly growing villages of the Wakiso District, Katongole says.

“Since 2005, we have been asking the national water [agency] to extend clean-water services to Nsumbi,” he says.

The government is aware of the shortages in Nsumbi, says Samuel Apedel, public-relations manager at National Water and Sewerage. He says they are working to extend a clean water supply to the residents but adds that infrastructure developments take a long time to build. 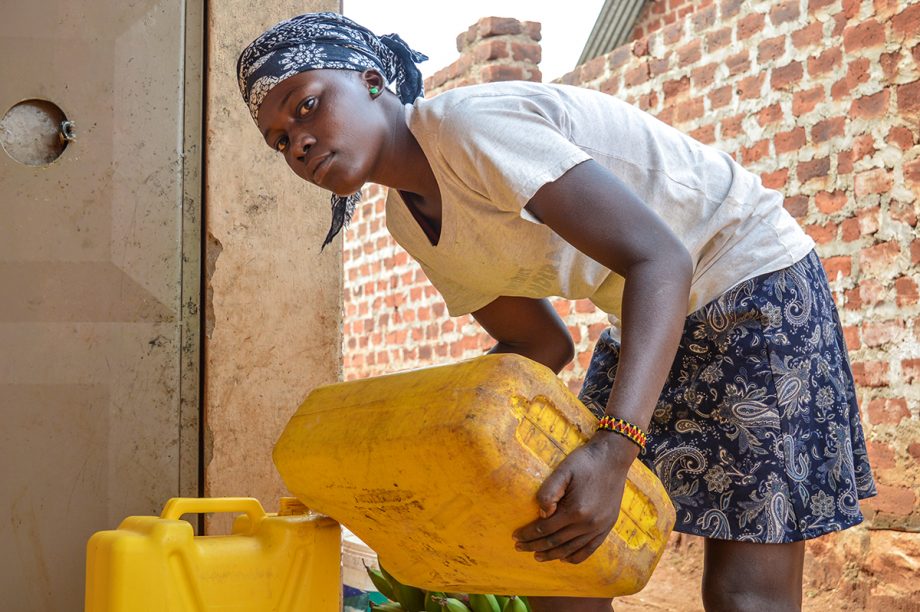 Esther Nabbanja, a resident of Nsumbi village, has been waiting for years for water infrastructure to be built.

“We are building pipelines in Nsumbi,” he says of the 200-kilometer (124-mile) pipeline that would bring plumbing to the area. “But such projects take time.”

He estimates that some residents may start to have access to clean water by the end of 2018.

Until residents have access to piped water, which is regulated for domestic consumption at 78 shillings (two cents) per 20 liters (5.3 gallons), they are forced to rely on mother nature for rain or on vendors who are raising prices in the face of increased demand.

John Ndayambaje, a water vendor, says the price of water should be even higher because of g the effort water vendors go to deliver water to Nsumbi.

And if demand continues to go up, he says the price will, too, especially if the rains don’t come.