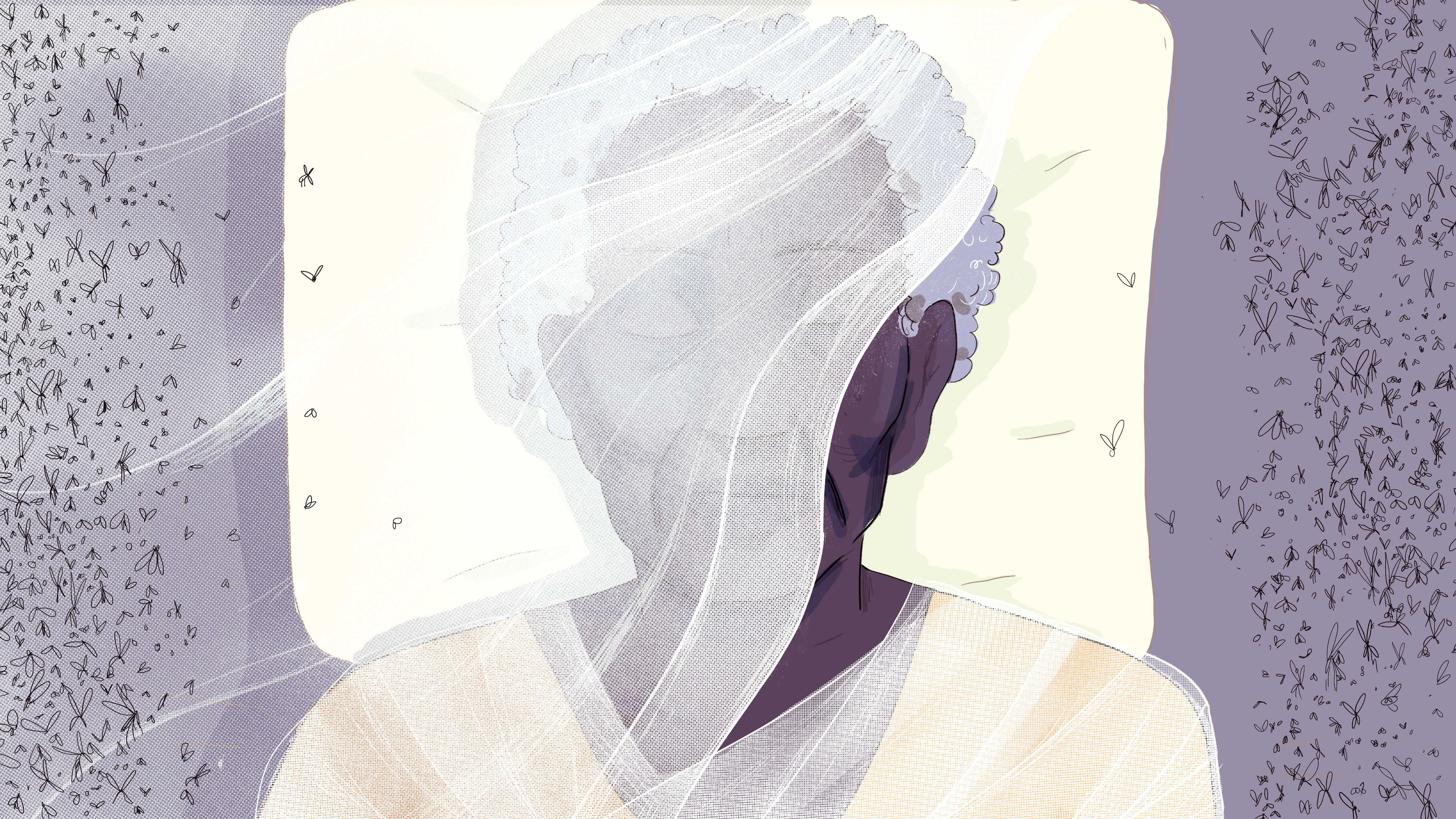 The plan was to transport the body to be buried in Kisangani, a distance of over 200 kilometers (124 miles) from where he died. The body needed to be preserved during the trip.

To do that, Thérèse sent along an insecticide-treated mosquito net. The net, she knew, would keep insects from corroding the body just long enough for it to be delivered to the burial ground intact.

It’s not the first time Thérèse has used a mosquito net to preserve a corpse. More than a year ago, when her son died of typhoid, she wrapped his body in a net too. She says it’s a neat trick.

“Since I learned about this mosquito net-based dead body preservation system, my objective has been that of trying to pass this information on to other people,” says Thérèse. 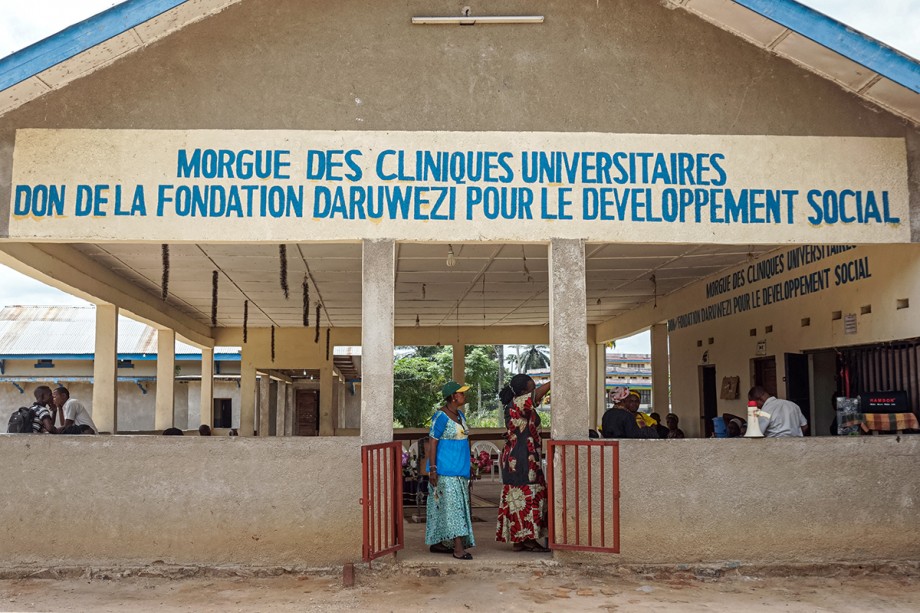 The privately-operated morgue at Cliniques Universitaires de Kisangani receives four to five bodies each day, which are stored for 81,000 francs (about $50) per day until burial. Many Kisangani residents struggle to pay the high fee, forcing them to find alternative methods to preserve bodies.

There are two morgues in Kisangani, but they struggle to accommodate the bodies that need storage.

There are government proposals to build additional morgues in Kisangani, says Bernadette Furaha, public health minister of the outgoing provincial government. But those proposals have been put on hold as the city transitions to a new governor.

Even if there were more morgues, the high cost of storing bodies in them hinders many families from using them. The privately-operated morgue at Cliniques Universitaires de Kisangani receives four to five bodies daily, which are stored for 81,000 Congolese francs (about $50) per day, says Jean Marie Bangala, the morgue’s manager.

The government-funded morgue at l’Hôpital Général de Référence de Makiso-Kisangani, Kisangani’s general hospital, can accommodate up to four bodies at a time, and charges 48,600 francs (about $30) per day. In addition, treatment of the bodies costs 15,000 francs (about $10).

These are enormous sums of money in a city where many live on just a few dollars a day. For many families, insecticide-treated mosquito nets are the only realistic option for preserving a body until it’s time for burial.

Bodies left untreated don’t fare well. Insects are first to arrive – and within hours, flies lay eggs in the body. Maggots that hatch begin to feed on the soft tissue, spurring rapid decomposition. 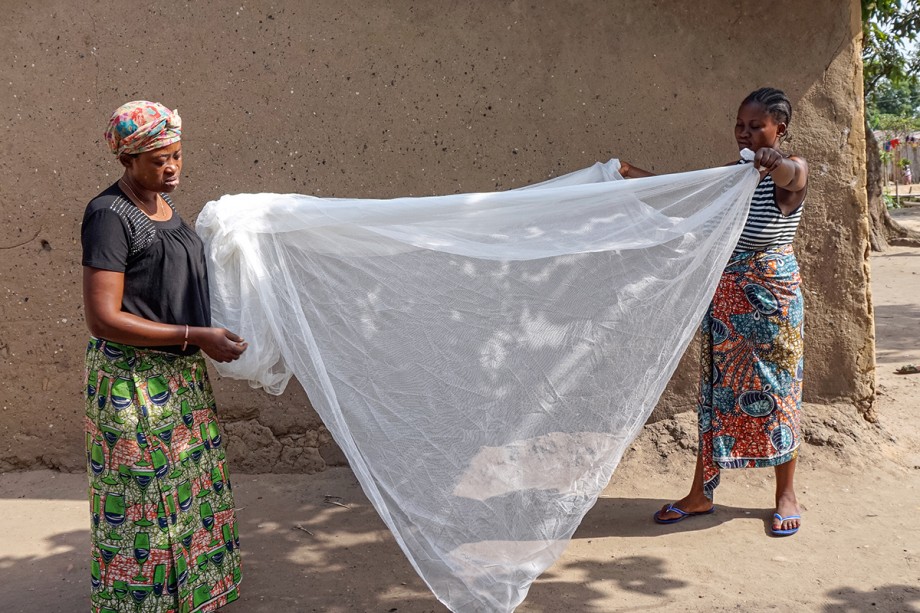 Thérèse Lakisi (left) holds up an insecticide-treated mosquito net with her neighbor, Nathalie Posho. Thérèse chose to use a net to preserve her father’s body. Having used a net before when her son died, she knew it would prevent insects from eroding the body just long enough so it could be buried.

In recent months, there have been plenty of nets. The city of Kisangani received an influx of insecticide-treated nets in 2018 as part of the launch of a campaign to control malaria led by the DRC National Malaria Control Programme, which is supported by a host of international organizations.

Antoine advises people to use the nets for their original purpose – to ward off mosquitoes – and stay away from dead bodies.

“We urge people in the city of Kisangani to ban this practice,” he says, referring to the use of mosquito nets as a means of preservation.

Despite Antoine’s warning, the practice is gaining traction across Kisangani society.

In March 2018, family members of Joël Bafandu, head of the provincial parliament of Tshopo province, wrapped his body in an insecticide-treated mosquito net after he died unexpectedly. Bafandu’s body needed to be transported from Kisangani to Yaesuli, a village more than 230 kilometers (about 140 miles) away.

Carine Alafu says she was skeptical about using mosquito nets in that way until she saw her neighbor use one successfully.

“Wrapping the entire dead body in a mosquito net allowed my neighbors to keep their family member’s body for two days,” she says.