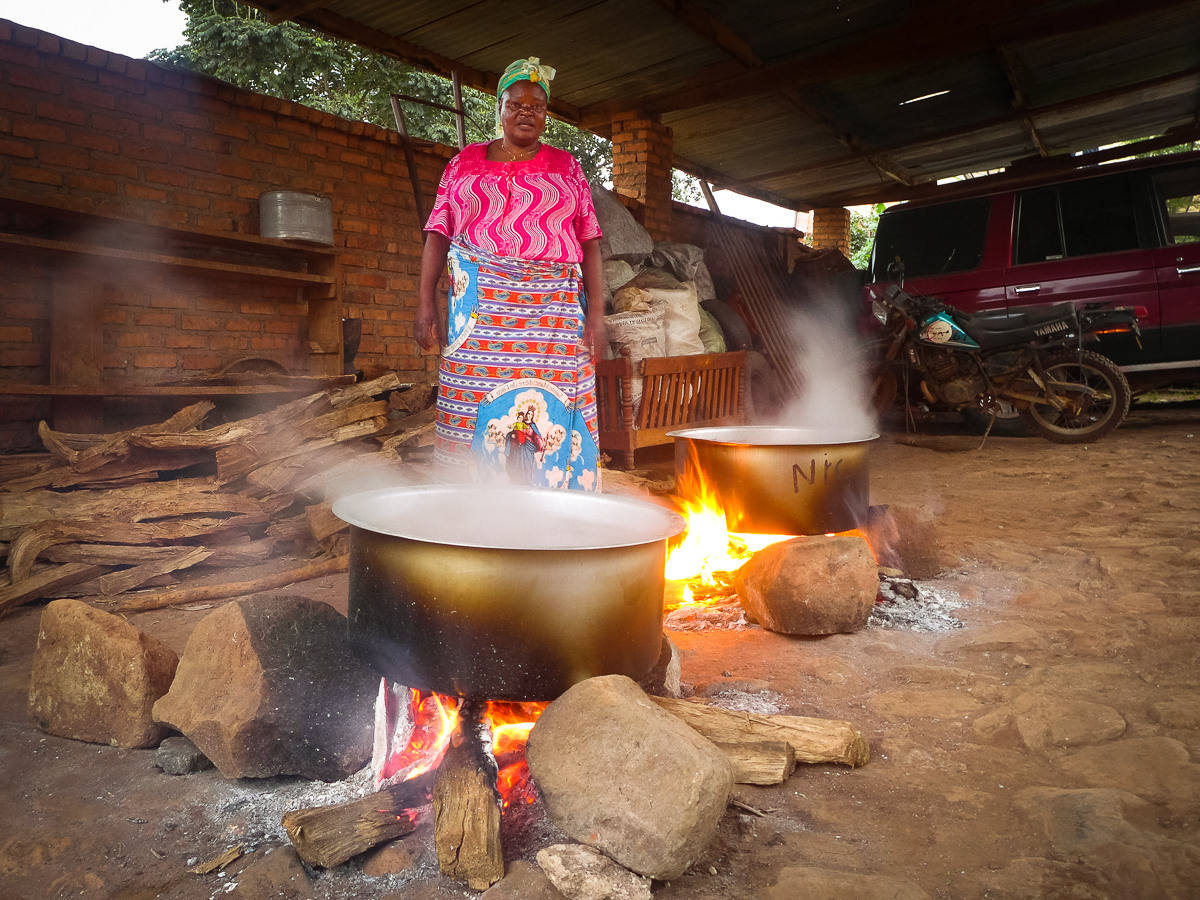 BUKAVU, DEMOCRATIC REPUBLIC OF CONGO — Arlette Muya’s husband serves in the Congolese army in Beni, more than 500 kilometers (310 miles) from her hospital bed in Bukavu, on the southern shore of Lake Kivu. She checked in there to be treated for typhoid, she says, but when she couldn’t pay her $60 bill, the hospital staff didn’t let her check out.

That’s common in DRC, where hospitals keep patients from leaving until their bills are paid. And like many hospitals there, the military facility where Muya was treated doesn’t provide food for its patients. With no family nearby to bring her provisions or help pay her bill, Muya struggles to get what she needs.

But in a country where homegrown charities are unusual, an organization devoted to caring for hospital patients brought Muya rice and beans.

“I encourage them to act likewise with other people from other hospitals,” she says.

Elisabeth Kasongo, a mother of four, says she founded Support Action for Suffering because she wanted to help people who have little money and few opportunities – and she wanted that help to come from local people.

“Initially, people in the neighborhood were reluctant to embrace my charitable ideas,” says Kasongo, 53.

But now, in a country where the average person earns just $410 per year, Kasongo has built a charity that operates entirely with local donations. Each member family is encouraged to donate 4,500 Congolese francs (44 cents) a month.

Some of the money goes to buy meat, rice, beans and fufu, a starchy dish made from flour or tubers. The rest is used to pay medical bills. In many health facilities, patients like Muya are detained until they pay their bills in full, all the while fighting hunger and falling deeper into debt.

“This is a concrete way for us to reach out to the vulnerable people, through our charitable initiatives,” Kasongo says.

Kasongo says her attendance at a local church inspired her to organize the group, which includes people of various faiths. She urges people to live together in unity and love.

Support Action for Suffering has 100 members. When the group gathers at Kasongo’s home, young people slice blocks of soap into bars as women and girls gather up firewood, saucepans and other kitchen tools. Men and women cook the food over a huge fire.

The group distributes its contributions to medical facilities throughout Ibanda, the Bukavu municipality where Kasongo lives.

A nurse at the military hospital, known among locals as FAC, for Force Arme Congolaise, says some women who can’t pay their bills are forced to work off their debt by cleaning floors. But thanks to Kasongo’s group, that situation is no longer common, says the nurse, who asked to remain anonymous. The group paid bills for three patients in the month of June alone, he says.

Deo Bushenyula, a member of Support Action for Suffering, says the group targets health facilities that treat the most serious medical cases.

But the group doesn’t limit its service to hospital patients.

“Our mission is to assist vulnerable people wherever they are found,” he says.

Sometimes, he says, Support Action for Suffering pays school fees for orphans. Last May, it gave food to 80 inmates at Bukavu’s central prison.

Fabien Mushagalusa, head of the Nyawera neighborhood, says the group helps people all over Bukavu. Such charity encourages the people of DRC to set aside their conflicts and other divisions. Members of Support Action for Suffering show love and compassion with what little they have, he says.

The group, he says, “is a great relief for certain poor people in my neighborhood.”

Kasongo says she plans to continue her advocacy work in the hope that a spirit of giving will spread throughout Bukavu.

“Even if I gain nothing from what I do, I am confident that one day it will pay,” she says.